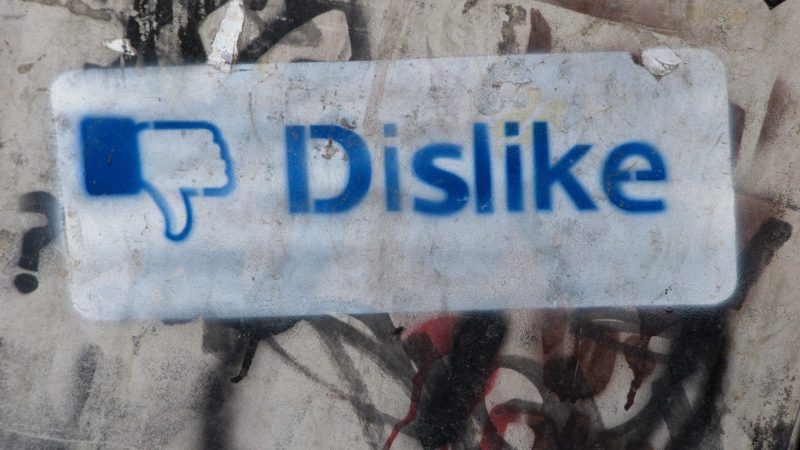 The Advox Netizen Report offers an international snapshot of challenges, victories, and emerging trends in technology and human rights around the world. This report covers news and events from June 26 – July 4, 2019.

A US senator has proposed an amendment that could prevent large social media companies from censoring user-generated content “in a manner that is biased against a political party, political candidate, or political viewpoint.” At a moment when companies like Facebook and Google are under fire globally for enabling the spread of violent and hateful messages, a law that would potentially protect extremist content online might seem absurd.

The proposal stems from fears that social media companies carry a liberal or left-wing bias when they moderate user content, allowing extreme left-wing views to stay on their sites, while removing comparably extreme right-wing views. Although there is no empirical evidence to support this theory (and not much to disprove it either, thanks to the companies’ unwillingness to release their data), it has become a powerful narrative among right-wing politicians and media in the US.

Under the “Ending Support for Internet Censorship Act”, large tech companies would be required to undergo an audit by the Federal Trade Commission to determine whether or not their moderation practices showed bias. Those that failed the audit would lose protections afforded by a key section of the 1996 Communications Decency Act (230) that shields companies from liability for content posted by their users, and protects their rights to moderate content as they see fit, so long as it remains within the bounds of US law. Companies that lost this immunity then could be subject to crippling lawsuits that could put their business models in jeopardy.

Apart from the fact that the amendment is based on conjecture, not concrete evidence of bias, it also proposes a peculiar solution to the problem, given that the Federal Trade Commission has no special expertise in judging political bias on social media.

A handful of global internet companies have amassed unprecedented power to decide what kinds of speech is and is not allowed on the internet. Those based in the US have almost no obligation to disclose where and how they draw the line on content, or demonstrate that they treat users fairly. But amendments like this one (which is unlikely to go far) will not make platforms more transparent in their practices. If lawmakers in the US or anywhere else want to responsibly rein in these powers, they would do well to pursue a path based on evidence and documentation of harm, rather than politically-charged speculation.

Cuban state regulations already impose tight restrictions on what types of websites can be hosted in Cuba at all. According to item 28 on a long FAQ offered by telecommunications officials, publications that constitute “news media” cannot seek hosting on Cuban servers. Furthermore, for bloggers and others who write independent commentary, the rules prohibit content that “contradict[s] any provision of law or governmental act” or that could disrupt “public order.”

“The law leaves independent media without ‘legal’ hosting options,” said local journalist and Global Voices author Elaine Diaz. “By imposing fines, they are criminalizing a decision that should not have any legal consequence.” Diaz is the editor-in-chief of Periodismo de Barrio, an independent media group based in Havana.

Internet disruptions in Iran and suspect reasons from the government

On the evening of June 26, access to the global internet was widely disrupted across Iran. Most internet service providers underwent a disruption or total shutdown for a period of roughly two hours. However, connections to websites and services hosted in Iran and connected to the country’s national intranet remained accessible.

Iranians on social media who had internet access reported the outage on Twitter and elsewhere, as did the internet censorship research group, NetBlocks. Iran’s ICT Minister blamed the outages on disruptions caused by connections from international cables in Europe. But evidence documented by ARTICLE19 indicates that state authorities may have had a hand in the disruptions.

An investigation by The Guardian and other outlets revealed that Chinese border security agents are secretly installing surveillance apps on the phones of visitors who cross the border into China’s Xinjiang region from neighboring Kyrgyzstan.

The app scans emails, texts, and contacts against a large list of content associated primarily with Islamist extremism, but that also includes items related to fasting during Ramadan, literature by the Dalai Lama, and even a Japanese metal band. Tourists interviewed by The Guardian say were asked to unlock and hand their phones to the border guards, who would then take the devices to a separate room before returning them sometime later. The visitors were never told about the software or its purpose.

China’s Xinjiang province is one of the most heavily surveilled places on earth. Citizens, particularly ethnic Uyghurs, who are commonly Muslim, are subject to round-the-clock monitoring through tracking apps, facial recognition cameras and voice printing. Human rights organizations estimate that around one million ethnic Uyghur Muslims are being held in so-called “re-education camps”.

Award-winning writer Shakthika Sathkumara has been in detention in Sri Lanka since April for publishing a short story on Facebook that included references to homosexuality and child abuse among Buddhist monks. Supporters fear Sathkumara will be charged with “inciting religious hatred,” for which he could face up to 10 years in prison.

Nigerian journalist Jones Abiri, who has been in the custody of Nigeria’s state police since late March 2019, was finally charged with sabotage, terrorism and cybercrimes on May 22. Abiri was first arrested in 2016 and detained without trial for two years before he was released on August 15, 2018.

Angela Quintal, the Africa Program Coordinator of the Committee to Protect Journalists, described Abiri’s re-arrest as demonstration of the “brazen willingness of the Nigerian government to intimidate and harass the press.” She further called on the Nigerian government to immediately free Abiri, in order for the journalist to “continue his work without fear of retaliation.”