A CNL regional office was burned to the ground 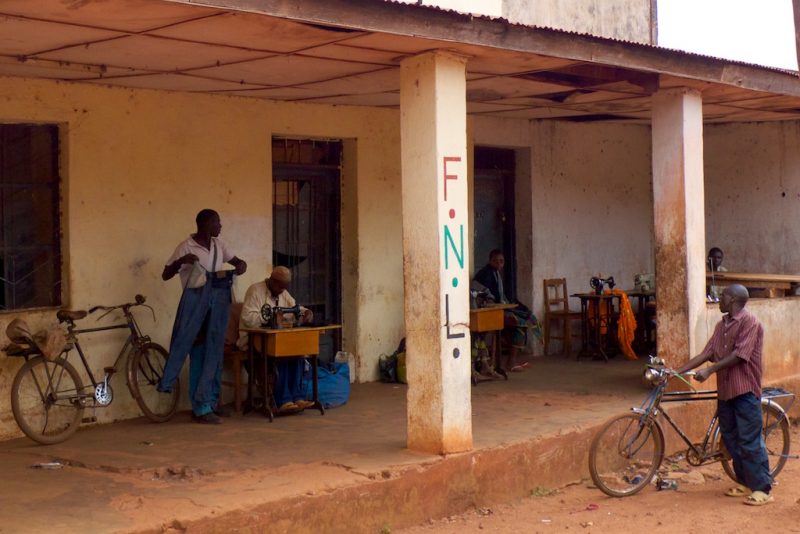 In Burundi, a new political party called the Congrès National Pour la Liberté, or CNL, registered in February. Since then, opposition party harassment has spiked. Human Rights Watch recently documented “rampant abuses” against the CNL and called on the United Nations for targeted sanctions.

Since CNL’s recognition, harassment against them has reportedly risen countrywide.

Shortly after, CNL members were imprisoned, accused of burning their own party’s office to “tarnish” Burundi’s image, according to Tharcisse Niyongabo from the Interior Ministry.

Opposition members – particularly CNL but also others – have been arbitrarily detained, beaten and frequently accused of “illegal secret meetings.”

Over-zealous Imbonerakure – the increasingly powerful youth wing of the ruling party — have reportedly acted with impunity to show party loyalty, which encourages hard-liners. According to Iwacu's report on the Kirundo province in particular, local officials and police often cooperate with Imbonerakure.

Government officials have responded to these incidents of violence with denial or rejection of their political nature, blaming it instead on drunkenness or land disputes.

With media clampdowns such as bans on the BBC and Voice of America, along with low media coverage in rural areas, many violent cases likely go unreported.

CNL spokesperson Térence Manirambona said on April 30 that the intimidation was “a plan” to shrink the political space and called for the release of all political prisoners. Catholic priests have also criticized political intolerance.

The 2015 electoral crisis around the legality of the president’s third term saw clashes and assassination attempts, such as on rights activist Pierre-Claver Mbonimpa. Political violence became less visible, but arrests and disappearances continue. Today, public attacks by government supporters on opponents are now increasingly reported.

CNL leader Rwasa comes from the National Liberation Forces, or FNL, formed out of an armed force from Burundi's 1993-2005 civil war. His party split in 2010 after the ruling party offered government positions if Rwasa's leadership was ousted, and he then led the still “unrecognized” faction — the government has exploited divisions in opposition parties by recognizing more compliant leaders.

After the 2015 election, the Amizero y’Abarundi — a coalition of independents, which Rwasa also leads, became the main parliamentary opposition. However, the coalition cannot run in 2020 elections, following controversial constitutional changes in 2018 restricting independent candidates and coalitions.

The government rejects criticism as misinformed or imperialist and seems prepared to double down on local and international critics. PARCEM, a Burundian governance nongovernmental organization, was recently suspended for “tarnishing” Burundi’s image after a campaign highlighting socioeconomic problems.

Pro-government protests were organized in early June against French media for “tarnishing” Burundi's image, and the demonstrators “warned” Rwanda against war, referring to perceived interference from the neighboring nation.

This biased report is an extension of the external conspiracy to destabilize #Burundi since 2015, whose int'l @CrisisGroup is a key player alongside countries that finance its operating budget & continue to harass ??.This ?? is strong&the great people of ?? is ready to die for it https://t.co/HJIZZNLVPl

In March, the International Organization for Migration reported 124,578 internally displaced people, and the UN recorded over 346,000 Burundians still in refugee camps in May, with thousands more elsewhere.

Burundi will hold elections in 2020. But many opponents are scattered in exile, and the CNARED (National Council for Respecting the Arusha Peace Accord and Rule of Law) opposition coalition in exile has fragmented, losing several members.

Some opposition leaders, both those in exile and in-country, met in Kampala, Uganda, in early May to discuss 2020 elections and consider a new common platform.

Previous attempts to unify opponents have struggled, however, and divisions over election strategy are again apparent. Charles Nditije, for example, of “unrecognized” UPRONA party, argued for the opposition to boycott 2020 elections, as some did in 2010 and 2015.

The government is firmly focused on elections. It changed the constitution regarding term limits and lawmaking, made a roadmap known as the Kayanza “feuille de route,” established electoral rules and announced the 2020 electoral calendar.

ICG warned of risks of election-related violence and called on the African Union and others to reengage the government by sending observers.

The risk of organized, armed violence is on the rise.

Soldiers opposing the president’s third term attempted the 2015 failed coup and ICG has also discussed military divisions, partly from the civil war. Following the coup, highly-organized assassinations occurred along with reprisals between rebels and security services.

Increased repression of opposition links to violence over the border as well: Burundian armed rebel groups are among those active in the eastern Democratic Republic of Congo, fighting against DR Congo troops, Burundian government troops and Imbonerakure; conflicts in DR Congo's South Kivu province have displaced over 25,000 people according to UN experts. Reports of unidentified armed men speaking Kirundi (Burundi's national language) attacking Tanzania’s refugee camps have also circulated, but Burundi's government has denied this.

As political space shrinks, armed groups may feel increasingly emboldened, and the Burundian government may continue sending armed agents against them.

Within Burundi, opposition supporters are often outnumbered and scared to react to provocation. However, Burundian blogger Igor Giriteka, worries that CNL will not remain “punching-balls.” Iwacu reported a case where local opponents organized and fought back against Imbonerakure, who were then targeted for attack. This retaliation and escalation can lead to continued clashes if tensions do not calm ahead of 2020 elections.