Some claimed that the ad mentioned Quranic verse as stained 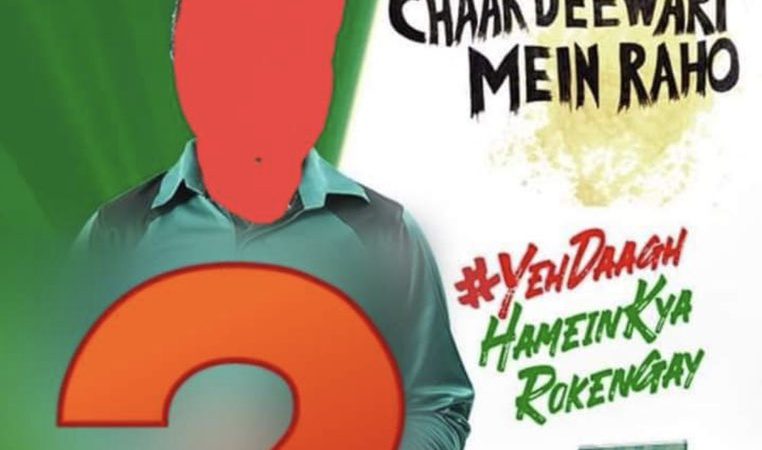 Widely used banner condemning the Ariel detergent ad. The slogan in black reads, “Stay within the four walls” and the slogan in red and green reads, “These stains can't stop us”.

In Pakistan, angry netizens have taken to social media to boycott the Proctor and Gamble detergent brand, Ariel. This came after the company aired an advertising campaign this June that supported women breaking away from conservative gender norms.

The campaign did not sit well with conservative religious audiences who demanded it to be discontinued and all advertisements removed from media platforms. Many of Ariel's past campaigns have been aimed at educating the public about issues related to feminism and human relations; however, none have generated as much much controversy:

The campaign featured phrases that can often be heard when women step outside of their expected roles: “Stay within the four walls of the house,” “What will people say?” “You are a woman” “You have studied enough, now look after the house.” The ad shows women from all walks of life and professions, like housewives, doctors, journalists, and engineers, finally ending with Pakistan's women's cricket team captain Bisma Maroof saying, “These are not statements but stains. How can they stop us from achieving our dreams?”

Soon after the ad was aired, a #BoycottAriel hashtag started trending on Twitter. Some netizens voiced their outrage, claiming that the campaign was asking them to deviate from the path of religious teachings. Some claimed that the ad mentioned a Quranic verse as stained. Many people quoted lines from Islamic Scriptures to prove their point. A number of people even reached out to the Pakistan Electronic Media Regulation Authority (PEMRA) and asked that the ad be banned. Another segment wanted charges of blasphemy to be brought against the company.

A religious organization took to Twitter to condemn the ad and ask PEMRA to take action:

#BoycottAriel
Arial’s ad that calls our religious and social values as “stain” has been an attempt to promote secular  agenda in the name of freedom. We strongly condemn it and demand PEMRA to take strict action against it.

Another person compared Muslim women to a “Starbucks” coffee cup in his Tweet:

Translation: Islamic covering is like Starbucks logo, once you remove it it becomes cheap just like when you remove the hijab from a Muslim woman.

One tweet questioned why the company was misguiding people when the Quran has asked women to stay indoors:

kindly have a look at this cheap ad of ariel , they are making fun of our religion .. retweet it as much as u can .. lets make it a top trend #BoycottAriel#Arielhidaaghhai
#ArrestModelTownCulprits pic.twitter.com/sh2RYCNEjK

Translation of the banner: Is it a stain for women to live inside 4 walls?
Have we come down to this that just to make ads people will make fun of the holy scripture? Anyone using such tactics should be boycotted.
Quotes Surah Al Ahzab from the Holy Quran:
“And abide in your houses and do not display yourselves as [was] the display of the former times of ignorance.”

Tweets also asked PEMRA to take action against these types of ads because they were part of the liberal agenda:

Please take action against these liberals, who prompting liberalism in Pakistan.@reportpemra#BoycottAriel pic.twitter.com/zzuSewP0lJ

On the other hand, a number of people supported the ad, saying that Islam allowed women to be independent.

Researcher Ammar Rashid questioned the religious mindset of those who are in favor of the boycott:

Pakistanis: Islam is the most feminist religion. It already gave women all their rights 1400 years ago.

Ariel ad: Locking up women inside their homes all their lives is a bad thing.

Another tweet favored the campaign by giving reference to Hazrat Khadija’s status:

Why is #BoycottAriel trending. Prophet’s (pbuh) own wife H Khadija was a successful businesswoman. H Omar appointed women as the market controller in both Makkah and Medina.

Just checked out #BoycottAriel hashtag trending in Pakistan. Apparently Pakistani men are furious tht women r being told they shouldn't stay indoors and most cite religion as a justification. When will we get rid of such toxic [religious] masculinity?

This is not the first time that an advertisement stirred controversy around gender norms in Pakistan. A few months back, Careem, a ride app, released an ad stating that if a bride wanted to run away from her wedding she could call Careem. The uproar from the public caused the ad to be pulled from media outlets.

Like the Careem ad, aggressive public response has caused the Ariel advert to be taken down from social media sites and from TV. However, in the short time that it was telecast and shared on social media, it touched cords that many agree need to be strummed more often.