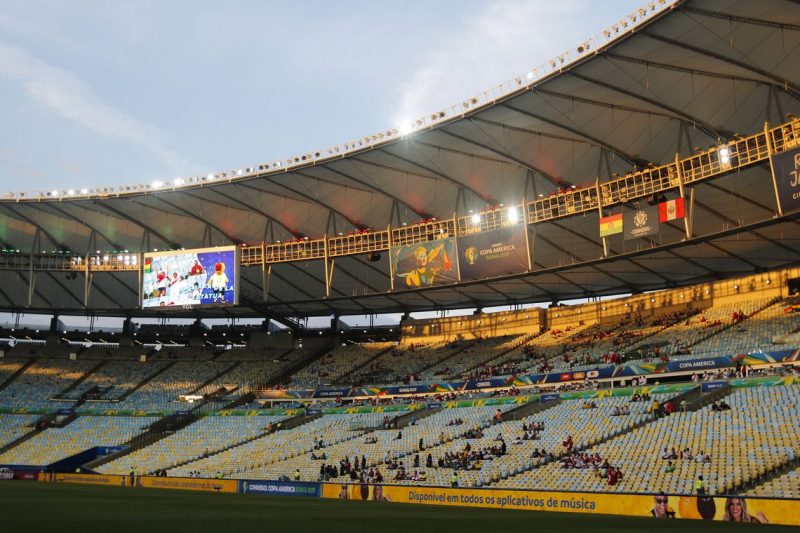 While some of the world's best football players are on the field, TV cameras show thousands of empty seats in the Brazilian stadiums hosting this year's Copa America, South America's regional world cup. That's an unusual sight for such a high-profile international football championship, least of all in the world capital of the sport. Somehow, though, it has been the reality of this year's tournament.

Copa America is a tournament between the national teams of the countries part of CONMEBOL, the South American Confederation of Football. It has taken place every four years since 1916 — the world's oldest football championship of national teams. A few teams from outside CONMEBOL countries are usually invited to participate. In 2019, those are Japan and Qatar.

This year's tournament will take place from June 14 to July 7 in Brazil, a country that has recently hosted the FIFA World Cup (in 2014) and the Summer Olympics (in 2016, in Rio de Janeiro).

But such hefty gains are driven primarily by the steep ticket prices rather than attendance. As Brazilian newspaper Folha de S. Paulo reports, the average ticket price of the match between Brazil and Bolivia match cost 485 Brazilian reais (126 US dollars), almost half of the country’s minimum wage. While prices varied between 190 and 590 reais (49 and 153 US dollars), VIP seats ranged between 1,600 and 4,300 reais (415 and 1,117 US dollars respectively).

The opening match in Morumbi stadium in São Paulo had an occupation rate of 69 percent of its seats, the tournament's highest so far. CONMEBOL says first eight matches had an average attendance of 29,500 people, but that seems to have been driven primarily by games played by Brazil or Argentina. In turn, most other teams are playing for near-empty stadiums.

As reported by news site UOL, Uruguay’s first match totaled 13,611 payees. Venezuela and Bolivia had the poorest attendance so far with only 4,640 payees — less than 7 percent of the capacity of Mineirão stadium where the match was played.

No one likes to see an empty tribune. No one does. And you know it, it’s weird, it’s complicated. This situation caught our attention

Journalist Breiller Pires, writing for Brazil's version of Spanish newspaper El País, has noted on the steady increase on ticket prices in the recent history of Copa América:

In Venezuela’s 2007 Copa America, long before the country’s economy collapsed, the cheapest tickets for the final stage costed less than 10 US dollars. Just a little over a decade later, the “popular” tickets for less atractive matches are being sold for three times as much, despite the economic stagnation in Brazil and its neighbors such as Argentina, and not counting the chronic crisis in Venezuela.

Mariana Vantine, who researches football and economic policy, compared tickets prices with minimum wages in Brazil and France, the host country of the 2016 Euro Cup:

About Copa America and the empty stands:

I've made this humble table comparing with the Euro 2016. The relationship between minimum wage and the price of the cheapest ticket in each host country is something we should all pay attention to.

Many journalists and fans have pointed that the event itself was poorly promoted by CONMEBOL and the host cities as well. Empty seats don't seem to bother the federation as long as there is a guarantee of profitable sales, says Impedimento, an anonymous Twitter account that comments on South American football:

CONMEBOL didn't worry about any of this when they've priced the tickets. And why would they? They're breaking revenue records even without packing stadiums. In 2024, they might even come up with a hologram system just so they won't have to worry about the inconvience of accomodating people inside the stadium.

An empty football stadium in high-profile leagues is rare in this corner of the world. Just take a look at the historic images of a swarming Maracanã in Rio de Janeiro in the 1950 World Cup final, when Uruguay defeated Brazil and cast a deafening silence across the stands. Any match in national championships around the region, such as those held in La Bombonera, in Argentina's capital Buenos Aires, will have a sizeable attendance.

In South America, it's impossible to dissociate football culture from social class. Eduardo Galeano, an Uruguayan writer and football fan, wrote in his “Football in Sun and Shadow” (Fútbol a Sol y Sombra, in Spanish) that the first clubs created by the Plata River were organized by the port's blue-collar workers. Anarchists and socialists, Galeano says, at that time accused the teams at that time of “bourgeois machinations” to dissuade striking and mask class differences.

Breiller Pires states that the “gentrification process” that is taking over football is to blame for Copa América's poor attendance. Surrounded by corruption scandals, heads of federations and associations have “bought into the idea that by excluding the poor would help end the episodes of violence in the stadiums, as if the violent act of prohibiting passion would justify that experiment,” Pires says.

The question remains: is an empty stadium worthy of South America's football legacy?