“Language is also a form of resistance”

Alejandra Sánchez's speech in the Legislative Palace of Mexico 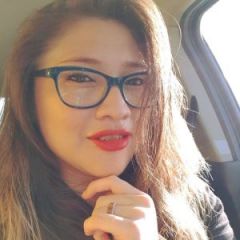 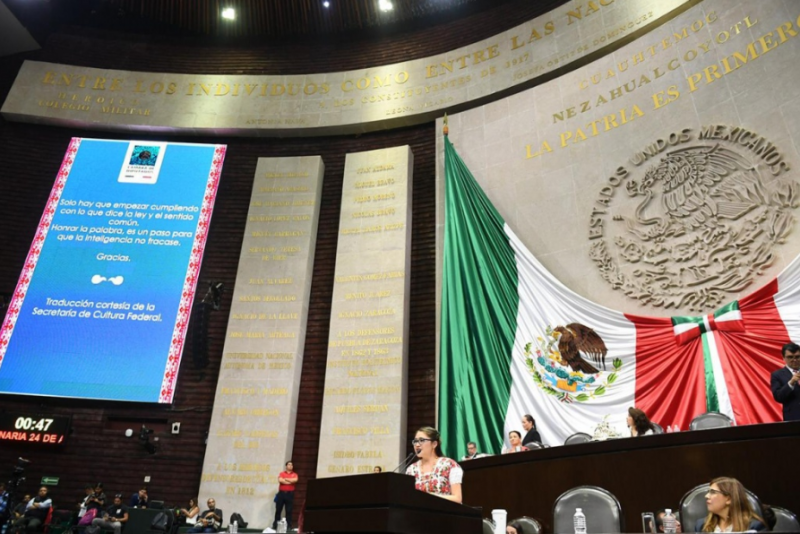 Photo by Fernando Eloy and used with permission.

To commemorate the International Year of Indigenous Languages, governmental, academic and civil society institutions have joined forces to organize many activities, including participation in government spaces by members of indigenous communities working in defense and protection of their languages. One of these events took place in Mexico's Chamber of Deputies, on April 24, 2019, when Alejandra Sasil Sánchez Chan gave a speech in the Mayan language. Sánchez  made history by directly denouncing, at the country's seat of power, the dangers that contemporary Mexican culture pose for the indigenous heritage of the country. The original text can be read here.

The Maya civilization is mainly known for its architecture that still stands, but in today's world it also survives through its language: a language that is also a form of resistance, which aims to preserve our identity. The power of the word transcends governments and political, social or territorial limits. This is where the wealth of our peoples is found.

The use of our native languages allows them to remain indelible on the linguistic map of Mexico, and this helps the survival of the social values, language and culture that are part of this colonization inherited from the Conquest.

The UNESCO Atlas of World's Languages in Danger indicates that there are 6,000 languages in the world, and that 2,500 of them are in danger of disappearing. The Atlas also points out that Mexico ranks fifth among countries with the most threatened languages. This is because out of the languages spoken in this country, 46 can be considered vulnerable, 35 clearly endangered, 33 seriously threatened, and 19 in a critical situation. In total, 133 languages are in danger.

Currently, speaking an indigenous language means keeping the root of its words intact. It allows our very essence and vision of the world that is woven within language to find new ways of thinking, and our cultural identity to evolve with each voice that finds the legacy of its ancestors in its mother tongue.

It is not by chance that linguists conceive of languages as trees, with thousands of branches growing interconnected. Trees with great roots fell under the weight of discrimination and oblivion. Many worldviews, poems, aesthetic expressions, sounds and knowledge vanish with every language that ceases to exist. This cultural devastation should hurt us profoundly, because it is like we are uprooting a tree that was planted generations ago.

Now we only have words, words that are creative and strong, to show us the road; evolving and leading us towards new ways of surviving in this country, as a testimony of our world. For that reason, the Mayan language and all sister languages must become a written medium, as proof that our roots can survive, and through which the next generations will have a starting point towards new ways of preserving their voices and their roots.

For a long time we were the tree. Now we are the shadow, the fallen logs, dried or burned; the lands that have been taken from us by the factories and big industries, the struggles that have been lost against the strength of the State's official status; the abuses that our people have lived through the years and that have been normalized. We have to raise our voice, indeed. And even more important, we have to go beyond being just spectators. We have to act.

That is why it is critical to put into action what was established in the Constitution, in the agreements and laws. The General Law of Linguistic Rights, in its sixth article, stipulates that: “The State will adopt and implement the necessary measures to ensure that the mass media disseminate the real linguistic and cultural diversity of the Mexican Nation.” ILO Convention 169 states in Article 16: “States shall take effective measures to ensure that State media properly reflect indigenous cultural diversity.”

This means the creation of media from our own vision, media that addresses our concerns and shows the world that there are more complex issues than corporate ambition. For example, K'iintsil, the only newspaper in Mayan language in the Yucatan Peninsula, for four years has been publishing articles with a historical significance. The newspaper's motto honors and teaches about our wisdom and our language, making it visible everyday.

There is an urgent need for educational systems that incorporate the wisdom of our peoples, which do not perpetuate the idea of ​​colonization; systems of economy, art, health, entertainment, everything conceived from our worldview.

Each word is like a heartbeat that continues to be heard against all odds, each letter in books and digital media is another form of freedom—a way to end marginalization and racism, because we are the ones who carry the voice of our parents and grandparents with dignity and pride.

That is why it is important to increase the means we have to communicate, to enjoy our language and explore its multiple ways of creating new worlds, and other ways of envisioning our future. We want to have more spaces where we can communicate and live freely; spaces where our mother tongues can exist as they once did before the Conquest.

I do not want my voice, nor those that have preceded or will follow me, to be applauded just for being spoken in this space. As a citizen of the Mexican State, I demand that my language, our languages ​​and peoples, have the same opportunities to survive and exist without the fear of being extinguished. To achieve this requires that those who have the capability to do something within legal and official frameworks must act now, in every way they can.

The start is complying with what the law and common sense stipulate.

Honoring the word is the first step so that wisdom does not fade away.