The Rakhine clashes are underreported by the national media 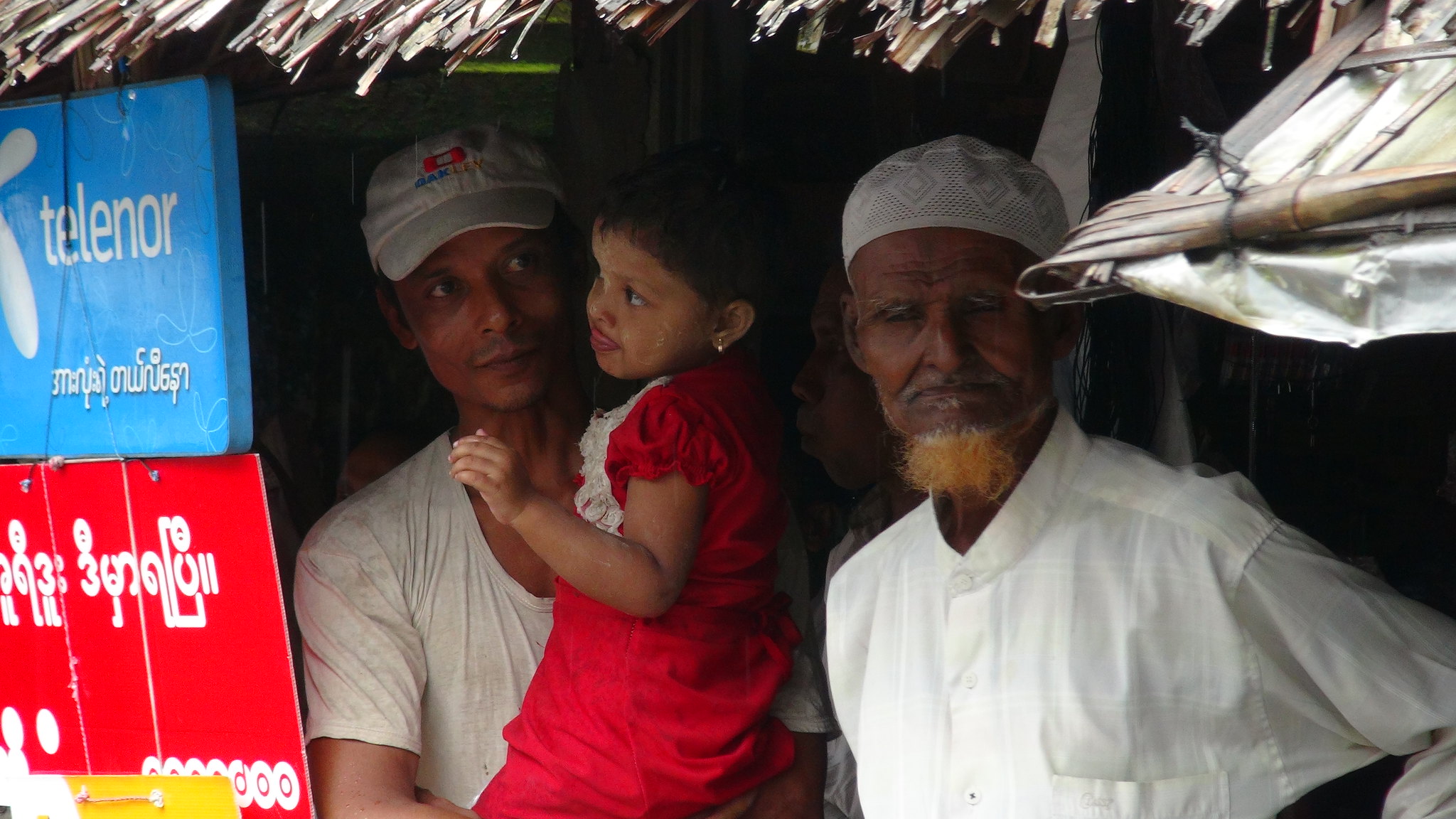 The following article is written by a Myanmar writer who preferred to remain anonymous for security reasons.

On 21 June the government of Myanmar disabled the internet indefinitely in select locations in the states of Rakhine and Chin allegedly to maintain peace and order in these areas.

Telenor, Ooredoo, Myanmar Post and Telecommunication (MPT), and MyTel companies were ordered by the government to cut off the internet in eight locations in the Rakhine state of western Myanmar and one location in the Chin state of northern Myanmar. Voice calls and SMS remain in operation. As of this writing, the internet is still disabled and there is no announcement as to when services will be restored.

The Permanent Secretary of the Ministry of Transport and Communications, U Soe Thein, explained that the measure is meant to “maintain security, peace, and order.” Rakhine state and the southern part of Chin state have been the sites of clashes between the Myanmar military and the Rakhine ethnic armed group Arakan Army (AA) since 2015.

Formed in 2009 to demand self-determination in the region, the AA frequently clashed with the Myanmar military and the encounters intensified after August 2015. The most recent fighting broke out in April 2019.

Rakhine state is a multi-ethnic western region of Myanmar with a predominantly Buddhist Rakhine population of around 4 million. Meanwhile, the Rohingya, who are Muslim ethnic minorities living in the state, are estimated to have a population of one million. The Myanmar government does not recognize Rohingya as an ethnic people of Myanmar and many of them are not granted citizenship.

Rakhine state came under international attention again when the Myanmar military launched a ‘clearance operation’ against the Arakan Rohingya Salvation Army (ARSA) following the attacks made by the latter on 25 August 2017. This conflict with the ARSA resulted in dozens of killings and the burning of Rohingya villages which forced tens of thousands of people to escape and seek refuge in the neighboring country of Bangladesh. 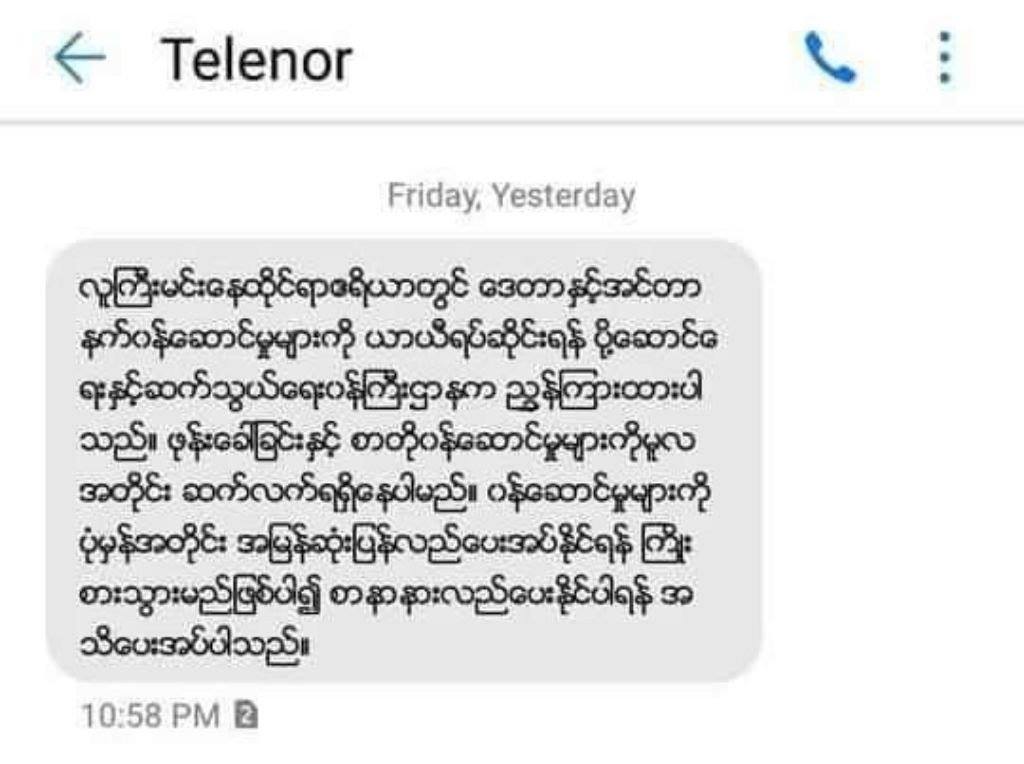 On the night of 21 June mobile operators sent text messages informing subscribers that “internet and data services are temporarily disabled due to the order of the Ministry of Transport and Communications. Voice call and SMS will still be operational.” Screenshot taken from Narinjara News.

Under the Telecommunication Law Article 77 (2017), the Myanmar government has the power to work together with service providers to control or stop communication services for the public good. Maung Saungkha from the Myanmar Freedom of Speech Organization, Athan, said that disabling the internet is not a new phenomenon in Myanmar, citing as an example the government's decision to disable access to the internet in response to the anti-government protests of 2007 (which came to be known as the Saffron Revolution). Saungkha warned that disabling mobile data and internet connections could be a prelude to more human rights violations, urging the civilian government not to be an accomplice in rights violations and to lift the internet restriction to allow people to share information about their situation.

There is no particular reason provided by the government as to why the internet needed to be disabled at this specific moment. Local advocates see the measure as a tactic to restrict local communication or prevent the latest ground information on the situation of the war from getting out. While voice calls and SMS messages can be intercepted, end-to-end encrypted internet messaging apps are more difficult to monitor. In a recent press conference, an army spokesperson denied knowing the details about the order restricting access to the internet.

On 24 June, three days after the cut-off started, a group of civil society organisations based in Myanmar's second capital city Yangon, published a joint public statement calling the government to lift internet restrictions in the affected areas and review the existing laws making such restrictive measures possible. In addition, the Rakhine State Parliament put forward an urgent request to the Union Parliament to immediately lift the restrictions.

Although the local news agency Narinjara regularly reports news of civilian casualties and even the government's arrests of civilians accused of being connected with the Arakan Army (AA), the Rakhine clashes are still underreported by the national media. The region is also inaccessible to many mainstream media networks because of government orders to control information about the armed clashes and military operations, especially those involving the Rohingya in the past. This partly explains why disabling the internet in a major region in the country for days has received only minor coverage in the media and elicited little reaction from the public.