Years after eviction by an oil extraction project, a Ugandan community waits for justice 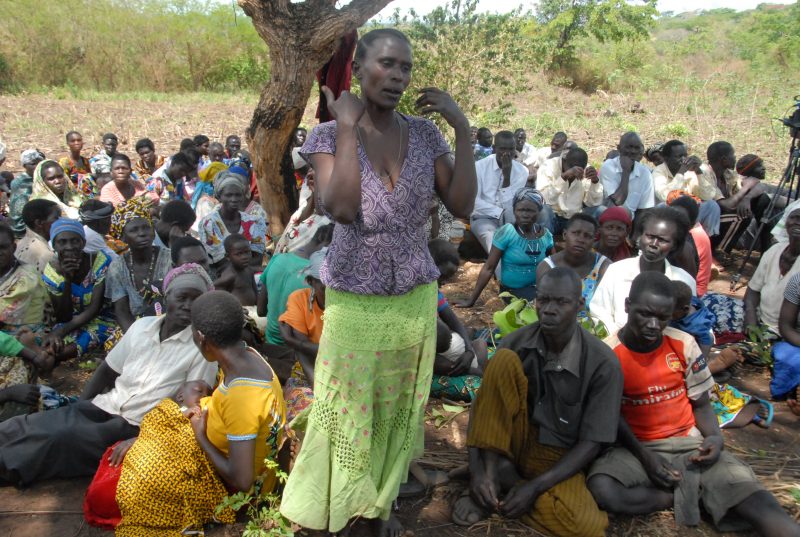 A resident of Rwamutonga affected by the eviction speaks at a community meeting. Photo courtesy Winfred Ngabiirwe. Used with permission.

In August 2014, Onyera Lucy and other residents of Rwamutonga village in the Hoima district of Uganda woke up to gunshots and teargas. Their homes were burned, farms destroyed, and property looted as they were forcefully evicted from their homes to make way for a U.S.-backed oil waste treatment plant.

For the past five years, Lucy has been living in limbo and travels from Hoima to Masindi every few months, carrying the hopes of her community as she seeks justice for their land. Every journey takes her more than two hours and involves motorcycle and bus connections. For the last five years, she has returned from every trip empty-handed with no news on the status of their land ownership.

Discovered more than 12 years ago, Uganda’s commercial oil reserves are estimated at 6.5 billion barrels, with the potential to bring in revenue of over US$50 billion over 25 years. But oil extraction and related infrastructure are happening in areas—like Lucy's village of Rwamutonga—where land rights and land tenure are not clearly defined. As a result, local communities are losing out.

Discovered more than 12 years ago, Uganda’s commercial oil reserves are estimated at 6.5 billion barrels, with the potential to bring in revenue of over US$50 billion over 25 years. But oil extraction and related infrastructure are happening in areas—like Lucy's village of Rwamutonga—where land rights and land tenure are not clearly defined.

Before the evictions, the residents of Rwamutonga had lived and farmed on the land for more than 30 years. Land had been allocated to some people by the area chief, while others inherited it from their parents in keeping with local custom. But many were never given formal title deeds.

After the 2014 eviction, the members of over 200 households lived for 30 months in a makeshift camp near the contested area. In early 2017 they were allowed to return while they waited for a court ruling on the ownership of the land. 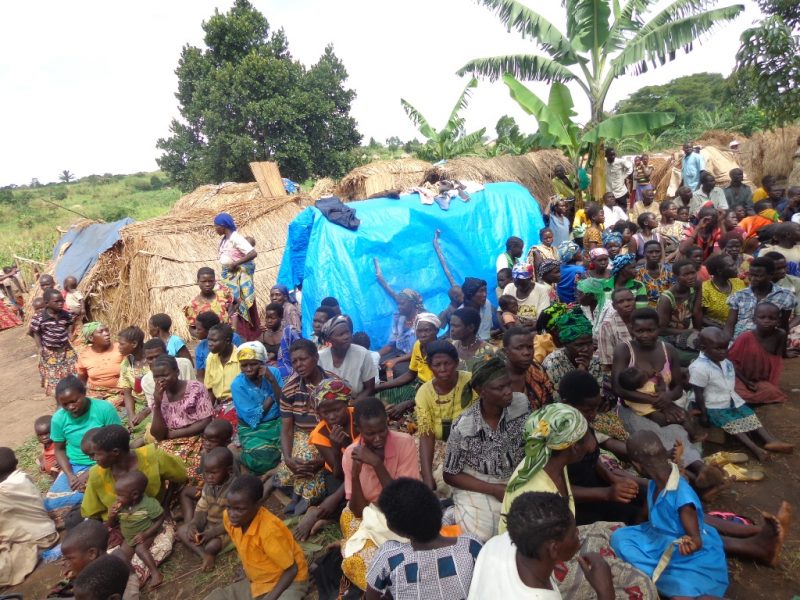 The situation in Rwamutonga is being replicated across Africa and around the world where natural resources have been discovered.

The World Bank reports that only about 10 percent of rural land in sub-Saharan Africa is registered. The rest is undocumented, informally administered and thus vulnerable to land grabbing and expropriation without adequate compensation.

In Rwamutonga, for example, residents had been farming cotton, tea, maize and cassava for decades. Strong land rights would help to protect these livelihoods.

Too often, the revenue opportunity from oil extraction has led governments to engage directly with investors without adequately consulting and involving communities and local governments who could bring the question of customary rights and interests to bear on the decision-making process.

The Government of Uganda has an opportunity to change this pattern. Treating local communities as equal partners in extractive projects and respecting their property and human rights, including seeking prior informed consent for such projects, is the first step towards creating true economic development.

The residents of Rwamutonga should have been consulted before any agreement was made to sell the land for use as an oil waste treatment plant. Direct engagement with local communities in the planning of extractive projects would allow the government and investors to understand local interests, concerns, potential areas of disagreement and in the process builds trust and reduces the risk of conflict. Reduced conflict also reduces economic losses, and therefore can increase revenue for governments and investors.

Direct engagement with local communities in the planning of extractive projects would allow the government and investors to understand local interests, concerns, potential areas of disagreement and in the process builds trust and reduces the risk of conflict.

While the government of Uganda is not directly responsible for human rights abuses by private actors, they should ensure that extractive companies respect local laws and regulations. If necessary, the should use international human rights laws to prevent, investigate, punish and redress such abuses.

The U.S. company has pulled out while seeking financial damages, and the oil plant in Rwamutonga has not gone ahead. Yet no redress has been offered to the residents for their forceful eviction.

Lucy and her community continue to seek justice through the Ugandan court system with the hope of obtaining legal claim to their land. But postponed court dates, poor legal representation and political interests have hampered their progress and it seems likely they could lose their land, making them homeless once again.

Winfred Ngabiirwe is the executive director at Global Rights Alert in Uganda.