Is China headed towards another Cultural Revolution?: An interview with Professor Xu Youyu

Is China moving towards another Cultural Revolution? 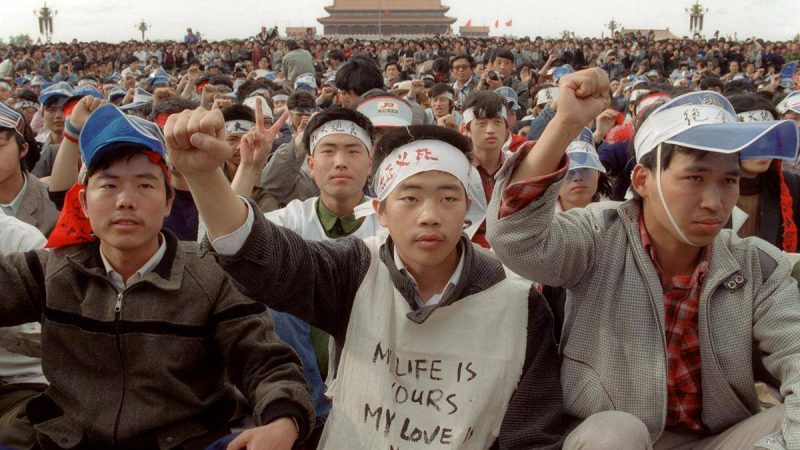 Students from Beijing University stage a huge demonstration in Tiananmen Square as they start an unlimited hunger strike as the part of mass pro-democracy protest against the Chinese government, on May 18, 1989. Catherine Henriette/AFP/Getty Images. Historical Photo under Fair Use.

This interview by Filip Jirouš originally appeared in Czech on Sinopsis.cz as part of a series on the 30th anniversary of the Tiananmen massacre. An edited version is published below as part of a content-sharing agreement.

Xu Youyu is a political science scholar who has conducted extensive research on China's Cultural Revolution. He sympathized with the protesting students during the 1989 democracy movement and stayed in the Square until the last possible moment before the Tiananmen Massacre in 1989. He is one of the signatories of the Charter 08, a manifesto which demands Chinese constitutional reform. He was briefly detained in May 2014 for organizing a June 4 seminar and since November 2015 he has become a visiting scholar at The New School in New York.

Sinopsis.cz interviewed Xu about his experience during the 1989 protests and his views on the current social climate in China today.

Sinopsis (S): 2019 is the 30th anniversary of the Tiananmen Massacre. What's your feeling at this special moment?

Xu Youyu (Xu): I feel sad. Justice has not been served to those who were killed, suppressed and jailed. Those who were exiled still can not return to their homeland.

Xu: I have forgotten when exactly. Between April 15 to 20, I started observing student protests and rallies in streets. By May, I participated in all kinds of rallies. I hoped the government could take students’ demand positively and resolve the conflicts and antagonism according to the law.

Xu: I consider it successfully if the student protests were not repressed. That’s why I don’t think […] that the movement was doomed to fail but that it had a number of opportunities to be successful. The best opportunity was during Mikhail Sergeyevich Gorbachev’s China visit. The students could have retreated from the Tiananmen Square and returned to the campus. By end of May, the radical voices always gained a upper hand than the rational voices among the sit-in students in the Tiananmen Square. There wasn’t any legitimate leaders in the Square, if things got out of control, the consequences would be disastrous.

S: Did you stay in the Square until the last minute? What was the atmosphere among the activists?

Xu: I retreated with the last group of students from the Southeast corner of the Square. People were in anguish and depressed.

S: You attempted to persuade student activists to retreat from Tiananmen before the tanks moved in. Why did you do that? Did you foresee the tragedy approaching? How did they respond to you?

Xu: I tried to persuade the students to retreat from the Square and return back to school near the end of May. I told them the military troops had started to mobilize and would start cracking down on the protests. Two postgraduate students from Beijing Steel and Iron Institute in the sit-in area rebuked me: “How could people’s army repress its own people?”

S: Many people said the 1989 democracy movement is a student movement. However, there were teachers, workers, police officers, and soldiers standing by the young people in the Square. Among these groups of people, did they hold different views and sentiments?

Xu: People from all walks of life supported the students and expressed their sympathy. Among the supporters, the intellectuals spent more time reminding the students to take care of themselves and their bodies. They reminded the students to take long term considerations and avoid unnecessary sacrifice. They told them the path to democracy is very long and they had to be persistent.

S: Are you in contact with other Charter 08 signatories? Does anyone regret giving their signature? [Note: The open call for constitutional reform was initiated by Liu Xiaobo, Nobel Peace Prize laureate who was jailed for supporting the 1989 student democracy movement. Liu passed away in July 2017 during his fourth prison term.]

Xu: We are still in contact and no one regrets.

S: You have participated in the ceremony for the unveiling of Liu Xiaobo’s brass bust in Prague. How do you feel about the event?

Xu: First of all, the brass bust is an invaluable piece of art. It touches and shakes the heart of the audience. Secondly, I am impressed to see that fact that people from the Czech Republic and Europe would commemorate Liu Xiaobo and support China’s democratic movement with such an affectionate manner. I learned during that ceremony that a number of Chinese fellows had traveled a long way to Prague for the unveiling ritual, I am so moved.

S: In China Change’s interview, you said the worst is yet to come. What do you mean by that? Is the current situation in China that hopeless?

S: You are now living abroad. Are you in exile? Why do you choose to leave the country?

Xu: I am not in exile. I have been invited by the New School in New York as a visiting researcher, similar to a previous arrangement. The environment here is very good for conducting research and I can observe the development of China from a new perspective. Hence I would like to stay here for a bit longer.

S: If you had one year to rule China, what kind of reform would you initiate?

Xu: First, release all the political prisoners. Then open up freedom of press and freedom to form political parties.

S: How can the West help address the situation in China?

Xu: Pay attention to the Chinese human rights situation and support Chinese people who advocate for and defend their own rights.