For Albania and North Macedonia, are the European Union's doors half-open or half-closed? 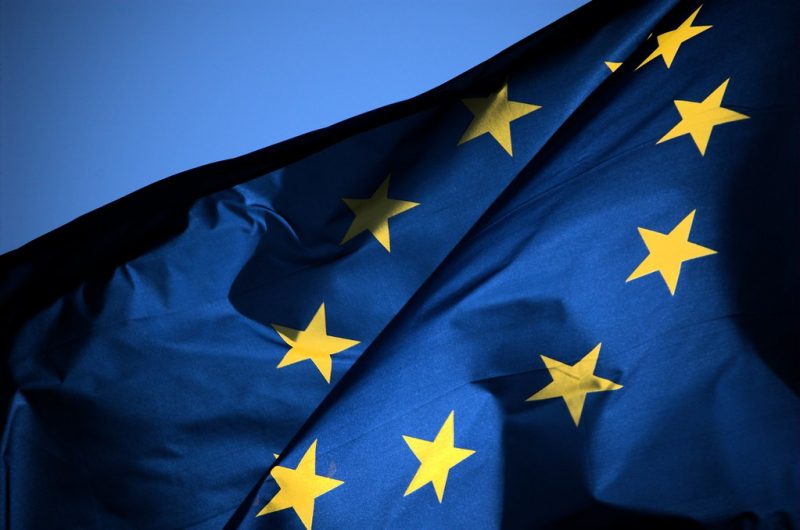 Foreign ministers of the European Union (EU), meeting at the General Affairs Council in Luxembourg on June 18, postponed to October a decision on whether to open talks with Albania and North Macedonia about accession to the EU.

A divided EU decides to postpone the decision of opening accession talks with North Macedonia and Albania to October, dealing a major blow to both countries.https://t.co/PnUX2Atwaw

Both Western Balkan countries had been hopeful that the meeting would have resulted in a positive decision, so the conclusion by the heads of diplomacy of the EU member states to delay until the fall came as a disappointment.

The EU has finally found a common line on membership talks with North Macedonia and Albania — by deciding not to decide https://t.co/Y0BifkzH7O

The European Commission declared in May 2019 that both countries had made the necessary progress on democratic standards and the rule of law. But some EU member countries, including France and Germany, were still not willing on Tuesday to give the green light, politico.eu reported.

After the Council’s meeting, the European Commissioner for Enlargement and Neighborhood Policy, Johannes Hahn, said:

Unfortunately a minority of member states were not able to support the Commission’s proposal to open accession negotiations with Albania and North Macedonia already today. Our collective credibility is at stake and our incentives and leverage for tough reforms across the region are equally at stake.

The following statement was released at the end of the meeting:

In light of the limited time available and the importance of the matter, the Council will revert to the issue with a view to reaching a clear and substantive decision as soon as possible and no later than October 2019.

The postponement has to do with more than “the limited time available”.

Albania is grappling with a political crisis since February after an investigation by Voice of America and the Balkan Investigative Reporting Network alleged that government officials collaborated with criminal gangs in a vote-buying scheme in the 2017 elections. Opposition MPs renounced their mandates and took to the streets demanding that Prime Minister Edi Rama resign, and calling for the creation of a transitional government to oversee fresh parliamentary elections.

Rama has refused to resign and insists that elections will be held in 2021 as planned, and municipal elections on June 30, 2019. President Ilir Meta responded by canceling the municipal elections, citing the need to quell political tensions in the country. This triggered the adoption of a resolution by ruling Socialist Party (SP) MP’s declaring Meta's cancellation of the elections invalid, and calling on public institutions to proceed with election plans. Rama also declared his intention to seek Meta's dismissal from office.

Municipalities led by the opposition parties, Democratic Party (DP) and Socialist Movement for Integration (SMI), however, called for the removal of election materials from local election commissions, in accordance with Meta’s annulment decree. Protests in various parts of the country have been marked by tensions and face-offs with the police.

Also contributing to the deepening political crisis in Albania has been the publication by the German newspaper, Bild of taped conversations relating to the 2017 vote-buying scheme, currently being investigated by Albania's Prosecutor’s Office.

PM Rama and opposition leader Lulzim Basha, used the EU postponement to blame each other:

Very positive news from Europe on the path to opening negotiations; Despite the unprecedented war of the evil's political front, which is doing its best to tarnish the country in the eyes of Europe, to block the negotiations, with threats, Molotov and demeaning wiretaps, Albania is resisting.

For Albania to become like Europe, we must behave as Europeans, have free and fair elections, and put an end to corrupt politicians. For this I invite you to protest together as free people, as European citizens on Friday at 20.00 in Tirana.

Of the Western Balkans countries, only Serbia and Montenegro have officially begun accession talks with the EU, in 2014 and 2012 respectively.

Macedonia made significant strides recently after it changed its name to North Macedonia, resolving a 27-year-old dispute with its NATO and EU member neighbor, Greece. But North Macedonia still has to wait until October, together with Albania, for the EU's decision.

The country’s foreign minister, Nikola Dimitrov, however, spoke with a dose of optimism:

Let’s be realistic, let’s do the impossible! And we will manage in Oct because we have shown already that we can move mountains. And we will continue the reform path because we want our #European dream come true. And I have one promise: we will make it embarrassing not to happen!

North Macedonia and Albania are viewed as key states to promote stability in the Balkans, but they are still plagued with corruption and organized crime. Some in Brussels argue the EU should not rush to accept new members, citing lingering corruption and justice issues in member states Romania and Bulgaria.

After being snubbed by EU ministers at the June 18 meeting, prime minister of North Macedonia Zoran Zaev reportedly told the Financial Times: “We don't need some new radicalism, nationalism and populism in our country.”

“There is a promise from Europe that it is a merit-based system and they must make decisions on the arguments of what we deserve and what we fulfilled. After 15 years, we really deserve this and Europe must deliver,” he added.

The risk of rising nationalism and populism was echoed by observers, while others blamed the EU for failing to keep their promises:

"Nationalist forces will grow stronger in the #Balkans if Albania and North Macedonia are not given the green light to launch EU accession talks by the autumn" https://t.co/tzdAQjHjQ9 #geopolitics

"This is not just about enlargement policy, it's about the EU itself . . . It basically says the EU is incapable of taking decisions in a core area of its policy" my comments for @FT @VALERIEin140 https://t.co/tJBTt8WRwH ??????

The @EUCouncil postpones the decision of opening accession talks with #Albania and #NorthMacedonia to later this year, in October. Inaction could taint #EUenlargement as a successful foreign policy and hinder #WesternBalkans stability. https://t.co/RxK0h0Y4UR pic.twitter.com/W6dLpDcP9u

You must change your name! You must do this! You must do that! says the #EU, but the #EU doesn't do anything but give "clear recognition." What a joke! Oh and it couples you with #Albania, which is even further from EU membership. https://t.co/bhYtYm8Vxg #EUValues

In this matter it is not only the EU’s credibility at stake.