Bangladeshi surfer girls are pushing back against conservative gender norms

For the Surfer Girls, the opportunities are endless 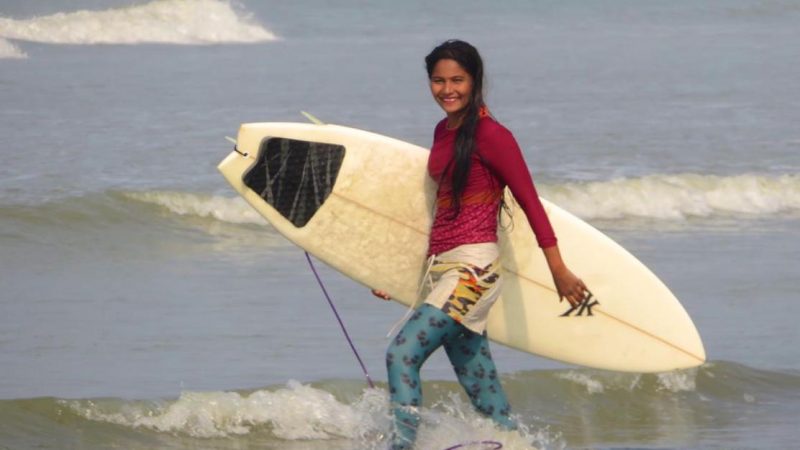 About 6 years ago, Bangladeshi surfer Rashed Alam and his wife, Venessa Rude, started up an initiative to teach a group of young girls to surf. In the face of very conservative ideas about gender norms, this was a big step to take for both the couple and the girls themselves. Today Bangladesh Surf Girls and Boys has grown into a local club with 30 boys and 12 girls and operates at the small coastal town of Cox's Bazar in southeastern Bangladesh.

According to UNICEF, Bangladesh has the fourth highest prevailing rate of child marriage in the world, with about 22% of girls married off before they reach the age of 15. Outside the more progressive cities, female children are often considered burdensome when it comes to financially securing their families. Every day dozens of women get harassed on the streets and some even become victims of acid attacks among other forms of violence. For these women, early marriage or finding work as a housemaid is the most pragmatic aim in life.

Born to a destitute family, Nasima Akter became homeless when she was 7-years-old after refusing her parent's demand that she earn money through prostitution. She found hope in surfing the waters of Cox's Bazar and later emerged as the first Muslim surfer girl in Bangladesh. Nasima joined the local Lifesaving and Surfing Club and was trained by surfer Rashed Alam. Her story came to eminence through the documentary The Most Fearless filmed by California-based documentary filmmaker Heather Kessinger.

Most girls at Cox's Bazar are deprived of education at an early age and are driven into the working world to support their families. Many of the girls hustle to earn a few dollars by selling jewelry or snacks to tourists on the beach and the weight of their families weighs down heavily on their shoulders. Alam, who comes from the same background, came across a group of eight girls, aged between 11 to 14-years-old, who spent their days in the same daily struggle that he experienced. He became like an elder brother to them. 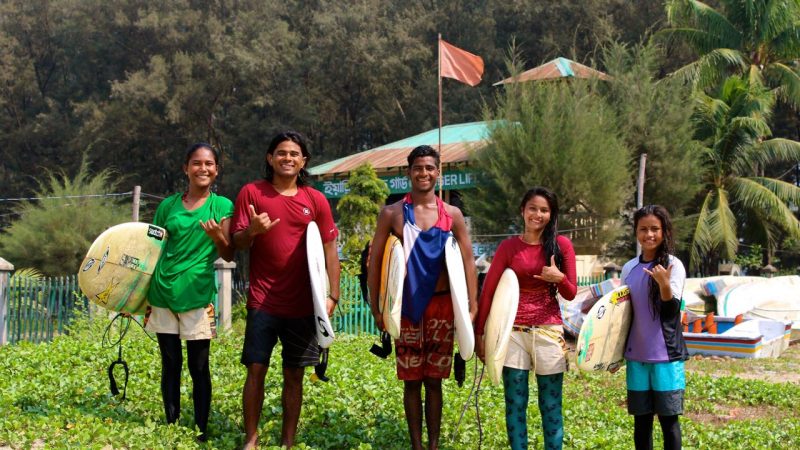 The girls watched Alam in awe as he smoothly glided through the waters of the Bay of Bengal on his surfboard, and upon him returning to the shore, one of the youngest among them, named Shoma Akter, boldly approached him and said, “I want to do that.” Alam told the L.A. Times that this encounter was the beginning of his project.

Alam and Venessa became role models for these girls, looking out for them and making sure that they were safe at the beach. They had to convince the girls’ parents that there was a future for them outside of the home.

#tbt❤️ It feels just like yesterday that Johanara was selling eggs to support her family on the beach. And now she is surfing on a shortboard and teaching other little girls to surf! We are so proud of her and the courage she has at overcoming the many obstacles she faces with being one of the few female surfers in the country. Thank you to all who have dreamed with us and supported us!❤️🏄🏾‍♀️🌈 . . #bangladeshsurfgirls #dreambig #oneday #girlssurftoo

A post shared by Bangladesh Surf Girls And Boys (@bangladeshsurfgirlsandboys) on Feb 28, 2019 at 3:54pm PST

The young surfers began stealing an hour or two to practice late in the mornings and kept it secret for weeks before telling their families. In most cases, parents reacted disapprovingly upon learning about their daughter's new hobby out of fear for their reputations.

In February 2015, after arriving in Bangladesh to document their stories, photographer Allison Joyce and Venessa Rude started a GoFund me page to cover the cost of food supplies, transportation and tutoring fees — a step which allowed the girls to enroll in school and continue surfing without pressure from their families.

Alam gave the girls lessons on CPR and rescue to open the door for them to become lifeguards when they turn 18. In the afternoons, Venessa tutored the girls in English, a skill that would allow them to land tourism or office jobs.

Here is a video from the Bangladesh Surf Girls And Boys Blog:

Global Voices contacted Venessa Rude to get an update of the surfing girls and she mentioned that there are about 75 active Bangladeshi surfers in Cox's Bazar, and out of those, 12 are girls (all from Bangladesh Surf Girls And Boys Club).

On several occasions, the girls have been belittled by the men in their community who find it unacceptable for them to practice a sport in the waters; however, the spirit and fearlessness of the girls have always showcased how women can push back against societal norms. “No one is used to seeing confident girls like this,” says Venessa.

The media attention has opened the windows to brand new opportunities such as an ICT workshop to enhance their skills in digital literacy organized by the Microsoft Bangladesh team:

Find out how Microsoft designed an #ICT workshop for #Bangladesh Surf Girls to equip them with basic literacy skills https://t.co/xEW5rnvoKJ pic.twitter.com/PSRoVWq7Kt

Surfing has not only allowed them to retain a piece of their childhood but they now confidently dream of securing a bright future for themselves — dignified jobs, education and the ability to marry whenever they want. One of them currently aspires to be a doctor, while others dream of being professional surfers or lifeguards at the beach.

Venessa has the latest updates:

Currently, our oldest girls are helping give surfing, lifesaving, and skating lessons to our younger girls and boys. Over the years, some of our older girls have been married off or sent off to garment factories to work. It just became too hard for them to pursue surfing and have people harass them, but we still have a few of our original girls left, and Rashed is having them train younger girls so that they have a bigger team and can work together.