Popstars are political assets and the ruling party is losing them 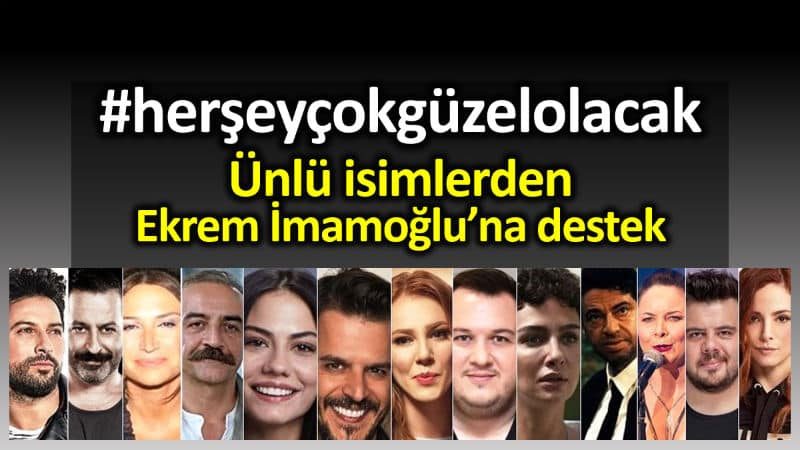 Famous faces queued up to support an AKP rival who was stripped of Istanbul's mayorship. Mashup image taken from Indigodergis.com.

On June 23, Turkey's largest city Istanbul is set for a re-run of a municipal vote initially won by the opposition for the first time in 15 years. As the battle for a city with special significance to President Recep Tayyip Erdogan and his ruling AKP party rages, the political loyalty of Turkish pop stars has become an intriguing subplot

Growing disaffection towards AKP in the three cities with a combined population of 25 million had been visible in other votes in recent years.

On May 6, however, the YSK (Supreme Electoral Council) moved to annul the results of the Istanbul election and strip winner Ekrem İmamoglu of his mandate. The council called for a new election scheduled for June 23.

The build up to the vote has been incredibly tense. On June 16, Imamoglu of CHP and the AKP candidate Binali Yildirim even faced off in a televised pre-election debate — something that has not been seen at elections of any level in over a decade.

Not your pop stars anymore

Imamoglu has criticized the YSK ruling fiercely and accused the committee of bias towards AKP. In his speech after losing his mandate, he also decried deteriorating freedoms in Turkey and called for greater freedom for self-expression for media, business, and popular culture.

This was a rallying call and some of Turkeys’ most popular musicians, who have millions of followers on social media, responded to it.

Stars including world-famous singer Tarkan, Comic Book Author Neil Gaiman and pornography actor Stoya gave strong backing to Imamoglu, using the #Herşeyçokgüzelolacak’ (Everything Will Be Wonderful) hashtag he used in his campaign.

I didn't sleep last night.
Come on, the light from the horizon in the morning was brighter than ever.
I understand #EverythingWillBeWonderful

After the decision of the YSK to cancel without law, the art community poured its heart out. Courage is really contagious.

The AKP leadership understood the importance of this shift. Its electoral successes since 2002 were built on broad coalitions of support which included strong backing from business and popular celebrities in addition to its traditional base among social conservatives.

Just days after the stars came out in support of Imamogulu, a senior bureaucrat in the presidential administration, Muhammet Safi, tweeted a handwritten list of all the musicians and actors who had shared the #herşeyçokgüzelolacak hashtag, with the caption “for the record.”

The list was quickly criticized as a “blacklist” and viewed as yet another shot across the bows of free speech in Turkey. 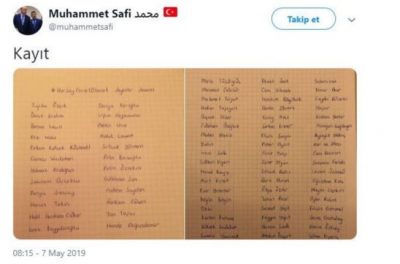 President Erdogan has lent his political weight to the campaign to elect Yildirim as mayor for the city where he himself once served as city chief from 1994 to 1998.

Speaking to journalists at Taksim square on May 12, he decried the decision of famous artists to come out in support for Imamoglu.

How can we explain that? The artist speaks with his art, (should) not toady to people like (Imamoglu). On June 23, we will pleased to be once again the governors…We have great dreams and projects for Istanbul.

One annual event that Erdogan has repeatedly used to demonstrate celebrity support for his rule is the Iftar dinner on the 20th day of Ramadan.

In previous years he has been criticized for harnessing the star power of transvestite singer Bülent Ersoy at the dinner, putting to one side for the evening his government's multi-year crackdown on LGBT groups.

This year Erdogan and his wife once again dined with pop stars who support him.

During his speech at the May 25 dinner, he described artists as “the ones that everyone should treat with honor” and returned to his not-so-veiled criticism of the stars who had backed Imamoglu.