Paraguay's road to democracy is slowed down by its political ghosts

"The democratic process in Paraguay was built on [...] impunity.” 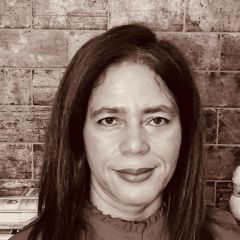 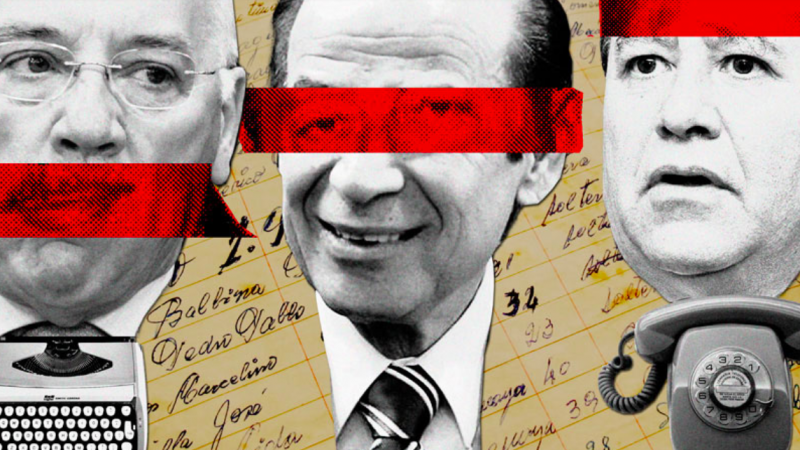 Illustration by Kurtural. Used with permission.

This story by Jazmín Acuña was originally published by Kurtural as part of larger series on Stroessner's dictatorship (1954-1989). It was edited by Global Voices for length and context, and published with permission.

Since the end of Paraguay's dictatorship, only a handful of policemen and civilians have received sentences for the human rights violations that took place during Alfredo Stroessner's regime. A veil of impunity still covers the most notorious figures from that time who, far from going to jail, have continued on in positions of power within the Paraguayan government. Most notable among these are Paraguay's former Defense Minister, Foreign Minister, and Adviser to the Presidency.

Ghosts of the dictatorship continue to haunt Paraguay’s power circles

In 1954, Stroessner took the presidency in a coup after a period of deep economic instability and conflict within the ruling party. Stroessner took office through a special election in which he was the only candidate; he would go on to be re-elected seven times in the years that followed with questionably high margins. His 35-year rule received heavy support from the United States government and was a participating member of Operation Condor.

Although Paraguay transitioned to a democracy in the years after the dictatorship ended, subsequent elections saw circles close to Stroessner stay in power. This was true during Horacio Cartes’ administration from 2013-2018 and continues to be true for Mario Abdo Benítez’s current administration, as President Benítez’s family remains close to the political elites of the Stroessner-era.

According to Mario Melanio Medina, president of Paraguay's Truth and Justice Commission, the governments that came after the dictatorship are fearful of being linked to or found responsible for human rights violations and have little interest in supporting investigations or trials for the more than 400 people that were forcibly disappeared and the more than 20,000 people that suffered from torture.

“The highest-ranking officials, the main political actors of these mass atrocities, were never prosecuted”, says Hugo Valiente, a lawyer and author of various investigations on human rights. Valiente alludes to the authorities, the heads of State and cronies in these crimes against humanity and says they should be brought to trial regardless of the lapse of time.

However, three such political actors — Diógenes Martinez, Eladio Loizaga, and Dario Filartiga — have had, and continue to have, a strong influence in the government in Paraguay.

Diógenes Martínez: A judge made for a dictator's needs

The Paraguayan legal system didn’t escape the broadening web of corruption. Judges like Diogenes Martinez sided with oppressors of the Stroessner era, turning a blind eye to rape, forced disappearances, and arbitrary detentions.

“They played a part in false rulings. They validated oaths taken under torture”, says Valiente.

For Rogelio Goiburu, Head of the Direction of Historical Memory and Reparations (in Spanish, DMHR), and whose father disappeared during Stroessner’s regime, there’s no doubt that these people must stand trial.

The practices of the past don't seem completely forgotten for Martínez, and this is precisely what worries human rights defenders. In March 2017, under the previous Cartes administration, Martínez warned demonstrators that the army was ready to go out to the streets to stop protesters who stormed Congress after then-President Cartes tried to change the constitution and seek re-election. He did admit that an internal military intervention would be unlawful but still ensured that the army should move ‘pre-emptively’.

Eladio Loizaga: The foreign minister of the Cold War

Eladio Loizaga began his career as a diplomat during the Stroessner years. In August 1981, he was appointed Director of the Department of Agencies for Treaties and International Acts of the Foreign Ministry. In 1983, he was promoted to General Director for this department. During his tenure, Operation Condor was in full swing. The operation was a secret plan between Argentina, Chile, Brazil, Uruguay, Bolivia, and Paraguay, which was responsible for kidnappings, forced disappearances, and murders of political enemies. The operation was backed by the United States’ government who provided planning, coordination and training, as well as technical, financial and military assistance.

There is no crime without a carefully penned script that justifies the terror. The threat of communism was the narrative that fueled repression in Latin America. These ideas were promoted and defended in meetings and conferences through organizations like the Anti-Communist International League.

Stroessner was a member of this league and Paraguay served as a host country for one of their preparatory conferences towards its world conference. Eladio Loizaga was among those responsible for coordinating it.

“Loizaga was a partner of the State corruption. He masterminded, arranged, and financially backed the plans of vast executions”, said Rogelio Goiburu whose father was kidnapped by Paraguayan and Argentinian authorities. From 2013 to 2018, Loizaga was Minister of Foreign Affairs during the Cartes administration. In Goiburu's opinion, Loizaga should not have been part of a Government cabinet that considers itself a democratic as part of a State. But this is not the case in Paraguay.

Darío Filartiga: An Allegiance to power

Just like they did during the Stroessner era, these men have the privileges of those in power. Filartiga Ruiz Diaz's loyalty to the Stroessner was evidenced when he traveled to Brazil, to pay honor to the dictator in his funeral in 2006. Stroessner died in Brasilia, where he had been forcibly exiled after the coup that removed him from power in 1989.

Under then-President Cartes he emulated this same political scheme of unremitting adulation and support. For example, when Congress was weighing in the need to increase taxes on tobacco, Filartiga Ruiz Diaz erupted as a zealous advocate for Cartes’ interests, who was one of the main players of this industry.

How can a process of accountability be possible when the dictator’s lackeys are still immune from the justice system?

The more towering the post in the hierarchy of the State, the greater the responsibility and thus the punishment for crimes against humanity. Valiente thinks this is very unlikely, however: “The democratic process in Paraguay was built on a pact of impunity.”