Beyond Beijing: What China's 1989 Democracy Movement was like in Changsha

Interview with China expert Andréa Worden about a different Tian'anmen 1989 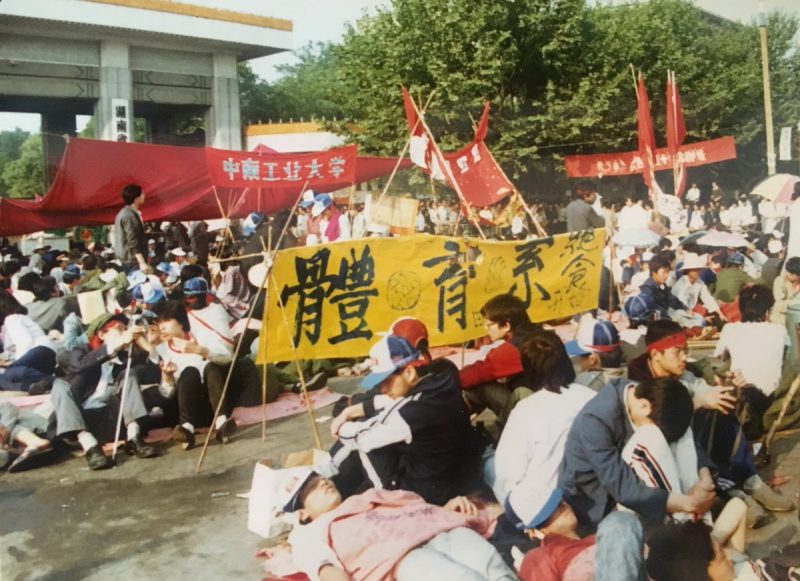 Changsha, May 19, 1989: Students on hunger strike at the provincial government headquarters. Photograph by Andréa Worden.

This interview by Filip Jirouš originally appeared on Sinopsis.cz as part of a series on the 30th anniversary of the Tian'anmen massacre. An edited version is published below as part of a content-sharing agreement.

The democracy movement in 1989 was a nationwide student movement that spread across more than 60 major cities (and more than 300 including town and county-level cities) all over China. The protests and crackdown in Beijing Tian'anmen were widely reported, but the situation outside of the capital rarely received media attention.

While the original student demonstrations, which began in 1986, were fueled by concerns over an increased cost of living and perceptions about government corruption, they gained nationwide traction after the death of former communist party leader Hu Yaobang, whose reforms aimed to make the Chinese government more accountable. The protests in Changsha (in Hunan province near Hu's hometown Liu Yang) were rather radical. Not only was there a hunger strike, but according to Lu Siqing, founder of the Hong Kong-based Information Centre of Human Rights & Democratic Movement in China, on April 22 1989 a few hundred protesters broke into the Hunan provincial government building in Changsha. 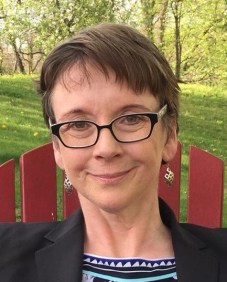 Quickly spotted by the central authorities, this protest action in the revolutionary city was mentioned in the April 26 editorial of the People's Daily, which defined the student movement as “a destabilizing anti-party revolt that should be resolutely opposed at all levels of society”. In Beijing, students protested against the editorial and demanded that it be retracted.

Andréa Worden is a researcher, translator and consultant whose work focuses on human rights and rule of law in China, and China’s interactions with the UN human rights mechanisms. Currently a scholar at the East Asian Studies Program of Johns Hopkins University, she was teaching at the time at Hunan Medical University and bore witness to the student protests. In this interview, Worden remembers 1989 as she experienced it in Changsha.

Sinopsis (S): You were in China during the spring of 1989; why and where were you exactly?

Andréa Worden (AW): I went to China with the Yale-China Association after graduating from Yale with a double major in East Asian Studies and history. I was in Changsha, the capital of Hunan, on a two-year English teaching fellowship at the Hunan Medical University (HMU). The student protests began just a few months before the end of my fellowship.

S: Was it hard for you to adjust to China back then? Did you make a lot of friends?

AW: Yes and no. I had taken some time off during college in 1984 and spent several months in Taiwan studying Chinese and then traveled for about two months on my own in the mainland. I found it endlessly fascinating, and was encouraged that I could actually communicate effectively in Chinese.

So when I got to China in 1987 I had a pretty clear idea of what to expect, but being part of a work unit provided a new set of bureaucratic challenges and nonsensical things I had to adjust to. I tried my best to go with the flow, accept uncertainty, and maintain a good sense of humor.

I did make quite a few friends in China.  Some of my students became good friends over time, as well as my Chinese English teacher colleagues, and other teachers at the school. I also became friends with some of the young tennis crowd in Changsha. 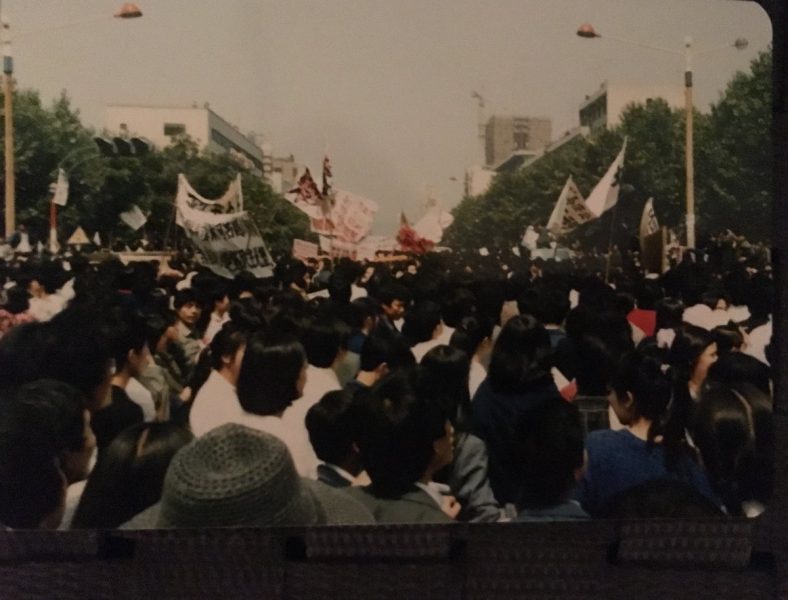 Demonstration in Changsha, May 18, 1989. Photograph by Andréa Worden.

S: What was the local reaction when martial law was imposed on May 20? Did it scare the locals or incite them to participate in larger numbers?

AW: Martial law was declared only in Beijing, but things took a more serious and solemn turn in Changsha after the martial law declaration. People were angry and dismayed, and protested against martial law the next day. One student from another university who was marching in the demonstration […] saw me on the sidewalk observing, and called out in English: ‘How can our government be so cruel?’

AW: Many students had returned to class by May 30. There was a sense that the movement was over; the Changsha students had heard that students in Beijing were going to leave Tian'anmen Square –- this was before the Goddess of Democracy appeared. I recall that my students expressed concern about the ‘settling of accounts’ [秋后算账] during this time; in other words, they were worried about how they might be punished.

S: Could you tell us what happened immediately after the massacre in Beijing? What were the first reactions? What was the atmosphere like?

AW: Early in the morning of June 4, a Sunday, some students came rushing over to the house where the Yale-China Association teachers lived. They had learned the news from VOA, and banged on the door to wake us up (the American teachers were still asleep at 6:00 or 6:30 am on Sunday). They were distraught and angry. Some were crying. I was in shock.

S: Do you believe another similar protest is possible today? Is there any hope for change?

AW: Because China today is now a high-tech police state with near total surveillance, a nationwide popular movement on the scale of 1989 is impossible. It could only happen with a collapse of the Chinese Communist Party (CCP). But smaller protests happen frequently in China. They are usually quite specific in terms of the issue and demand, such as the recent protests by parents whose children were given expired polio vaccines.

S: What do you think the West should do, if anything, about the current human rights situation in China?

AW: Rights-respecting governments and people should do whatever they can to support human rights defenders and victims of human rights abuses in China and elsewhere, including in our own countries. Specifically with respect to China, we need to be taking much stronger measures; one obvious example where a more robust intervention is needed urgently is the mass internment by the CCP of over 1 million Uyghurs in Xinjiang.