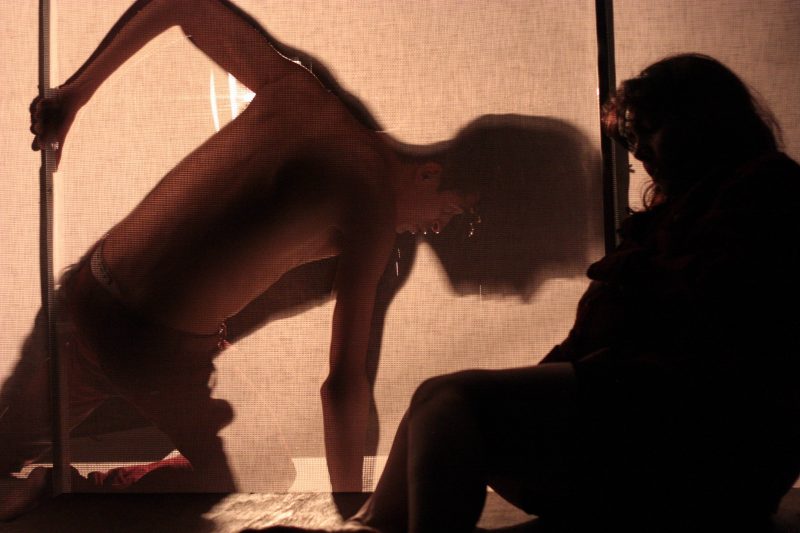 This story was authored by Jéssica Moreira and originally appeared in the website of Agência Mural, a non-profit newsroom covering São Paulo's suburbs. An edited version is published below under a content partnership with Global Voices.

When Antônio Eustáquio, now 73, became the administrator of the Dom Bosco cemetery in Perus, a district of the Brazilian city of São Paulo, in the late 1970s, he helped discover a clandestine mass grave at the site.

Years later, in 1990, the Brazilian government made the existence of the mass grave public: It was built in 1976 and contained exactly 1,049 skeletons of both indigents and political prisoners of Brazil's US-backed military dictatorship (1964-1985).

In May 2019, the grave became a point of discussion in the national news with the publication of a federal decree by President Jair Bolsonaro that determined the end of civil society councils and committees. The measure could threaten the Working Group of Perus, known by the Portuguese acronym GTP, that since 2014 has investigated the human remains found at the Dom Bosco mass grave.

The federal government denied the GTP would be ended. Sought for comment by Agência Mural, the Ministry for Women, Family and Human Rights said that it supported the Special Commission on Political Deaths and Disappeared [People], with which the GTP is affiliated: “The Ministry reaffirms the importance of the work undertaken by the Working Group, attending to humanitarian and legal obligations so that the families can exercise their right to burial and mourning,” the Ministry said in a statement.

However, the GTP depends on a cooperation agreement signed with the Union and renewal is pending. The current agreement, which also involves the Federal University of São Paulo and the São Paulo city council, expired in March 2019 and a new agreement is now in the approval process. 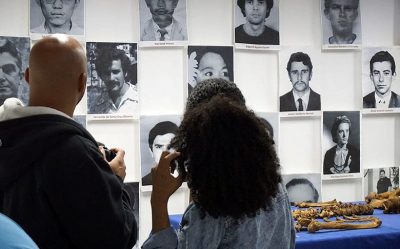 Visit of people from Perus to the Forensic Institute. Photo: Carla Borges, used with permission.

So far, the GTP has identified the remains 14 people, some of them killed by agents of Brazil's military dictatorship.

The GTP also arranges visits to the São Paulo's Forensics Institute, where it's based, and has organized a collaboration with 100 local artists to make the largest graffiti display in the neighbourhood: a mural on the walls of the cemetery depicting the various human rights abuses committed in the military period.

Carla Borges, a former officer at the Office of Human Rights and Citizenship in the city of São Paulo who collaborated with the GTP, says the presidential decree has caused apprehension. “For me, these are direct attacks on the few and already fragile spaces for social participation that we had before, and on research facilities, which have been working to confirm the facts and the violations of human rights committed by the Brazilian State during the military dictatorship”, she told Agência Mural.

According to GTP-member Marina Di Giusto, the Brazilian president does not have the power to dismantle the working group, as it is in an agreement of cooperation. She highlighted, though, that it depends on the government to renew the agreement and the rehiring of the experts to continue the work. “Although not having the power to end the GTP, the government can make the work difficult”, she said.

When the mass grave was publicized in the 1990s, Rogério Tretin, 40, was a young student living three kilometres away from the cemetery. He still remembers the bustle at the cemetery upon finding the remains. “I saw the press coming. I saw fathers and mothers who went to the site, thinking about their disappeared [children] during the dictatorship”.

Now a history teacher, Rogério says he believes “[they] are trying to hide yet another [set of] remains” with the possible end of the GTP. At work, the educator says he is committed to presenting narratives that go beyond the official one, with the aim of connecting the students to the reality of the neighbourhood's history. “Addressing these facts in class allows the student to broaden their knowledge, break one-sided paradigms and have a participatory view on the neighbourhood,” he said.

The effort to address the mass grave’s history also takes place in the streets and the neighbourhood’s cultural spaces, with the work of  local groups such as Pandora Theatre Group, the Quilombaque Cultural Community, and the Alberto Pazzini Centre for Human Rights.

Since 2018, the Pandora Theatre Group has performed the show “Comum” (“common,” in English), which tells the story of the grave from different perspectives – the gravediggers, activists, and families of the disappeared.

“A memory that stayed hidden for so many years cannot go back to being buried”, says the actor Caroline Alves, 19, who grew up hearing about the memories of the grave. “The GTP must continue so as to attain the right of the families to bury their relatives with dignity and prevent other graves from opening”. 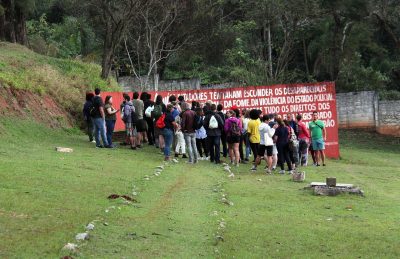 The crimes she referred to are also mentioned by Cleiton Ferreira, 35, founder of the Quilombaque Cultural Community. “As well as the political prisoners, it is important to highlight the genocidal system that they supported in that period and which persists to today. The majority of the skeletons are from youths executed by a shot from above, in the era of the extermination squad”.

The youths of the Quilombaque regularly walk the memory trail “Dictatorship Never Again”, organized by the Agência Queixadas initiative, which begins with a visit to the cemetery, followed by the Museum of Resistance, in the centre of São Paulo, and also to the Forensics Institute.

“It is a trail for the residents to gain an understanding of what is happening and what the grave was. For us, [the possible end of the GTP] is sad, because we have been following the work of the experts, learning about the context in which the people died or the illnesses that affected them”, explained Cleiton.

It is estimated that 49 skeletons are of disappeared political victims and the rest are probably of youths executed or victims of meningitis, commented the law student Amanda Vitorino, a member of the Alberto Pazzini Centre for Defense of Human Rights.

The concealment of the deaths by disease is highlighted by some as also being part of the military regime’s crimes. “Even today, black youths are executed on a daily basis, victims of structural racism and institutional violence. What are the threads that link the deaths of yesterday and those of today?” Amanda questioned. “We need to understand the deeds of the period of dictatorship and the roots that they planted in our present.”