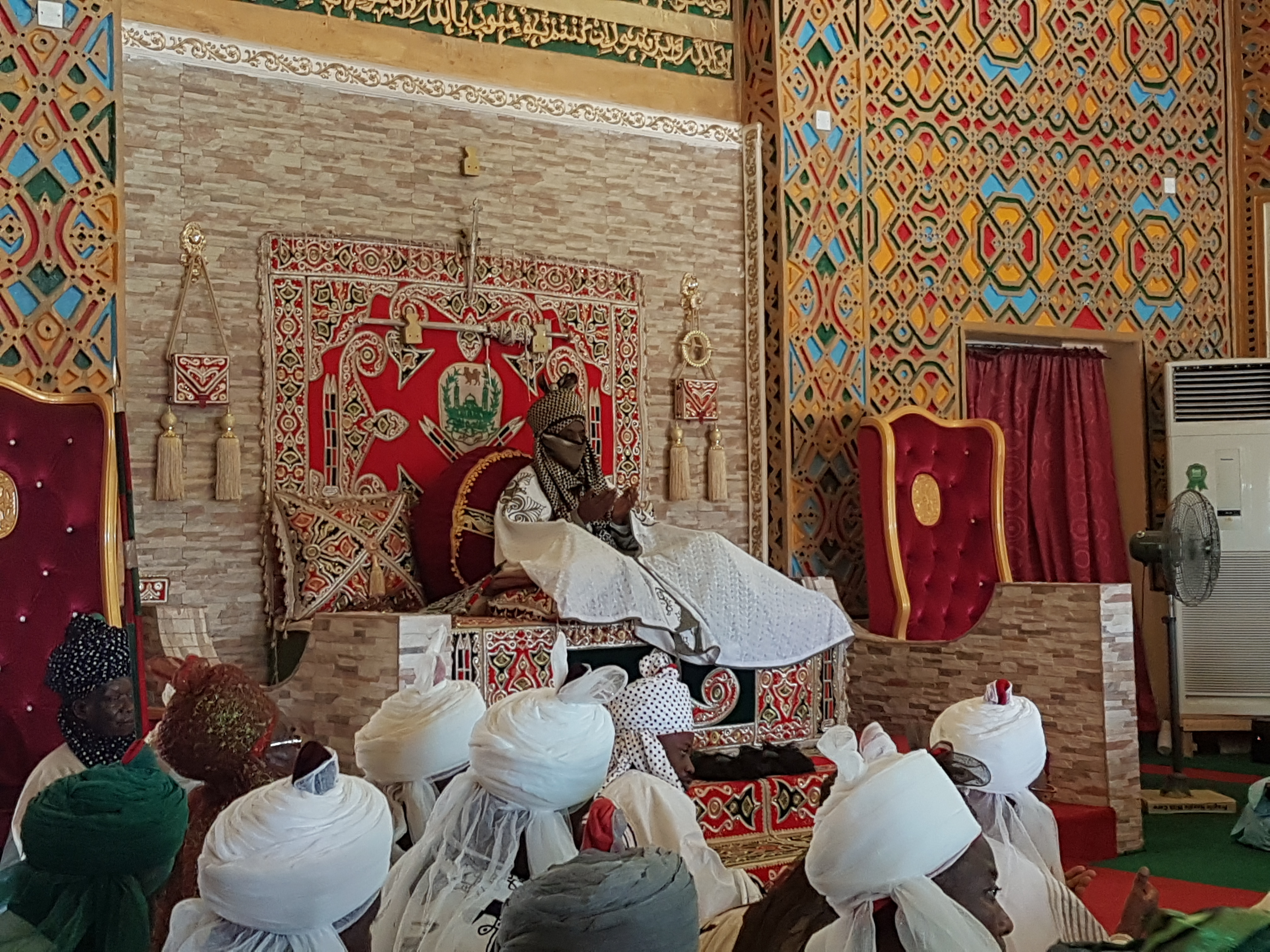 An atmosphere of gloom settled over the ancient city of Kano in northern Nigeria, as the Kano State Public Complaints and Anti-Corruption Commission investigated King Muhammad Sanusi II, the Emir of Kano Kingdom, for financial scandals that date back to 2017: 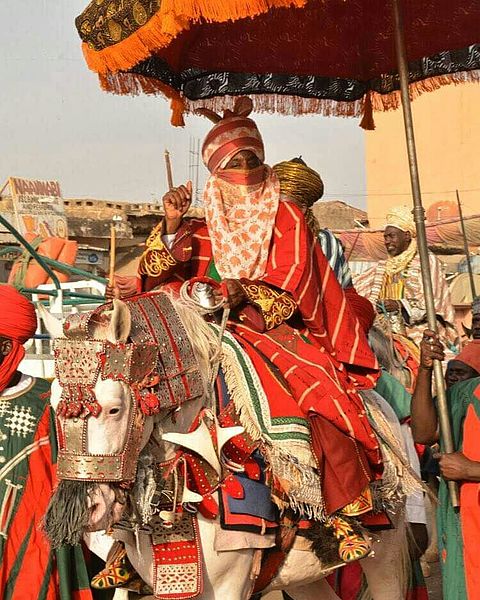 “As a government instituted agency, we [started] investigating these accusations since 2017 to date. We are still in the process. Code 9 promulgated by the Kano House of Assembly grants us the mandate to investigate all institutions under Kano State government. And Kano Palace is among others,” Muhuyi Magaji Rimin Gado, chairman of the commission, told Global Voices in an interview on May 30, 2019.

The Kingdom dates back to the year 999 as one of Nigeria’s largest kingdoms and exists within modern Kano State under the jurisdiction of state Governor Abdullahi Umar Ganduje.

Ganduje has been at odds with King Sanusi II and made the controversial decision to break up the historic kingdom into five sub-domains, undermining the king's power.

“…It is regrettable, and we further [see] that seven among these companies are not certified with the government,”  Muhuyi Magaji said.

Based on these findings, the commission recommended the suspension of King Sanusi II and “all other suspects connected to this case … pending the final outcome of the investigation.”

When Global Voices asked if the commission’s investigation into the king’s financial misdealing was a form of political prejudice, Muhuyi said this was a “false and mischievous accusation.” According to him, a few concerned individuals discovered the financial wrong-doing in Kano Palace and reported the king in 2017 — during that time, no hostility existed yet between the government and King Sanusi II.

If there is any take away from the Gov Ganduje vs Emir Sanusi drama and Buhari generously withdrawing corruption allegations against Goje is that this corruption ‘fight’ is only a pressure weapon against political opponents. The more things change, the more they stay the same.

Ironically, Governor Ganduje himself is the subject of financial scandals, but Section 308 of the Nigerian Constitution restrains the commission from investigating the governor.

In the year of our Lord 2019, Ganduje wants to probe Sanusi for allegations of corruption ???. Wonders shall never end!pic.twitter.com/3UNe4FdV1E

A beautiful Friday morning to remind you that Ganduje, a shameless old thief caught on camera several times stealing, is querying the Emir of Kano on charges of corruption ?

Muhuyi Magaji says these were unsubstantiated rumors that only circulated online and were never brought to the commission, and even it was brought forward, they do not have the legal authority to review the governor’s actions:

Governor Ganduje is masked by the immunity of section 308 of the Nigerian constitution, which rules out the prosecute of top political office holders in a court of law until their term expires.

Kano Kingdom: ‘We will keep silent’

On Friday, May 31, 2019, Global Voices headed to Kano Kingdom palace mid-morning, seeking comment on allegations leveled at the king as well as the other three suspected of wrongdoing.

The palace was crowded with followers who come to offer their allegiance to the king every Friday.

Global Voices secured a meeting with Chief of Staff Mannir Sanusi and passed through guards and other auxiliary forces to speak with the palace official inside the palace grounds, who said:

On behalf of the Emir, and the entire Kano palace, we will not recount. We are going back to court on June 13. And thus, we hold that we will keep silent.

In another recent development, Aliko Dongote, an international businessman from Kano, along with Governor Kayode Fayemi of Ekiti State, has initiated a peace talk between Governor Ganduje and King Sanusi II. Details of the meeting have not been revealed.

Now, Kano citizens and the international community anxiously await the June 13 trial, when the courts will decide the fate of the historical Kingdom of Kano.