A new draft bill was proposed 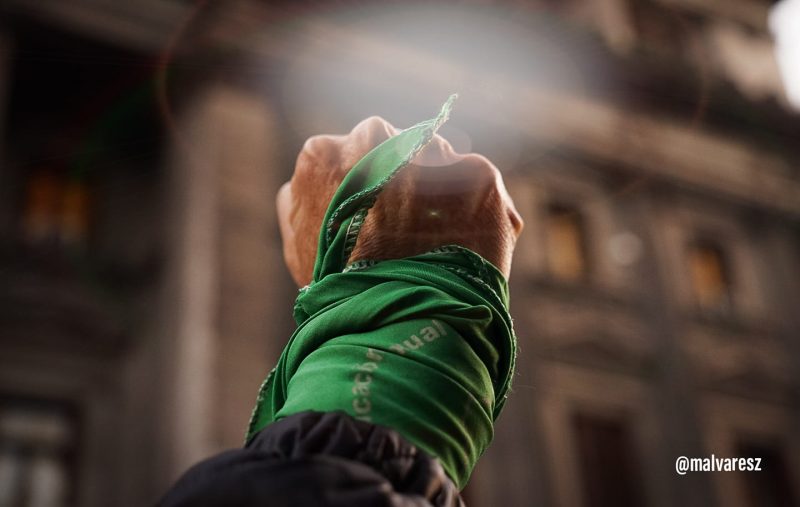 Photo by Majo Malvares (@malvaresz) taken during the May 28th march. Used with permission.

A bill that would legalize pregnancy terminations in Argentina was introduced in the Chamber of Deputies on May 28 followed by nationwide demonstrations of support of abortion legalizaton.

Abortion is a crime in Argentina except in cases of rape or to save a woman's life, according to the country's 1921 Penal Code. Many states refuse to uphold those legal exceptions. It isn't uncommon for a Argentine young girls to be forced by a court order to carry a pregnancy to term.

The Voluntary Termination of Pregnancy Draft Bill (IVE) establishes the right to termination on request within the firt 14 weeks of pregnancy. Beyond the 14th week, a woman may terminate a pregnancy in the case of rape or when her health is at risk. The bill exempts the patient to seek legal authorisation from a judge to terminate the pregancy in such cases — doctors will be obligated to accept a sworn statement by the patient.

In 2018, the Chamber of Deputies narrowly approved a similar bill that was eventually defeated in the Senate.

This bill, as well as last year's, were drafted by Argentina's National Campaign for the Right to Legal, Safe and Free Abortion, a national alliance of human rights groups, institutions, politicians, and doctors who support legalization of abortion that has existed for 14 years.

This is the eighth time the National Campaign, or “la Campaña” as they're known locally, presents a bill in the Argentine Congress. This year's bill has initial support of more than 70 legislators.

The Campaña chose May 28 to introduce the draft legislation as that is the International Day of Action for Women's Health.

Argentinian social movements staged demonstrations in many cities in support of the bill on May 28. Women waved green handkerchiefs in a “pañuelazo,” the color long being a symbol of the pro-choice movement in Argentina.

With the help of social media, supportive demonstrations also took place abroad, such as in the cities of Leeds, in England, and Berlin, in Germany:

Around 97 percent of Latin American and Caribbean women live in countries with restrictive abortion laws, according to a study by Guttmacher Institute. The only countries in Spanish-speaking Latin America where abortion is legal on request are Cuba and Uruguay. In the Dominican Republic, El Salvador, and Nicaragua, abortion is illegal with no exceptions.

The defeat of last year's abortion bill in the Argentinian Senate had the ironic collateral effect of establishing the abortion debate in the national public agenda. A statement by “Alerta Feminista” collective explains this:

Although the bill to legalize abortion in Argentina, which had left all of Latin America in suspense, was rejected by the Senate on August 9 [2018], the fight for the right to choose has gained an incomparable international and intergenerational force, calling for not only legal abortion, but also the separation between Church and State.

The year 2018 proved to be a key year worldwide in women's mobilization for obtaining this right: Polish women's fight against restrictions on access to abortion and the victory of the “yes” in Ireland were followed by the exemplary fight of Argentinian women.

Many see the balance as positive when it comes to the fight for reproductive rights. The following tweet was shared from the march in the city of Córdoba:

There are thousands of us at this 5th march. #Not One Less, in this new June 3rd #NoMoreMachismo #NoMoreViolence #LegalAbortionAlready #GirlsNotMothers

The “green wave” of 2018 has drawn attention to many women's help networks as well as to the consequences of clandestine abortions in Latin America. The past year has also seen a wave of reports of institutions, health professionals and public officials obstructing abortions in cases permitted by the law, or hindering access to contraception (available over-the-counter in Argentina).

The campaign “Girls, not mothers”, a regional call for Latin American states to ensure safe abortion for young girls who become pregnant as a result of sexual assault, also emerged in the wake of 2018's movements. They've tweeted this on May 27:

#LatinAmerica: Every year thousands of girls under the age of 14 suffer sexual violence and are forced by their states to continue their pregnancies.
THIS IS NOT FAKE NEWS. We need millions of voices to join us in shouting “GirlsNotMothers!!!” 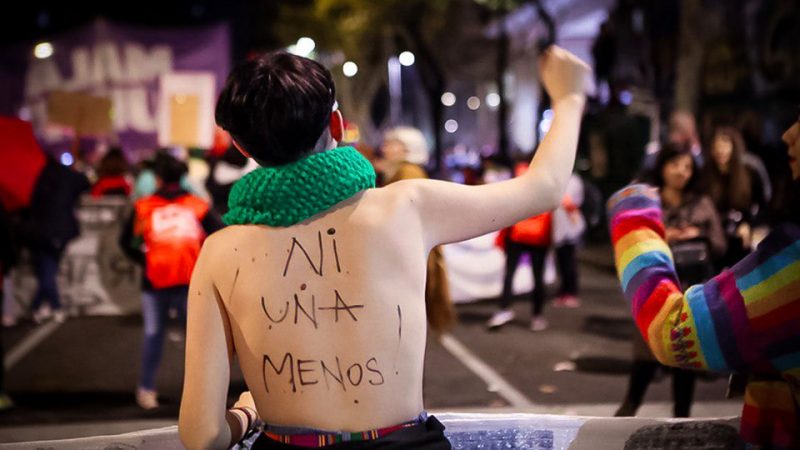 An image of the #NiUnaMenos (“not one less” in Spanish) march on June 3 in Buenos Aires. Photo by Xime Talento for the Emergentes collective, used with permission.

Other movements that go hand-in-hand with the fight for free abortion gained strength recently too, such as #MeToo, #YoTeCreo (I believe you) and #NiUnaMenos (not one less), all denouncing different forms of aggression against women.

In Argentina, there has been increased support for the Comprehensive Sex Education Program, which aims to introduce in school curricula prevention methods for unwanted pregnancies, and is regulated by a 2006 law.

However, it should be noted that 2019 presents a very complex scenario for Argentina: The composition of the chambers is the same as last year, which means that there are few expectations of obtaining more votes at this time, and the country is in the midst of political and economic uncertainty, with rising inflation and a nearing presidential election.

Despite this, the Campaña considers it essential “that the legalization of abortion becomes part of the public debate and that [presidential] candidates take a stand when it comes to sexual and reproductive rights and the implementation of the Comprehensive Sexual Health Law.”