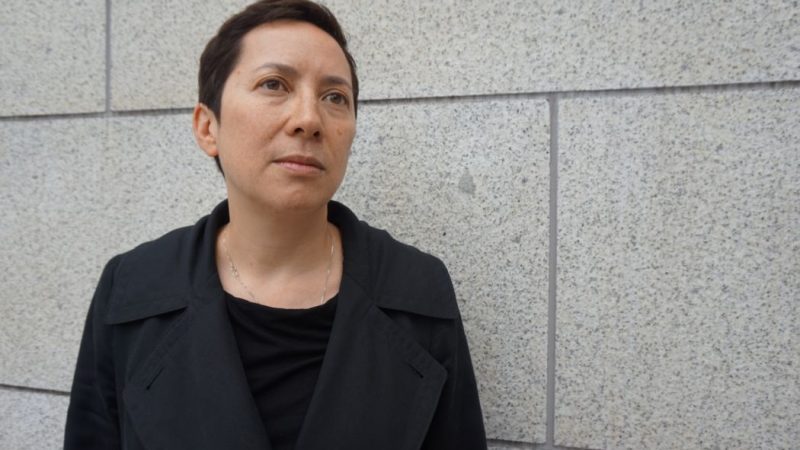 The following post is originally written by Kris Cheng and published [1] by Hong Kong Free Press on 2 of June 2019. The edited version is republished on Global Voices under a content partnership agreement.

Although 30 years have passed since the Tiananmen Massacre, the bloody crackdown has become increasingly sensitive for China-based journalists to cover.

Louisa Lim, a veteran China reporter-turned-scholar, surveyed 60 current and former China-based correspondents and found that three-quarters of those who had covered the anniversary had been on the receiving end of harassment and intimidation. Lim told Hong Kong Free Press (HKFP) in an interview:

The party is still terrified by the legacy of Tiananmen and it really tried to limit coverage in all kinds of ways…I think it’s interesting because it shows not just that they are trying to control discussion about June 4 inside China, but they are also trying to control the way that it is portrayed or remembered outside China.

The massacre, which began on 4 June 1989, ended months of student-led demonstrations in China as the military was deployed to crack down on protesters in Beijing. The Chinese Red Cross estimated that 2,700 civilians were killed, but other sources point to a much higher toll. A confidential US government document (unveiled in 2014) [2] reported that a Chinese internal assessment estimated at least 10,454 civilians were killed.

A recent commentary in Global Times described [3] Beijing's censorship around the massacre as a “political success” because it succeeds in turning the incident into “a faded historical event rather than an actual entanglement”.

“Intimidation does have an impact on shaping the stories”

Lim, who covered China for outlets including NPR and BBC, is now is a senior lecturer at the Centre for Advancing Journalism at the University of Melbourne. She also wrote a book on the massacre, The People’s Republic of Amnesia: Tiananmen Revisited [4], published in 2014.

In 2009, BBC and CNN correspondents were blocked from speaking to their camera by plainclothes police officers wielding umbrellas. In 2013, a Sky News correspondent was detained in the midst of a live segment in the square.

Lim’s survey showed that one in five reporters covering the anniversary had been intimidated or detained, and complaints were lodged against them. She said the intimidation has “an impact on shaping the stories [journalists] tell and the ways that they tell it.”

Lim also said the problem was that many stories leading up to June 4 were not remembered, such as the seven weeks of protests ahead of the massacre and the “Democracy University” on the square. She said:

When you limit the types of coverage in that way, so you are really only telling one story – [it] actually serves to amplify the Chinese government’s message that political activism is dangerous.

The strategy of most journalists, Lim said, has been to begin writing anniversary stories up to six months to avoid many of these issues.

“They felt their work had zero impact”

Lim’s survey also asked foreign journalists in China if they felt their reports had any impact. The results shocked Lim: The longer that they had spent in China, the less impact they felt their work had.

The respondents, on average, spent 13 years reporting on China. Some journalists, including many with awards, took the view that there were no new stories coming out of China. Lim said their cynicism may be linked to the challenges they faced in day-to-day reporting. “The oppression becomes normalised”, she said.

A third of the respondents said they did not report on their own intimidation, because they felt it was normal in China. But whether journalists reported on their own difficulties depended on the medium they were using. For television journalists, the oppression itself was the story; print journalists would try to find ways to report on the story; journalists at wire agencies were often not allowed to talk about their experiences.

Lim said journalists may have to change their norms in reporting in authoritarian countries. Many journalists feared increased threats to their visas if they report on something the police told them not to do:

It was surprising to me how many people said ‘I did not want to make myself part of the story. [It is] worthwhile for journalists in China to make an extra effort to enumerate the kind of challenges and restrictions they face when they report stories.

It is useful for readers to understand how stories were constructed and shaped by external forces, Lim said. An example was how foreign journalists had changed their norms in covering the Xinjiang region [5]. She said,

My survey result would definitely point to the importance of transparency – both to help audiences understand how stories are shaped and made, but also as an act of agency by journalists themselves in order to push back against intimidation, repression.

If everybody reports these things, the possibility of reprisal is reduced.