Seaga was proud of achieving “justice for the people” 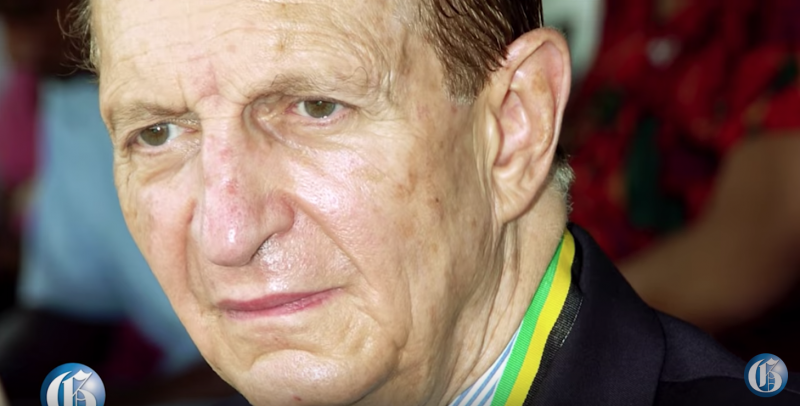 On May 28, 2019 — his 89th birthday — Edward Seaga, one of the most influential political leaders in Jamaican post-colonial history, died in a hospital bed in Miami, Florida. He had been ailing with cancer for some time.

Seaga was Jamaica’s fifth prime minister since the country's independence from Great Britain in 1962. Born in 1930 in Boston, Massachusetts, Seaga returned to Jamaica as an infant but was often seen as an outsider by political opponents, possibly due, in part, to the fact that he was a racial minority. His father was of Lebanese descent, while his mother boasted African, Scottish and Indian ethnicity.

A dominating figure, Seaga proved to be a strong-willed (some would say stubborn) leader for the conservative Jamaica Labour Party (JLP). The island's other main political party, the People's National Party (PNP), was led at the time by Michael Manley, a democratic socialist.

Seaga and Manley were always seen in juxtaposition to each other. Journalist Cliff Hughes described Seaga as a motivator and builder, while Manley was the inspiring visionary. The two politicians were fierce rivals during the turbulent 1970s, culminating in a difficult period of political strife between 1978 and Jamaica's violent 1980 elections. During this bitter period of ideological division, disillusioned Jamaicans nicknamed Seaga “Spy-aga” (for his alleged association with the United States’ Central Intelligence Agency) and Manley was called “Man-lie.”

Seaga was well known for creating the most notorious political garrison in Jamaica: Tivoli Gardens, a constituency of West Kingston, which has its own violent history. In 2010, after the JLP government could no longer resist the US’ calls for extradition of drug don Christopher Coke, who controlled the garrison, residents clashed with state security forces, leaving at least 72 Jamaicans dead.

It was a grey, rainy day in the island's capital city when news of Seaga's death broke, and Jamaicans were not in the mood for antagonism. While local radio stations went live with reactions to Seaga’s passing, with many callers recognised him as a towering, but often divisive figure in Jamaican politics, most social media posts acknowledged the politician's achievements, not his flaws.

The current prime minister and Seaga's protégé, Andrew Holness, who visited him in the hospital just days before his death, tweeted:

It is with great sadness that I inform the nation of the passing of the Most Honourable Edward Phillip George Seaga, the fifth Prime Minister of Jamaica.

I consider Mr. Seaga my political father. He has been a great mentor, friend and guide in imparting the skills on strategic leadership and in building a nation. I owe him & indeed Jamaica owes him a debt of gratitude.
He will forever remain in our hearts and minds. #RIPMrSeaga pic.twitter.com/nyECtP0Dne

On radio, Bruce Golding, a former prime minister who had inherited Seaga's West Kingston constituency, described him as a long-term thinker, an exceptional leader and “a hard man to disagree with.” In Jamaican parlance, Mr. Seaga was “nuh easy” (“not easy”).

One socia media user who shares Seaga's birthday posted a thread of the politician's achievements:

Ever since I have been a little girl, it was always a pleasure to share a birthday with The Most Hon. Edward Seaga. He has contributed so much to the development of our beautiful country. I hope he enjoys many more birthdays & be with us to see #Jamaica become truly properous! pic.twitter.com/ShN4St4x0w

Members of the Jamaican diaspora had a more nuanced view, perhaps, of Seaga's legacy, focusing primarily on those troubled years:

Edward Seaga is dead. Jamaica mourns as well it should. Seaga and Michael Manley slaughtered Jamaica's future, both with the best personal intent.
Manley embracing our communist neighbor Cuba with hubris and Seaga embracing American imperialism in an effort to ‘save’ Jamaica from communism.
We can all look back with our subjective opinions but this is the reality that has lead to a foreign debt from which I see no complete recovery.
Now, both Seaga and Manley are gone and we will remember both their positive and negative contributions to our country but at the end of the day, both were great men with Jamaica first and foremost in their hearts.

Barbados Prime Minister Mia Mottley, in a timely response to Seaga's passing, tweeted a video message, in which she noted that during a recent conversation with Seaga, “In his frank observation, trickle-down economics has not worked.”

REMEMBERING SEAGA: WATCH – Prime Minister Mia Mottley issues condolences to the Seaga family & the Government of Jamaica on behalf of the Government & people of Barbados from the halls of Parliament (BGIS) pic.twitter.com/xIuXf2vtKf

The launch of a book of Michael Manley interviews written by his widow, originally scheduled for May 29, has been postponed out of respect for Seaga, who continued to play a part in public life up until last year and is now regarded as a patriotic figure.

The scope of Seaga’s contribution to Jamaica’s national life cannot be underestimated. The last surviving framer of the constitution, he was the country's longest-serving parliamentarian, for over 40 years. Seaga established many financial institutions, including the now-thriving Jamaica Stock Exchange and the first Jamaican majority-owned commercial bank, as well as other important social institutions like the National Training Agency.

Saw Edward Seaga earlier this year at the Reggae Gold Awards. He briefly stood at my bistro table and I said thank you.

On Facebook, Jamaican environmentalist Wendy Ann Lee shared a photograph of Seaga presenting her with an award, and remembered him as “a true patriot and promoter of the arts, history and culture of Jamaica.”

One Twitter user, noting Seaga's love of patties and juice, both Jamaican staples, summed up his legacy:

It's officially the end of an era. Whatever you may have thought of his political policies and ideas, it is undeniable that Edward Seaga helped shape the culture of Jamaica. Alright sir, walk good.

In a recent radio interview, Seaga described his major achievement as “justice for the people” through his contribution as one of the architects of Jamaica's constitution, his creation of the country’s Charter of Rights and his work as a public defender.

In tribute, on a gloomy afternoon in Kingston, a radio station played Frank Sinatra’s “I Did It My Way”.