Right to Information: With its new law in place, will Ghana go the way of Nigeria?

The law could bring more transparency -- if implemented properly. 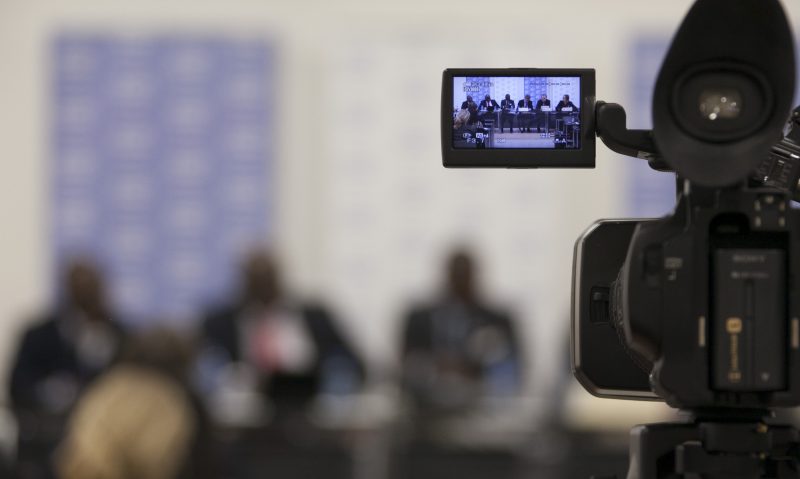 On May 21, President Nana Akufo-Addo of Ghana gave accent to the Right to Information Act (RTI) that was passed by parliament on March 26.

This law grants citizens the right to seek, access and receive information from public bodies. It is intended to enable citizens to easily access information about public programs and services, while also promoting transparency in government and in fighting corruption.

UNESCO asserts that freedom of information is an “integral part of the right of freedom of expression.” In the region, the right to free expression is enshrined in the African Charter of Human and Peoples’ Rights and the Declaration of Principles on Freedom of Expression in Africa.

The legislation is an important check on government power that allows citizens, media outlets and human rights advocates to hold government actors to account for their duties as public servants. In the absence of such laws, violations of national law and human rights laws may be more likely to occur.

Programme officers at the Open Society Foundations have written that the biggest challenge to implementing freedom of information legislation on the continent lies in fears over national security, which governments have used as an excuse to curtail transparency:

Perhaps the biggest single constraint to the effective implementation of access to information in Africa is the regional challenge of insecurity and mass-casualty terrorism. Negotiating the balance between guaranteeing public safety and security on the one hand and open and transparent government on the other has not been easy.

The bill was finally sent to the parliament in 2010, but the thrust to get the bill passed swelled in 2017. This was due to the formation of the Media Coalition on RTI which, with “support from other civil society organisations in the past 11 months, piled pressure on Parliament to get the Bill passed,” according to Ghanaian media outlet MyJoyOnline.

Ghana will join 22 other African countries that have adopted RTI laws (AFEX has a complete list through 2017), but as others have seen, the law's existence does not guarantee its robust implementation.

Nigeria, Ghana's close neighbour, went through a similarly slow legislative process before the Freedom of Information (FOI) was signed into law in May 2011, by then-President Goodluck Jonathan. In the case of Nigeria, the FOI Act was preceded with a decade of activism which included three trips through and fro Nigeria's parliament, the National Assembly.

While civil society and the press struggled to make government business more transparent and open, the government resisted these moves.

Ayobami Ojebode, a professor of communication, wrote that the reasons behind the “reluctance” to pass the bill were a manifestation of “the age-long struggle in Nigeria (and elsewhere) between the press, citizens and civil society on the one hand and the government on the other.”

Nigeria's law gives everyone the right to request information “in the custody or possession of any public official, agency or institution.” In principle, making an FOI request in Nigeria can be done orally to an authorised government or public official “who must then reduce the application into writing and provide a copy of the written application to the applicant.” A request may also be made in writing or through a third party for illiterate applicants.

But in practice, this freedom has not been so easy to exercise. In a 2014 survey study, Ifeoma Dunu and Gregory Obinna Ugbo found that most Nigerian journalists were underutilising the act because it is difficult to take advantage of in practice. Despite being aware of the existence of the FOI, most of the journalists who participated in the study had “never made use of the law in the discharge of their journalistic responsibilities.” More than 80% of respondents said that some government authorities were not compliant with principles of the law, and that they had challenges using the law.

This study was conducted just three years after FOI became law in Nigeria. Today, many more journalists and civil society groups have kept tabs on the government through FOI applications. One project, known as the FOI Vault, tracks the number of requests made and to which government agency.

Abayomi Akinbo, a development professional, described for Global Voices some of the limitations of FOI requests in Nigeria: The FOI Act still clashes with the Official Secrets Act, which remains binding for Nigerian public officers. Thus, since most Nigerian civil servants “think that everything is a secret,” most FOI requests are either “ignored or answered superficially.”

This shows that Nigerian civil servants still need capacity-building on the true workings of an FOI request. It also suggests that the Official Secrets Act should be amended to eliminate clashes with the FOI.

The passage of RTI in Ghana is being watched with muted breath. As the Nigerian experience has shown, the passage of a law is one thing, but its implementation is another.