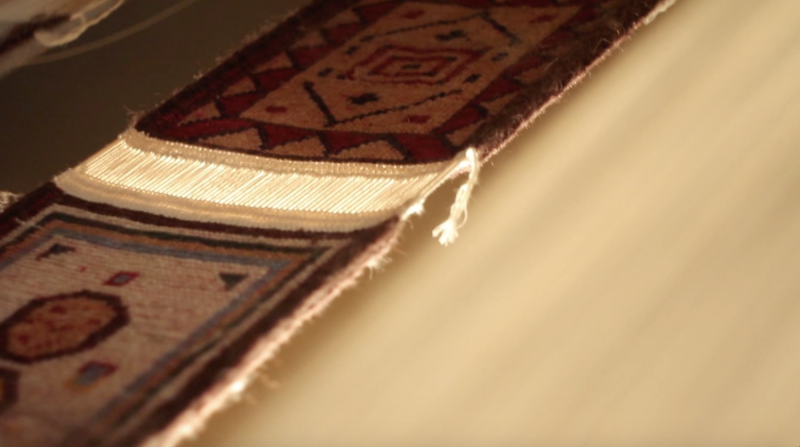 A carpet. For illustration purposes only. Photo by Chai-Khana.org, used with permission.

As a boy Samvel Mikayelyan was mesmerized by his neighbour’s fingers as they flew over the large loom as she weaved threads and crossed knots. He decided then to become a rug weaver — no matter if tradition in Armenia has it set in stone as a woman’s job.

Mikayelyan remained loyal to his dream when he grew up and, now 53, as one of the very few male weavers in Armenia, he is adamant that carpets know no gender.

Three days a week he joins his two fellow villagers and work companions, Srbuhi Martirosyan and Marta Gasparyan, in the House of Culture in Sasunik, a village about 30 kilometers from the capital, Yerevan, where his family moved in the early 1970s from then-Soviet Azerbaijan. He was seven and has lived in Sasunik ever since. His grandmother, an Armenian from Turkey, was a carpet weaver too but none of her rugs made it to Armenia.

The rest of the week Mikayelyan multitasks: he bakes lavash, Armenia’s typical soft, thin unleavened bread baked in a tandoor-like oven, and does tailoring at home. A single father, he also raises his two sons.