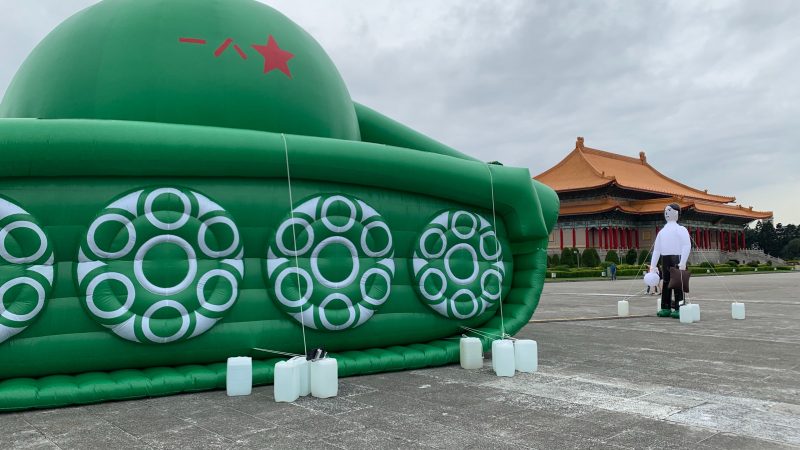 The following post is originally written by Tom Grundy [1] and published by Hong Kong Free Press on May 22, 2019. It is republished on Global Voices under a content partnership agreement.

A giant inflatable “Tank Man” sculpture has appeared in the Taiwanese capital, almost 30 years after the Tiananmen Massacre.

Situated outside the landmark Chiang Kai-Shek Memorial Hall in Taipei, the inflatable tank and lone protester were installed by a local artist named Shake. She told [2] Reuters that she hoped China would become democratic one day: 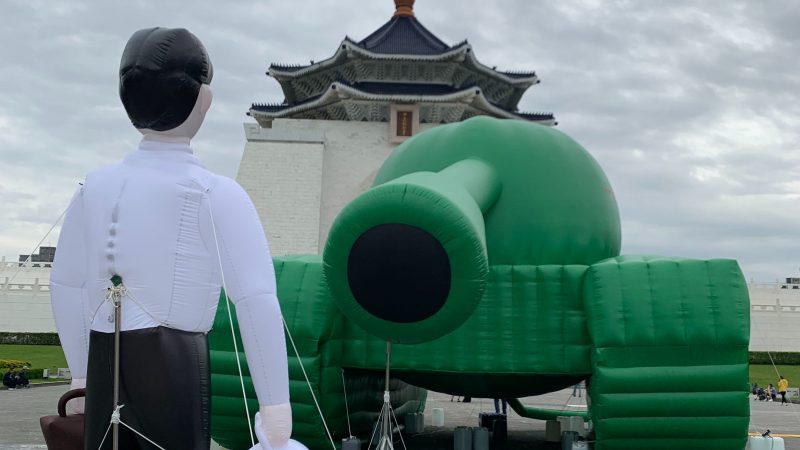 The appearance of the inflatable sculpture coincided with the 2019 June 4 International Symposium, which was held over the weekend alongside a series of commemorative events in Taiwan. A candlelight vigil, lectures, and seminars will also be held to mark the 30th anniversary.

Free speech is protected in democratic Taiwan, though Beijing considers the island to be part of its territory.

In 2016, the artist and cartoonist Badiucao conducted a performance in Adelaide, Australia to pay tribute to “Tank Man.” He later launched a campaign to encourage other people around the world to pose as the lone protester [4]. 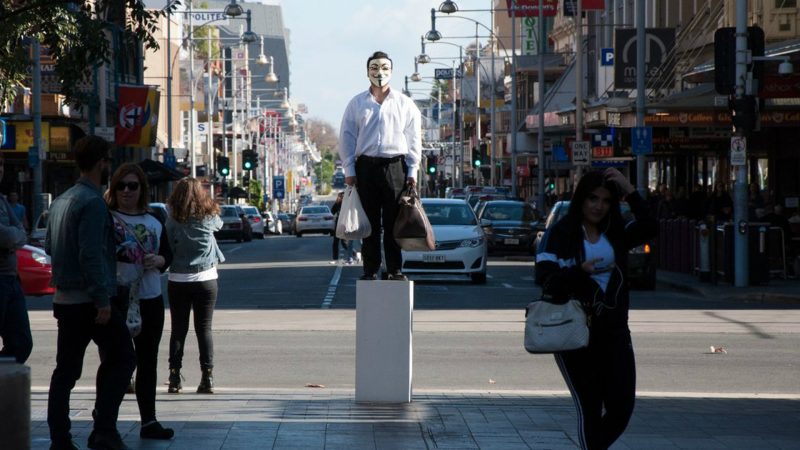 The Tank Man performance in Adelaide in 2016. Photo: Badiucao.