India's Lok Sabha 2019: Results are in after a weeks-long election process 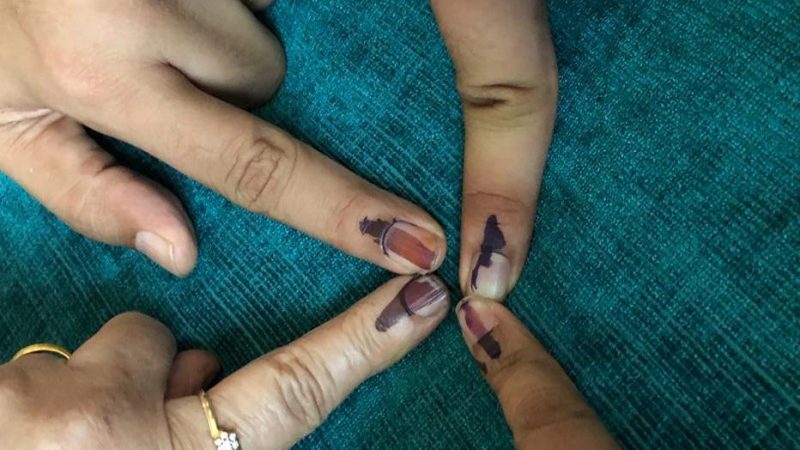 The Lok Sabha 2019 election (Indian general election) was nothing less than a typical political soap opera — complete with name-calling and an eventual hashtag battle between parties. As this weeks-long voting period draws to a close today, voters wait with bated breath for the results.

Three political parties came together to try and get into a coalition before the elections. This was called the ‘Gathbandhan’ (Alliance) that was comprised of Samajwadi Party, Rashtriya Lok Dal and Bahujan Samaj Dal. These parties are local parties of Uttar Pradesh, a state that has been crucial for the current prime minister's Bharatiya Janata Party (BJP) to win in order to gain a majority in the Lok Sabha in 2019. The opposition called for a meeting in order to discuss the possible outcomes of the election.

Aside from the voting itself, the most important part of this election was the use of social media in the election campaigns. Hashtags played a crucial role. According to searches tracked on Google, hashtags for the BJP started off to be more popular than those supporting the Congress Party. However, the two parties mostly used the hashtags “Main Bhi Chowkidaar” (Even I am a guard), “Chowkidaar Chor Hai” (The guard is, in fact, the thief) and “Phir Ek Baar Modi Sarkar” (Modi government once again).

As the 2019 Lok Sabha elections draw to a close on 23 May, the political parties have started to ready themselves up for the possible outcomes of the elections. The Lok Sabha needs a majority for a political party to have its candidate in the Prime Minister's seat.

Out of the total 542 seats in the Lok Sabha, many news outlets are reporting that the BJP is projected to win a majority of seats — enough for the BJP to have Narendra Modi as Prime Minister without any backing from other parties or coalition. Many netizens have taken the exit poll results to be completely reflective of the actual results and have started congratulating Narendra Modi for his win before the official announcement.

And here's the Congress numbers (from a clued in leader)- 230- bjp, congress -160- Others- rest (150odd)- On BJP numbers they agree but is the Congress’ demise declared by exit polls too soon? #ElectionResults2019 https://t.co/yeIjiEHXMj

Congratulations PM @narendramodi!
Indians have spoken from the heart and voted you back resoundingly. They have rewarded your good governance, and empowered you to keep building #NewIndia for the next 5 years. #Election2019#ExitPolls2019#ElectionResults2019@BJP4India pic.twitter.com/zXc6Rpazu1

Various news channels and websites have arranged for live updates and analyses of the election results through the course of 23 May 2019.

Tune in to @TheQuint for all the counting day updates, numbers, analyses and a lot more throughout the day with @Raghav_Bahl. #ElectionResults2019 pic.twitter.com/MgLE6tOO8H