Jamaica’s ‘Voices for Climate Change’ spreads its message with music

When it comes to climate change, music is the message 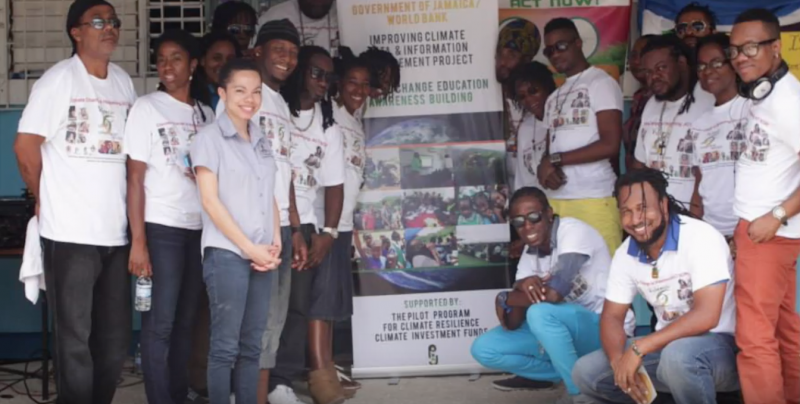 Screenshot from the YouTube video “Voices for Climate Change Education – 2019 Campaign,” published by Panos Caribbean. The organisation has launched an eight-month climate change community awareness campaign in four communities across Jamaica: Rocky Point and Lionel Town in the parish of Clarendon, Ridge Red Bank in St. Elizabeth and White River in St Ann.

From reggae and dancehall music to jingles extolling the virtues of everything from laundry detergent to fast food, the way to any Jamaican’s heart is through song — prompting Panos Caribbean, a media-savvy non-governmental organisation, to take a musical approach to spread its environmental message. The organisation has been successfully sharing critical information with the public through its Voices for Climate Change project.

Those voices rang out loud and clear at the historic United Nations Conference in Paris (COP21) in 2015. There, Jamaican singer and songwriter Aaron Silk joined forces with other musicians — including Belizean performer Adrian Martinez — to advocate for a 1.5-degree limit to global warming.

The musical message, which supported the position of Small Island Developing States, was considerable, influencing the aspirations reflected in COP21’s final document.

Years later, the “1.5” message continues to resonate in the eastern Caribbean, where singers have intertwined St. Lucian poet Kendel Hippolyte’s words with their own lyrics in order to ensure the message hits home. 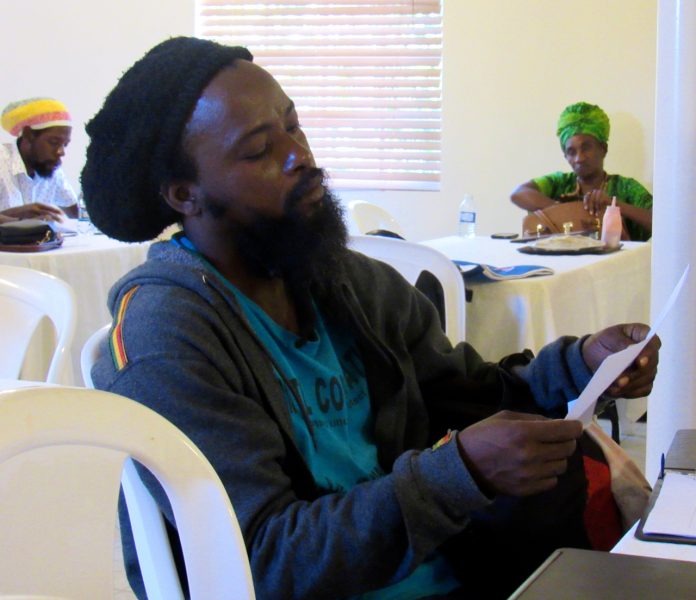 Community artist Sammy Junior, from Rocky Point, Clarendon (a community impacted by sea level rise and coastal erosion) at a workshop on Climate Change Messaging in Jamaica on March 14, 2019. Photo by Emma Lewis, used with permission.

The climate change crisis in 2019 is even more urgent than it was four years ago and in Jamaica, rural citizens from farmers to fisherfolk are heeding the wake-up call. Artists, schoolchildren and community members came together in different parts of Jamaica — Kingston, Lionel Town, Ridge Red Bank and White River — for four days of workshops during the months of March and April. There, they honed their communication skills and learned about the impact of climate change. Powerful lyrics emerged, ideas flowed and eye-opening field trips provided on-the-ground perspectives:

Mother Earth she bawls
Deep in the forest where the trees fall
Look upon the reef, see the fish how small
Give them a little time, make them grow big and tall 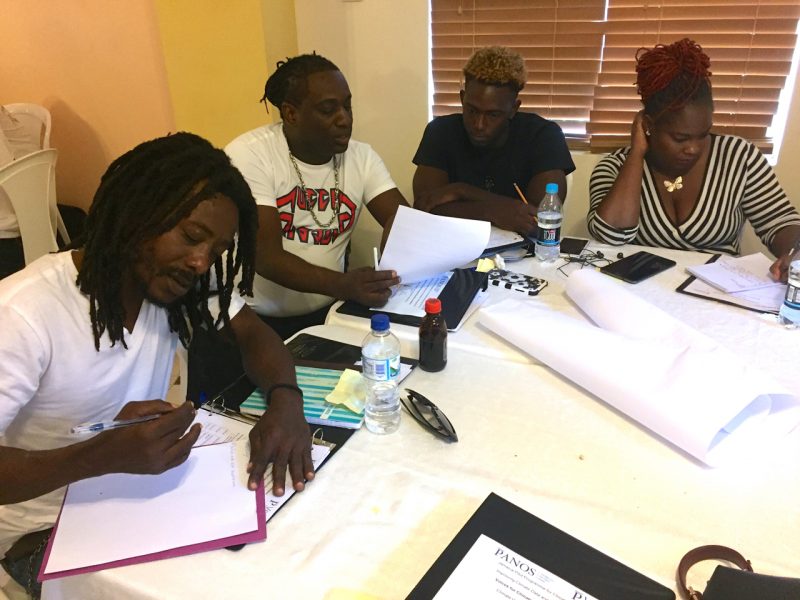 Artists from Kingston, Clarendon and Spanish Town working together on lyrics at the Climate Change Messaging workshop. Photo by Emma Lewis, used with permission.

With Panos’ launch of a new Caribbean theme song for Earth Day, the Jamaican group is booked solid for school and community concerts, as well as the Read Across Jamaica initiative and tree-planting sessions. Lyrics like these, delivered to a roots reggae rhythm and infused with dancehall vibes, somehow manage to hit home:

Mother Nature yearns for life
The more the factories burn, she cries.
When will we learn, and be wise?
The more the ice caps melt, the sea rise.