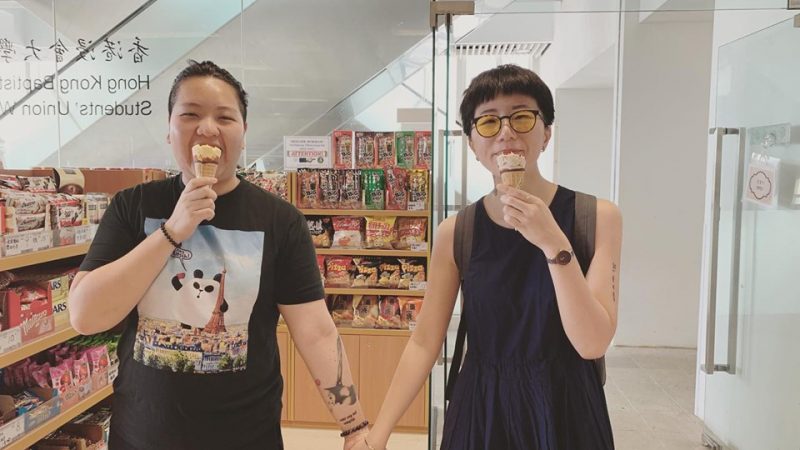 An online advertisement about tofu ice cream released by Swedish furniture company Ikea in Hong Kong has stirred up controversy on social media.

The Chinese language online ad released on May 3 reads: “You can eat my tofu whenever you like”. On social media, it was attached with a note: “You guys can eat (my tofu), but please be gentle.” In Cantonese slang, “eating someone’s tofu” (食豆腐) means taking sexual advantage of a woman through verbal or physical harassment.

In response, feminist activist group Gender and Sexual Justice in Action demanded the company take down the ad and criticized its sexual connotation on Facebook:

[The ad] generates the image of a woman wishing for her body to be eaten like tofu. The public gets what it means and expresses their urge to “eat someone’s tofu”. The sexual connotation was released and it attracts responses that reinforce the pre-existing gender-sexual relation. The ice-cream ad once again treats woman’s body as an object [desires] to be taken advantage of [by man].

The feminist group's comment attracted a huge number of remarks which attacked the group for reading too deeply into the ads and killing the joke. The furniture company also refused to take down the ads and replied to the group:

We have been working hard to communicate in a playful yet positive manner, so our customers may better understand our offers. The latest Tofu-flavored Sundae promotional post “speaks” for itself to emphasize the silky taste.

A majority of online voices sided with Ikea and more vocal attacks on the feminist group emerged. Deeply troubled by the online reactions, on May 9, a group of 20 civil society organizations jointly filed an official complaint to the Equal Opportunity Commission. The joint letter demanded that the commission investigate the incident:

The campaign calls upon same-sex friends or couples to upload a photo of themselves eating ice-cream while holding hands. The campaign aims to praise the culture of LGBT friendly ads and to express disapproval of Ikea’s tofu ads.