According to the authorities, the situation is under control 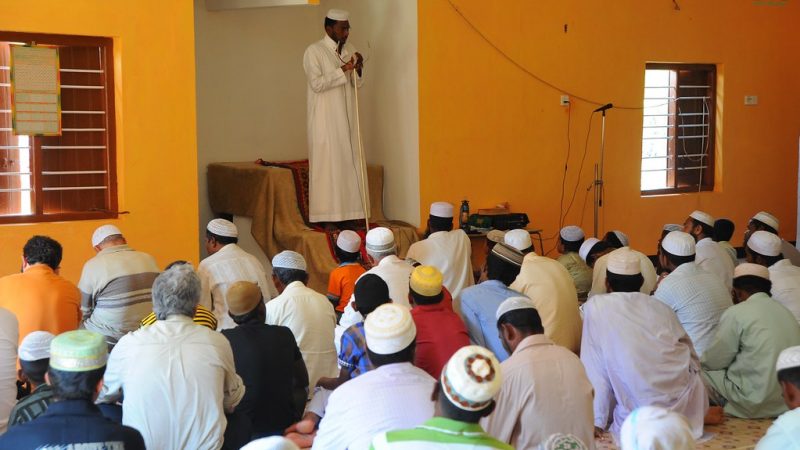 On 12 May, anti-Muslim violence was allegedly sparked over a Facebook post by a Muslim trader in coastal Chilaw town located 80 km away from Sri Lanka's capital, Colombo. Within hours, mobs began attacking mainly Muslim-owned buildings and houses in other cities in the North Western province. By 13 May, around 500 houses, shops, mosques, and other religious centers were damaged, one person was killed, and ten others were seriously injured. The authorities imposed a curfew in the entire country until the morning of 14 May, amid fears of the attacks spreading.

The authorities also temporarily blocked a number of social media networks and messaging apps, including Facebook and WhatsApp, to control the situation.

The scale of the anti-Muslim violence in Sri Lanka over the last few days is just remarkable. Like previous episodes in the country, none of this is simply “organic” rioting. https://t.co/HW2FWmHIzn pic.twitter.com/ZeLBWMtdDI

This comes in the wake of the 21 April 2019 bomb attacks on churches and hotels during Easter celebrations, which killed 258 people and rattled the country. As details of the Easter events emerged, locally based radical Islamic groups were identified as the attackers and many of the perpetrators died in suicide bombings. Many feared that the local Muslim community would be targeted as a scapegoat for the terrorist acts, against the backdrop of century-long violence by the Sinhala majority against minority Tamils, Muslims, and Christians.

Tisaranee Gunasekara describes how the recent violence started in a blog post for Groundviews:

The outburst of anti-Muslim violence began on 12th Sunday in Chilaw (the inciting incident seemingly was a Facebook post by a Muslim trader with deficient English and a cavalier attitude towards punctuation; it was translated into Sinhala by a Sinhalese whose knowledge of English was even poorer). Within hours, the violence spread to other parts of the North Western Province and to Gampaha district. Undeterred by the curfew or the presence of the security forces, the mobs attacked and burnt, as they did in Digana in 2018, Aluthgama in 2014 and nationally during Black July.

As of now, the worse of the violence seems over. Even so, this is only a reprieve. If the perpetrators of this week’s riots are not brought before the law, fast, a new outburst is bound to follow.

The Facebook post quoted the Muslim trader as saying, “Don’t laugh more, 1 day u will cry,” which allegedly caused people to believe it was a warning of an impending attack.

Images and videos of the destruction caused by mob retaliation were being circulated on social media:

A small glimpse of what Muslims in Sri Lanka are waking up to right now. Several homes, mosques, and businesses destroyed. #SriLanka pic.twitter.com/UhEMUJzqiF

Takes a lifetime of hard work to build and moments to burn it all to the ground… pic.twitter.com/gAt99xZGPD

1. #LKA ‘s largest Pasta factory owned by a Muslim burnt to the ground by mobs. The operations at this factory had begun only several months ago. Employs over 70% Sinhalese staff. Witnesses say a group of at least 500 mobs destroyed the factory #Minuwangoda pic.twitter.com/0lMgFUYgXU

There is an indication that hardline Buddhist groups were behind these anti-Muslim attacks. Police have arrested 78 suspects for the violence and unrest especially in Kurunegala, Kuliyapitiya, Nikaweratiya, and Chilaw. According to the authorities, the situation is now under control.

At Groundviews, Gitendra E Chitty asks Sri Lankans for peace and solidarity in these difficult times:

Sri Lanka must bring its communities together, no matter what race or creed. Because these attacks were not against Christians or tourists. These mobs were not against Muslims. They were against each and every one of us, and their damage to our mindsets and our morals and our sense of belonging is real – for Sinhalese, and Tamil, and Muslim, and Burgher, and every other ethnic and religious group.

The flames of hatred belongs to no religion, it destroys everything in its path, Minuwangoda, Sri Lanka, May 14, 2019 pic.twitter.com/0i9Hq2GXDt

Our National Flag and Our National Anthem brings us together under one name Sri Lanka, while our communities are fighting with each other forgetting that they are destroying everyone as a whole. Wake up and have a look at what it means to be as one! #SriLanka pic.twitter.com/HtBCwZAdAV