30 years after the Tiananmen Massacre: An interview with survivor Zhou Fengsuo

Regardless of how dark the situation is, we will persist. 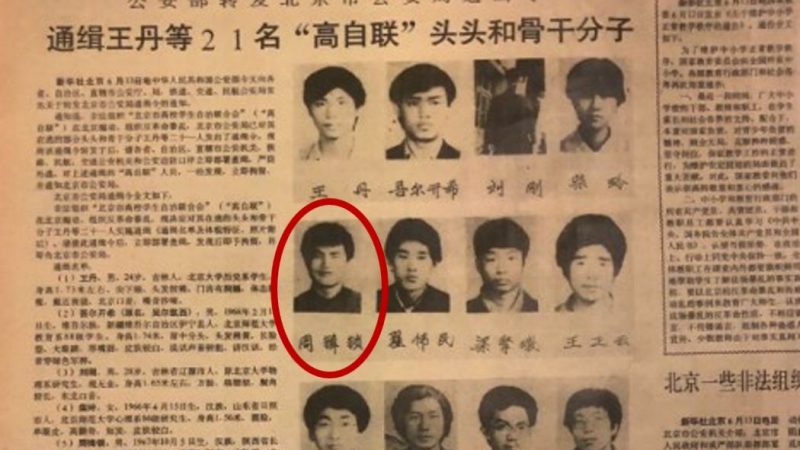 Zhou Fengsuo (circled) was no.5 in the Beijing police wanted list after the 1989 Tiananmen Massacre. Photo: Zhou Fengsuo.

The following post is originally written by Kris Cheng and published by Hong Kong Free Press on 12 May 2019. The edited version is republished on Global Voices under a content partnership agreement.

Ahead of the 30th anniversary of the Tiananmen Massacre, HKFP asked several survivors of the crackdown to answer a set of questions about the tragedy and share their views on China’s future.

The 1989 massacre ended months of student-led demonstrations in China as the military was deployed to suppress protesters in Beijing. It is estimated that hundreds, perhaps thousands, of people died.

Zhou Fengsuo was a fourth-year physics student at Tsinghua University in 1989 who became a student leader of the Beijing Autonomous University Students Union during the movement. He now lives in the US and HKFP last spoke to him in 2014 when he visited Hong Kong during the Umbrella Movement protests. Zhou had previously worked in finance and currently serves as president of the group, Humanitarian China.

HKFP: It is becoming more and more difficult to demand responsibility for June 4th. Do you still have any hope?

Zhou Fengsuo: The Chinese Communist Party must bear responsibility, this is the most important thing. Those directly responsible were, of course, the families of ex-Chinese leaders Deng Xiaoping and Li Peng.

We have our views on how to seek responsibility – in my view, if a democratic government seeks responsibility from them, the wealth of the two families must be taken away, including their next generations.

To seek responsibility is to seek justice, and the beginning of that is to find the truth. For example, how did they decide how to kill people? Why did they kill people? Truth is important for finding out who is responsible.

We have evidence that clearly points to the families of Deng Xiaoping and Li Peng. Some have proposed placing two kneeling statues at the Liberty Sculpture Park [in the US] close to the June 4 monument. This is what we can do on the civil side.

HKFP: Is there any particular experience you recall vividly after leaving China?

Zhou Fengsuo: I was jailed for a year after 1989. I was in exile in Yangyuan County in Hebei Province. I left China in early 1995.

I fought for my opportunity to leave China. I went through a long process – I earned a scholarship to study physics [at a US university] but I was not given a passport. I protested and marched and fought for my passport. 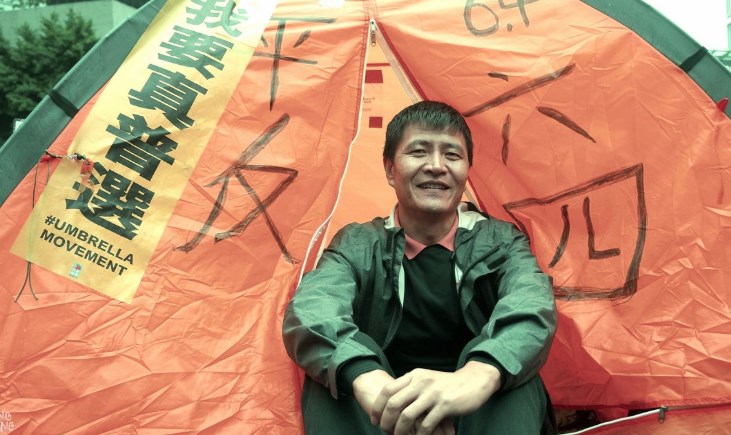 HKFP: Some 1989 activists are still in China. Are you concerned about their condition? What can be done for them?

Zhou Fengsuo: Humanitarian China [a group Zhou co-founded] has been helping them by providing financial assistance, getting information about their situations and advocating for them. They include the Tiananmen Mothers, [Chinese] residents who were against the violent crackdown, and wanted students. We have been helping them in all kinds of ways.

Many are under oppression because of the 1989 protests and the commemorations afterward. They include the '89 alcohol bottle case, and Zeng Guofan of Jiangxi Province who was arrested last year for commemorating June 4 – these are the people we are concerned about.

The most important thing is that we need more people to talk about their stories. The authorities were very barbaric in these cases, and there weren't many people in China who would speak out for them.

They also include Professor Xu Zhangrun and Jiang Yanyong – we need to care about them. Many people have sacrificed their freedom. Liu Xianbin was jailed for more than 20 years in 1989. We need to pay attention to them because the Chinese Communist Party hopes that they will be forgotten after 30 years.

HKFP: 30 years have passed and many relatives and parents of the victims have passed away. Do you regret being unable to visit your family for decades?

Zhou Fengsuo: I have no regrets about not being able to go home to visit my family. I have talked about it many times – the Communist Party wanted me to come back and make a fortune. But I said, if I come back, I will not visit my family, I will not do business. I will talk about June 4 for my whole life anywhere, and it will be my top priority when I return to China.

The work I do overseas will continue in China. I don’t really like the sentimentality of the subject of returning home. This is something that the Chinese Communist Party has exploited. It wanted to make coming home a sentimental thing – this is not acceptable. If I come back, I will do everything to overthrow this regime, I have said this many times.

HKFP: After 30 years of huge changes, where do you see China going in the future? Do you see any hope that it will turn out better politically?

Zhou Fengsuo: To tolerate the existence of the Chinese Communist Party is not only dangerous to Han people in China but to people in Tibet, Xinjiang, Hong Kong, Macau and the whole world.

This is the reality we are facing. We allowed this regime – which killed people using tanks in 1989 – to continue to exist, the US did business with it. It was – and is – the shame of the international community.

We will never reconcile, we must fully resist.

HKFP: In terms of recent developments in China, two of them are particularly alarming: The crackdown on lawyers and the phenomena of forced confessions. How do you see these developments?

Zhou Fengsuo: We cannot be optimistic about China’s situation. The madness of Xi Jinping has its own basis in Chinese society, namely the middle class pretending to be ignorant and the young generation who are being brainwashed.

This is very scary for a country’s future and a great challenge to the world’s development of peace. Xi Jinping’s madness and stupidity is a representation of this country. China will have to pay a heavy price for it in the future.

I believe that forces pushing for change inside China – bottom-up or top-down – were almost non-existent. It may likely be the case that we need to force China to change through the confrontation between countries.

But our principles won’t change, regardless of whether China will change. We demand a regime which has respect for freedom, dignity, and life. Regardless of how dark the situation is right now, we will persist.