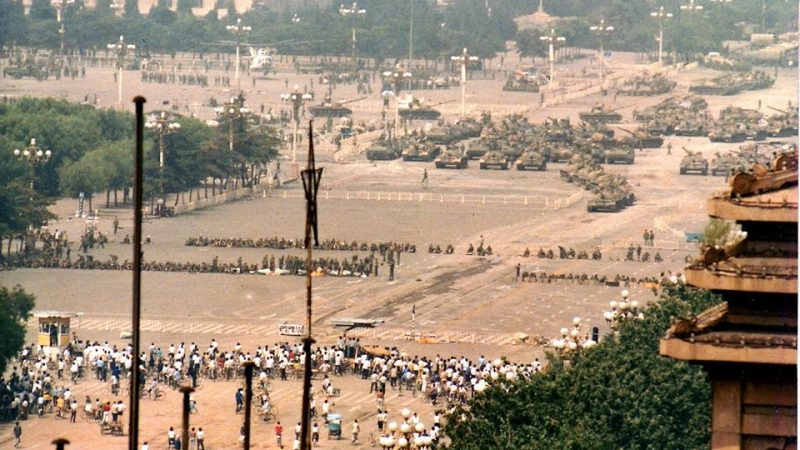 Image from “I am a journalist, my June 4 story”

To commemorate the 30th anniversary of the 1989 Beijing June 4 Massacre, a group of 60 Hong Kong journalists has decided to document the event with a multimedia publication project: I am a Journalist, My June 4 Story.

It has been 30 years since the rise and fall of the 89′ Democracy Movement (八九民运) in China. The 50-day democratic movement led by students ended with a brutal military crackdown on June 4. A confidential US government document, revealed in 2014, reported that a Chinese internal assessment estimated that at least 10,454 civilians were killed.

Within China, the incident is a political taboo and cannot be mentioned. While in Hong Kong, citizens have attended annual candlelight vigils to commemorate the victims for the past 30 years.

The “I am a Journalist, My June 4 Story” project stresses the role of journalists as witnesses to history and highlights their obligation to tell the truth and share their insights:

It has been thirty years since the June Fourth Massacre. The dead remain unnamed, protesters persecuted and killers at large. Facts are being distorted and rewritten so that the young generation will never know. No journalist should let this happen; in particular those who witnessed the killings. Not only should they retell the tragedy but also their insights into it. That's the obligation of every witness of history.

The 60 journalist's accounts of the incident will be published in book form and released on 4 June 2019. The project will also release one video interview every day starting from May 5. Below is the project's trailer:

The first journalist to talk about the incident in the video series is Ching Cheong. 30 years ago, he was the deputy editor-in-chief of Wen Wei Pao, a Chinese government-sponsored newspaper in Hong Kong. To everyone's surprise, the paper published a blank-editorial to express discontent after Beijing issued martial law on 19 May 1989. Ching Cheong revealed that though people like him anticipated that the older generation in Chinese Communist Party would choose “to kill 100 thousand people in exchange for 20 years of stability”, the newsroom was outraged to see the announcement of martial law:

Another video testimony was given by Leung Wai Man, a Singtao evening news journalist who still keeps a voice record of what she had gone through from June 3 to June 4:

Wong Kan Tai, another journalist from Wen Wei Pao, took leave from the news outlet in May 1989 and traveled to Beijing as an independent journalist so he could record the event from his own perspective. He re-visited Beijing in 1998 after 10 years to continue digging for the truth. He believes the incident is not over and there is still a lot of news to cover.

The project was funded by “People Will Not Forget Foundation” which is managed by Hong Kong Journalists Association.