Mauritanian blogger escaped the death penalty, but remains behind bars

Mohamed Cheikh Ould Mkhaitir was convicted of apostasy in 2014. 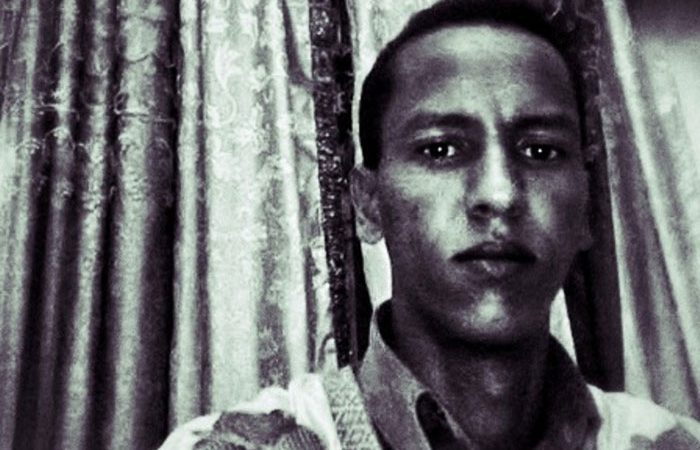 Ould Mkhaitir was sentenced to death in 2014 over an opinion piece published online.

Despite having his death sentence commuted more than a year ago, Mauritanian blogger Mohamed Cheikh Ould Mkhaitir is still in prison.

Ould Mkhaitir was sentenced to death in 2014 over an opinion article published on the website of the newspaper Aqlame. In the article, entitled “Religion, Religiosity and Craftsmen”, Ould Mkhaitir criticised the role of religion in Mauritania’s caste system, using stories from the lifetime of prophet Muhammad to support his argument. The original article has since been taken down by Aqlame, but is still available online.

A court convicted him of “apostasy” and sentenced him to death under Article 306 of the Mauritanian Penal Code.

In April 2016, a court of appeal upheld his sentence and referred his case to the Supreme Court, which then returned it to the appeal court for ”procedural irregularities”. In November 2017 his death sentence was commuted and reduced to two years in jail and a fine by the court of appeal. However, despite having already served more than two years in prison, the authorities did not release Ould Mkhaitir. Almost 18 months after the appeal court's decision to release him, he remains behind bars.

On April 24, 2019 Mauritania's justice minister said that Mkhaitir was in “temporary detention” and that “only the Supreme Court can rule on his fate.”

Article 306 of the Penal Code previously provided that if the convicted person “repents” before his or her execution, the Mauritanian Supreme Court could commute the death sentence to a jail sentence of between three months and two years, and a fine.

But in April 2018, the Mauritanian National Assembly passed a law making the death penalty mandatory for anyone convicted of “blasphemous speech” and acts deemed “sacrilegious.”

“The timing of the enactment of the law just a few months after the court of appeal ordered Mkhaïtir’s release appears to be related to his case,” Human Rights Watch said in November 2018.

Critiques of racism and the caste system are taboo in Mauritania, and have spurred many political and legal threats against journalists and activists in recent years. In 1981, Mauritania became the last country on earth to officially abolish slavery, and only criminalized the practice in 2007. But since that time, UN officials and human rights workers have documented evidence that thousands of people, many of them ethnic Haratines of black African origin, are still enslaved, living in situations of forced labour, or otherwise facing caste-based discrimination.

The Mauritanian government denies that slavery still exists in the country, and many people like Ould Mkhaitir, who speak out against the practice and discrimination against Haratines, have been jailed and prosecuted. Last September, authorities jailed and charged activist Abdallahi Salem Ould Yali with incitement to violence and racial hatred for posting messages in WhatsApp group denouncing the plight and the marginalisation of his community.