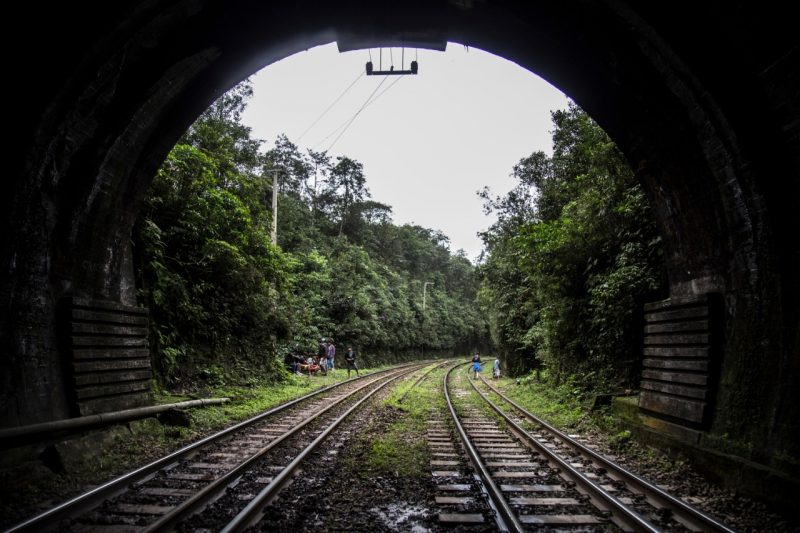 On April 24, the shareholders’ meeting of Rumo Logística, a Brazilian railway consortium, had a few new, unexpected faces: a group of five indigenous people of Guarani and Tupi ethnicities who had recently bought six shares of the company.

They each represent one of the five officially designated Indigenous Lands in the southeastern state of São Paulo that was affected by a 90-year-old cargo railway which Rumo operates and, in 2014, began to expand. In order to compensate for the impact caused by the railway expansion, the state contractually obligates the company to “build new houses, prayer sites, a bridge, community gardens and acquire micro-tractors” for the communities. Around 5,000 people live across the five Indigenous Lands impacted by the railway's expansion.

But indigenous representatives say the company has failed to fulfill such duties, according to a story by Folha de São Paulo. The Federal Prosecutor's Office confirms this: 63 out of the 97 renovation works provided for in the concession contract are frozen. On April 19, prosecutors recommended Ibama, Brazil's national environmental agency, to immediately suspend the new railway's construction as well as Rumo's operation license. They also recommended the agency to fine Rumo in 10 million reais (2,5 million US dollars).

In a letter read at the April 24 assembly, the five indigenous shareholders detailed their plight. They've described how the trains have affected wildlife in the area, as well as limited people's circulation. In addition, they've reported their struggle in dialoguing with the Rumo, and also discredited the corporation's latest Annual Sustainability Report, which states Rumo it is “perfectly fulfilling their obligations, in a participatory and inclusive way, with the affected indigenous communities.”

Speaking with reporter Pedro Biava of newspaper Brasil de Fato, Adriano Karai, of Guarani ethnicity, said the indigenous shareholders’ goal was simply to have their voices heard by the company's investors rather than profiting from the shares (which they bought for 17 reais each, around 4,30 US dollars).

Karai also described how the newly expanded railway has affected his community of Tenondé, located in the city of Paralheiros:

There is the noise of the train, which runs all night. The animals don't show up at hunting places anymore. We don’t have any quiet nights. They also transport a lot of grains that end up spilling on the land, and we know that that food isn't of good quality, it is transgenic. (…) Our lives are also in danger: the train passes through our territories, where walk visiting communities through trails. We are in constant danger of being hit by a train, because now there is one every ten minutes.”

According to the Folha story, the indigenous communities initially proposed to Rumo that it outsourced the renovation works to a local committee run by the communities themselves. According to the Prosecutor's Office, the company had initially agreed, but shortly after the October 2018 election of President Jair Bolsonaro, who ran on an explicitly anti-indigenous platform, it shifted its approach. On November 20, Rumo suddenly canceled its participation at a meeting with the communities, and since then hasn't shown up at any other meetings.

Speaking with Folha, the company said it never signed any agreement with the indigenous communities of outsourcing the renovation works to their committee.

The shareholders’ assembly on April 24 ended without any formal agreements, but Rumo's representatives said that the indigenous claims will be discussed at an internal meeting in May. 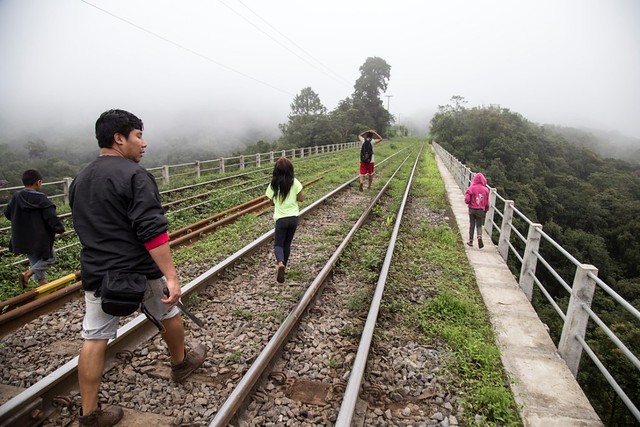 The Guarani and Tupi aren't the only ones engaging with so-called “shareholder activism,” a practice that isn't very common in Brazil.

In 2010, the group Articulation of those Affected by Vale (Articulação dos Atingidos e Atingidas pela Vale) purchased the company's shares in order to sit at their assemblies.

Vale one of the largest mining corporations in the world, and the operator of the dam that ruptured in the city of Brumadinho in January 2019, killing 236 people (34 are still missing).

On April 30, the day of a shareholders’ meeting, Articulation members pinned posters with the deceased people's names on the walls of Vale's headquarters, as reported by newspaper O Globo.

By voicing their concerns at those meetings, the companies are forced to register the activists’ demands in their minutes. One of the Articulation members, Carolina de Moura, herself a Vale shareholder, told O Globo:

We will keep speaking up. The company must invest everything they make in improving our rivers and caring about human lives.