Blocking public speech could contribute to the information crisis. 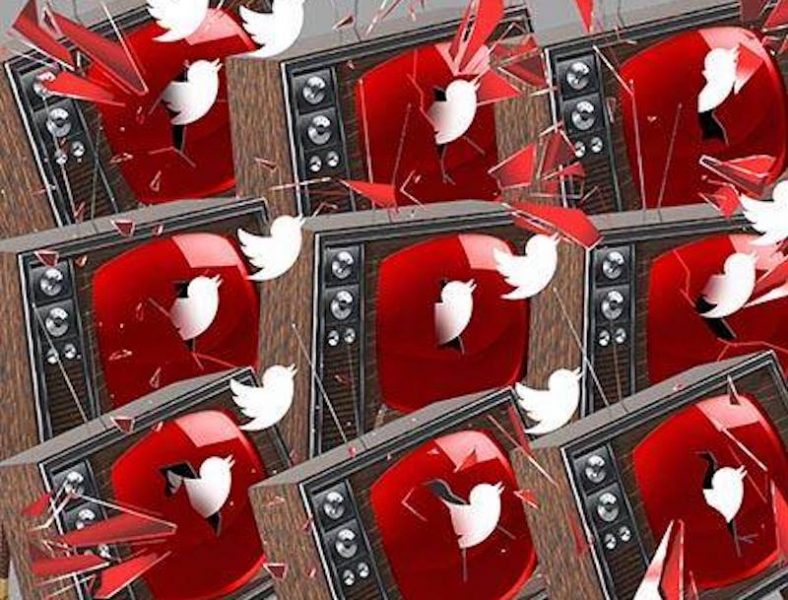 Detail of illustration by Venezuelan artist Eduardo Sanabria. Taken from his pubilc Facebook profile and used with permission.

As confrontations between Venezuelan state forces and opposition leaders escalated to new heights this week, Twitter suspended multiple accounts belonging to Venezuelan state ministries and foreign consulates on May 1 and 2.

Twitter accounts for the ministries of education, oil and women's affairs were all suspended on May 1:

At the time of publication, these accounts remained suspended. Some consular accounts, including that of the consulate in Vancouver, Canada, had been restored.

This is not the first time state or local officials in the country have had their accounts suspended, but the political stakes in this case are uniquely high.

Uncertainty about who is in power in Venezuela arguably has never been greater. Since January 2019, governments of 65 countries worldwide have recognized opposition leader Juan Guaidó as legitimate president of the republic, while for the others, Nicolás Maduro — who was re-elected in May 2018, amid widespread allegations of electoral fraud — retains the title.

On April 30, Guaidó called people to the streets for what he described as the “definitive phase” of “Operation Freedom”, an effort to bring an end to Nicolas Maduro's government. Protests are ongoing in many cities in the country, and authorities have resorted to violence in efforts to disperse demonstrators.

In recent years, it has become common for public officials, their associates and supporters to post messages on social media that might violate Twitter's rules against hate speech and violent threats. These types of behavior warrant account suspension, and may have caused Twitter to shut down these accounts (we asked the company for comment, and were awaiting their reply upon publication).

But the move could carry other consequences, both for the public and for the company. The government of Nicolás Maduro has called out Twitter's blocking of these accounts, noting that they took place “at the same time as the attempted coup,” underlining a suggestion raised by many Twitter users that the company has a bias against the Maduro government.

Alongside the significant questions this raises about Twitter's role (intentional or not) as a political actor in this scenario, the suspensions could offer authorities increased justification for blocking Twitter altogether.

The unique public value of accounts like these — even if they are spewing hateful or partisan vitriol — is also worth considering. With the accounts now suspended, their past tweets have been removed from public view. We cannot see what these officials said or did not say that might have triggered this response — their URLs simply lead to the generic “account suspended” page. Unless a third party has collected the information elsewhere, there is no public record of what the account posted in the past.

Whether or not these accounts were sharing important public information, any message coming from a public official — even if that official's status is contested — has some value to constituents. Twitter offers a unique window into people's minds and emotions, something that can be especially valuable in moments of political crisis. People want to know what their leaders are thinking.

The removals also contribute to the increasingly scarce landscape of public information available to Venezuelans, as electricity and internet connections flicker off and on, and major social media and news networks like BBC and CNN get kicked off the air.

Blocking even more speech from public view may only contribute to the information crisis.