Common leopard gecko found in Nepal for the first time

A new species of lizard has been recorded in Nepal 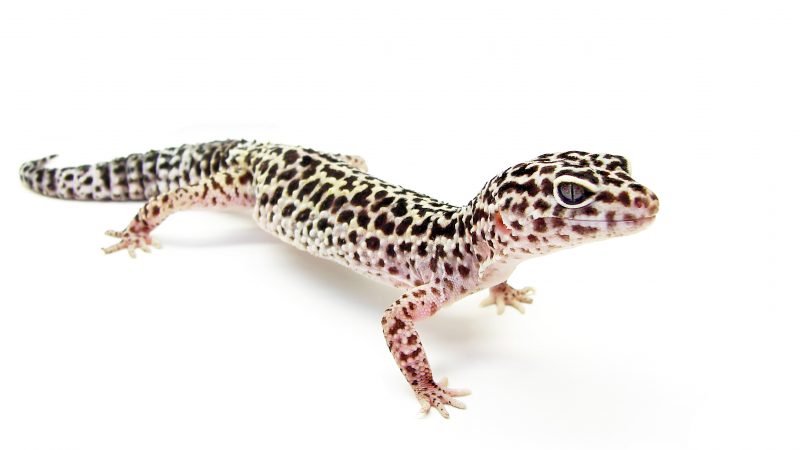 The common leopard gecko (Eublepharis macularius) has recently been recorded as a new species for Nepal; however, as Nepalese researchers and nature lovers officially recognize the country's 11th gecko species, some conservationists are also beginning to worry that it might be a possible target in the illegal exotic pet trade.

When Yam Bahadur Rawat posted a picture of a strange looking gecko in Facebook, reptile expert Karan Shah suggested it might be a new species for Nepal. “He then removed the post and on researching further it was ascertained to be completely new for Nepal,” said Shah, talking to Global Voices.

One of the research team members, Jeevan Thapa posted on Facebook:

Happy to share a new species of lizard recorded from Nepal. This documentation from Nepal added a new family, genus and species of herpetofauna from Nepal. Now, this species becomes the 11th gecko species for Nepal.

The first sighting of two common leopard geckos, nocturnal in nature, were found hibernating in the Kamdi Biological Corridor of Banke District in western Nepal. The corridor connects Banke National Park in Nepal with Suhelwa Wildlife Sanctuary in Uttar Pradesh, India. These secretive, ground-dwelling geckos have been reported to occur in arid habitats of Afghanistan, north-western India, and Pakistan. However, they were found in a sal (Shorea robusta) mixed deciduous forest in Nepal for the first time on 30 December 2016.

The team later found other evidence of common leopard geckos occurring in other places as well. On 18 April 2017, two more leopard geckos were found in Nawalparasi District and on 10 June 2018 in Surkhet District of western Nepal.

The team writes in their research article:

Common Leopard Geckos remained undetected in Nepal until now. This could be attributable to the secretive nocturnal nature of the species or the limited research on the herpetofauna in western Nepal. These new records from three different localities indicate that the species is likely to have much wider distribution in Nepal, including Banke National Park, which lies between the sites of these observations.

Unlike other geckos, they have moveable eyelids but they lack clinging toe pads – this means they can blink and close their eyes during sleep but can’t climb smooth vertical surfaces. They have tiny little feet with harmless claws. They live up to 20 years and some have even lived to 30 years in captivity.

Expensive and high in demand

These beautiful geckos, however, are traded both legally and illegally due to their high demand among exotic pet lovers.

Hardwick’s gecko (AKA Indian leopard gecko)
Why I don’t have one: HARD to get, and when they’re available, they’re RIDICULOUSLY overpriced thanks to demand. That also goes for other Eublepharis sp. that’s NOT a Common leopard gecko. pic.twitter.com/X1KrCT9ISH

As reported by Reptiles magazine, captive-bred leopard geckos cost between USD 20 to USD 3,000. However, as reported by DC Nepal, the security forces at Nepal-India border confiscated five leopard geckos which commanded a price of NRs 184 million (1.65 million USD).

The illegal trade of these geckos, although believed to be from India, suggests the traders might be targeting geckos from Nepal as well. However, the IUCN Red List of threatened species doesn’t include these magnificent species. So, the research team has recommended a detailed inventory of these geckos in Nepal that would lead to a better understanding of their distribution and help the conservation of these charismatic species.