Mansoor has not eaten since 17 March. 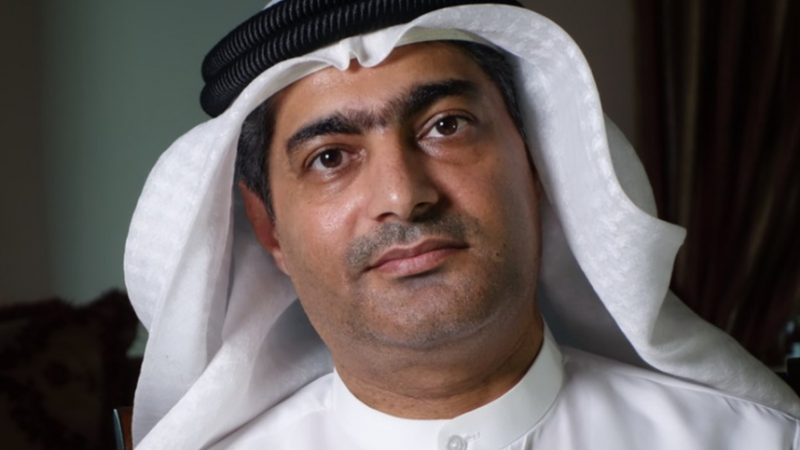 This post was co-authored by Khalid Ibrahim, executive director of the Gulf Center for Human Rights (GCHR) and Joe Stork, chair of the GCHR advisory board.

Our friend Ahmed Mansoor, a courageous human rights defender and father of four children, is in solitary confinement in the United Arab Emirates (UAE), serving a 10-year sentence for the “crime” of speaking out publicly about violations of human rights in the UAE.

Ahmed, who serves on the advisory boards of the Gulf Centre for Human Rights (GCHR) and Human Rights Watch’s Middle East division, has been arrested and jailed in his country multiple times since 2011. His current ordeal began in March 2017, when he was arrested and later convicted of insulting the “status and prestige of the UAE and its symbols,” publishing “false reports” on social media.

Our friend is being held in an isolation ward in Abu Dhabi's Al-Sadr prison, where he has no bed to sleep on and no water in his cell. He is not allowed regular family visits or other rights and privileges accorded to other prisoners, such as regular telephone calls and access to books, newspapers, and TV. He is not allowed to walk outside or participate in sports. These are all standard affordances for prisoners convicted of violent crimes.

The UN Special Rapporteur on Torture, and the UN Minimum Rules for the Treatment of Prisoners both consider prolonged solitary confinement to be a form of torture.

On 17 March, Ahmed began a hunger strike to protest poor prison conditions and his unfair conviction for his human rights activities. Since that time, his health has deteriorated significantly. His eyesight has begun to fail, as often happens to people who have endured a prolonged period without food (see the graphic below).

In March 2017, security forces raided Ahmed Mansoor's home in Ajman, where he lived with his wife Nadia and four young sons. Officers took him away, along with his mobile phones, laptops and other electronic equipment belonging to him and his family. The official UAE news agency reported that he was detained for using social media to publish “flawed information” and “false news” to “harm the reputation of the state.” The government refused to disclose his whereabouts, or allow him access to his lawyer or family.

More than a year later, on 30 May 2018, the Abu Dhabi daily newspaper The National reported that the State Security Chamber of the Federal Appeal Court had convicted Mansoor of insulting the “status and prestige of the UAE and its symbols,” publishing “false reports” on social media, and “seeking to damage the relationship of the UAE with its neighbours.”  The court sentenced him to 10 years in prison and fined him one million Emirati dirhams (US $270,000).

The entire trial was closed to media, diplomats and other outside observers. The charges and the conviction manifestly violate Mansoor’s right to free expression and opinion under international law. His conviction and sentence were upheld on 31 December 2018 by the Federal Supreme Court.

Mansoor began his work in defense of human rights in 2006 and since 2011 has been no stranger to incessant government harassment and persecution.

In April 2011, he was imprisoned with four other human rights defenders — the UAE 5 — for more than seven months after signing a petition addressed to the president of the UAE, in which they called for empowering the legislature and extending voting rights to all adult UAE citizens in elections for the Federal National Council. He and the other defendants were convicted of insulting the UAE’s rulers and jailed, but Sheikh Khalifa bin Zayed Al Nahyan, the UAE president, pardoned them the following day. Since that time, authorities have refused to return Mansoor’s passport, effectively denying him the right to travel.

In September 2012, Mansoor was physically attacked by an individual at Ajman University, hours after he participated by video in an event at the UN Human Rights Council in Geneva. Mansoor sustained injuries to his head, neck and hands. This attack came six days after he was physically assaulted by another individual also at Ajman University. Mansoor, who suspected that the attacks were orchestrated by state security, complained to the police on both occasions, to no avail.

Mansoor also has been subject to surveillance and spyware attacks. In 2014, his Twitter account was hacked. In August 2016, he received anonymous text messages urging him to click on an attachment that purported to include information about detainees whom UAE security services had subjected to torture. The Toronto-based Citizen Lab examined the messages and determined the attachment was spyware intended to hack, access and control his iPhone.

He also has been the target of harassment and death threats on social media. These have coincided with  smear campaigns in Emirati media.

On 6 October 2015, Mansoor was named the winner of the Martin Ennals Award for Human Rights Defenders of 2015 for being “one of the few voices within the UAE who provides a credible independent assessment of human rights developments in the country.” However, he was prevented from attending the ceremony due to the de facto travel ban imposed on him since 2011.

The European Parliament, UN Special Rapporteurs, and human rights organisations have all called for Ahmed's immediate and unconditional release.

Under UAE law, prisoners sometimes can apply for an early release after serving two-thirds of their sentences. Human rights groups, however, fear that Ahmed will have to serve the full 10-year sentence, if not more. There is also concern that he will be kept in unlawful detention after serving his sentence, as with others such as Osama Hussein Al-Najjar, a young blogger arrested for protesting the sentencing of his father. And once released, our colleague will also be placed “under surveillance” for three years.

Ahmed Mansoor’s life is at risk as a result of the terrible conditions of his imprisonment, which compelled him to undertake a hunger strike in March. We call on international mechanisms including the UN system to intervene urgently to ensure that the UAE government release Ahmed Mansoor and allow him to seek medical treatment without any delay.

Along with a dozen other human rights groups, we urge readers to support Ahmed Mansoor by joining our campaign for his release, by posting messages of support on a Facebook page created by his friends and on Twitter under the hash tag #FreeAhmed.