This Argentinian project documents street art from all over Latin America 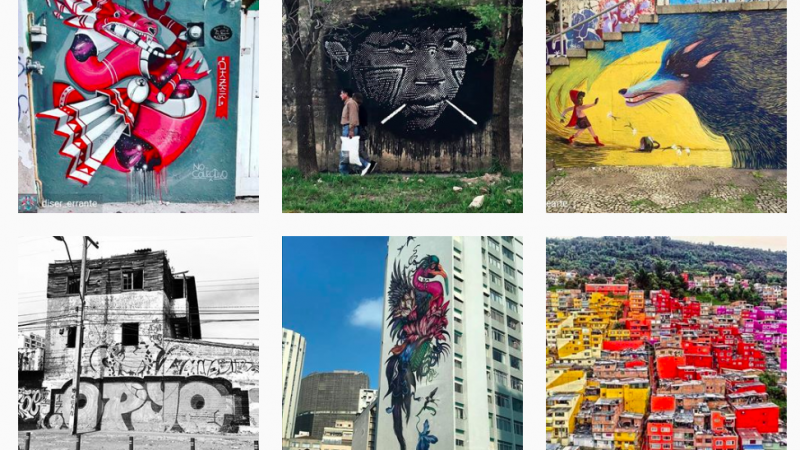 Arte Callejero Latinoamérica (Street Art Latin America, or ACL) is an Argentina-based project that uses social media to support and document street art from all over Latin America.

According to their website, the project was born in the context of the 1998-2002 Argentine Great Depression, when unemployment reached 20 percent and riots and looting were widespread. The meltdown led four presidents to resign in a space of just ten days in 2001, and the government to make the biggest debt default in history. By 2003, poverty had risen from 26,7% in 1999 to 51,7%.

Arte Callejero began paying attention to visual, artistic responses to the crisis on the streets of Buenos Aires and to document them on a website. Over the years, it began organizing exhibitions as it also moved their dissemination efforts to social media platforms.

The project's founder is Ivan Andrada, an artist and cultural producer from Argentina. He's told Global Voices via Instagram DM that he has organized street art exhibitions in Chile and Mexico, and that he often travels around the region to promote ACL.

This year, ACL is celebrating 15 years of existence with a street art festival in Buenos Aires from April 24 to May 25. The festival will host exhibitions, debates, and documentary screenings with street artists and collectives from Latin America.

The banner below, photographed in Buenos Aires and reposted by ACL, shows an image of Chilean poet Pablo Neruda. The caption reflects readers’ recent reckoning with the Nobel laureate's misogynist, even violent, past.

Caption says: “No to racism, to misogyny, to sexism, to homophobia, to xenophobia… No to fascism. No to terror. Long live democracy!”

The following post is about the times of the Argentinian military dictatorship (1976-1983) when around 30,000 people were forcibly disappeared by the state and its collaborators.

Mural says: “76-16, 40 years, never again,” and “The same past, the same enemy, the same possibility: liberation”
Caption says: “43 years since the coup d'Etat that started the military dictatorship and with it, a systematic repression, unprecedented in the history of Argentina. We haven't forgotten.”

Another example of ALC's post comes from Mexico City with an image that reminds passers-by of the events of 1968, when police and parapolice killed hundreds in student protests: