Netizen Report: If protecting your privacy is ‘part of a conspiracy,’ then we’re all in big trouble 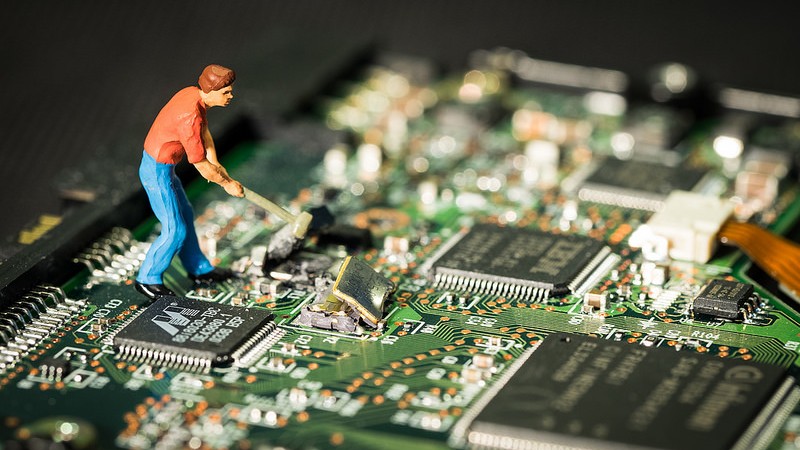 The Advox Netizen Report offers an international snapshot of challenges, victories, and emerging trends in technology and human rights around the world. This report covers news and events from April 04 – April 19, 2019.

On April 11, two arrests were made in cases that could set game-changing legal precedents threatening online privacy and free speech protections.

The first case made headlines worldwide: Wikileaks co-founder Julian Assange was arrested by British police at the Ecuadorian embassy in London, where he had lived since 2012.

Legal and ethical debates about the impact of material released on WikiLeaks — troves of classified documents that have affected the rise, fall and floundering of multiple governments around the world —  alongside sexual assault allegations against Assange, have resurfaced in public debate since his arrest. But these are not new.

What is newly public is the US Justice Department’s indictment of Assange, which was filed in March 2018 but kept under seal until now. The indictment seeks charges against Assange under the 1984 US Computer Fraud and Abuse Act, accusing him of conspiring to “knowingly access a computer, without authorization” (e.g. crack a password) to facilitate Chelsea Manning’s “acquisition and transmission of classified information related to the national defense of the United States…”

But the indictment also details the means by which Assange communicated with Chelsea Manning, describing secure, open source technologies such as the chat service Jabber and the open source computer software Linux as “part of the conspiracy.”

Technical experts in the human rights field who handle sensitive information online know that using tools like these is considered only a best practice. These tools were built with privacy as their primary objective, and they are vital to the protection of journalists’ sources, not to mention the transmission of sensitive information about human rights abuses by lawyers, researchers and activists worldwide.

In an opinion piece for The Guardian, Freedom of the Press Foundation Executive Director Trevor Timm warned of the legal precedent that the case could set in the US, pending Assange’s extradition. He highlighted the fact that using digital privacy tools like Jabber has become a “common journalistic practice”:

Once there is law on the books that says “this aspect of journalism is illegal”, it becomes much easier for the justice department to bring other cases against more mainstream government critics down the road, and much harder for judges to immediately dismiss them.

…it’s clear that they are using the conspiracy charge as a pretext to target Assange and potentially criminalize important and common journalistic practices in newsgathering at the same time.

The legal precedent that Timm foresees may be set even sooner in Ecuador, where another “computer-related crime” case is taking shape.

The other case, which has garnered much less media attention, is that of Ola Bini, the Swedish free software developer who was detained at the Mariscal Sucre Airport in Quito, Ecuador, where he has lived since 2013. Bini is part of the broader global digital rights community to which Global Voices is strongly tied.

On April 13, Ecuador’s federal prosecutor announced that the government had filed charges against Bini for “alleged participation in the crime of assault on the integrity of computer systems” and attempts to destabilize the country. Interior Minister María Paula Romo also has said that Bini “supported” Wikileaks.

Bini will be detained for 90 days while prosecutors pursue their investigation. Police have searched his home and confiscated numerous electronic devices and hard drives. The public prosecutor’s office posted photos of the devices on its website, as if to associate common electronic storage devices with serious crimes. Ecuadorian authorities have yet to offer evidence to support their accusations.

In a statement to his supporters, Bini asserted that the case against him is based “based on the books I've read and the technology I have.” He wrote:

I believe strongly in the right to privacy. Without privacy, we can't have agency, and without agency we are slaves. That's why I have dedicated my life to this struggle. Surveillance is a threat to us all, we must stop it….If Ecuador can do this, so can others. We have to stop this idea now, before it's too late.

David Kaye, UN Special Rapporteur for the protection of free expression, and Edison Lanza, who serves a similar role in the Inter-American Free Commission on Human Rights, have expressed concern about Bini's arrest.

ARTICLE 19 is concerned that the arrest and illegal detention of Ola Bini is part of a crackdown against the community of developers who build digital security technology tools which enable Internet freedoms and secure communication online.

This week, both Apple and Google removed the mega-popular short video streaming app Tiktok from their app stores in India in compliance with an order from the country’s information and technology ministry.

Owned by Chinese tech giant Douyin, Tiktok was released globally in 2018 and the company says it has more than 120 million users in India. The removal order came after the Madras high court ruled that the app could expose children to sexual predators, pornographic content and cyberbullying and put a ban on downloading the app. The court also extended the ruling to media outlets, banning them from using Tiktok footage in their reporting.

The New Delhi-based Software Freedom Law Centre has pointed out that the Madras court ruling disregards constitutional protections for free speech, as well as India’s IT Act, which protects online platforms from liability for illegal content posted on their platforms by third parties.

Tiktok has been banned in Bangladesh and was briefly blocked in Indonesia, and is facing legal challenges in the US, also on child privacy grounds.

A restaurant worker in Ningbo, China was robbed by two co-workers as he lay sleeping in a shared dormitory for food workers. The two men did not steal money from his pockets, however. Instead, they took the man’s phone and pointed it at his sleeping face, prompting its facial recognition system to unlock the device. They then transferred 10,000 yuan (about US $1500) from his WeChat account to their own accounts. In China, WeChat payment has all but replaced cash and even credit cards in many aspects of daily life, both when paying for goods and services, and sending money to family or friends.

On April 15, internet service providers in Egypt blocked over 34,000 web domains in what appears to be an effort to stifle voices and initiatives opposing draft constitutional amendments that would allow president al-Sisi to extend his term in office until 2030. Many of the websites affected by the block are associated with a campaign to oppose the amendments, which would also limit judiciary independence and allow the military to wield greater influence over political decision making. The campaign organizers estimate that 250,000 people have signed their petition opposing the amendments.

Emirati human rights defender Ahmed Mansoor has endured an open-ended hunger strike since approximately mid-March 2019. His supporters say his health is rapidly deteriorating. In May 2018, he was convicted and sentenced to 10 years in prison under the 2012 Cybercrime Law of “insulting the status and prestige of the UAE” and “publishing false reports and information on social media to damage the UAE's relationship with its neighbouring countries.”

Prior to his 2017 arrest, he campaigned online on behalf of jailed activists in the UAE and elsewhere in the region. He is the 2015 laureate of the Martin Ennals Foundation, which supports human rights defenders who are at risk.