Haitians' main concern at the moment is safety and security

On March 21, the president nominated his Minister of Culture and Communication, Jean-Michel Lapin, as Haiti's interim prime minister, and on April 9, he decided to make him permanent. Haitians are hoping that Moïse and Lapin's relationship will usher in a better chance at stability and security in the troubled nation.

Jacques Guy Lafontant and his successor, Jean Henry Céant, did not survive long in the position. Lafontant paid for his inability to adequately respond to violent demonstrations unleashed by Haiti's socio-economic crisis that erupted last July. These first waves of popular discontent threatened to prematurely end Moïse's presidency. On July 14, 2018, after days of protests over huge increases in gas prices, Lafontant announced he would resign.

While Céant showed some apparent willingness to confront the crisis, his insistence on pursuing issues sensitive to the president — such as the PetroCaribe scandal — portrayed him more as Moïse's political nemesis than his collaborator. This conflict made their cohabitation uneasy, culminating in the parliament revoking Céant's position in March 2019:

Deputy Alfredo Antoine tells @Magik9haiti the poor performance reason used to fire ex PM @jeanhenryceant was a pretext. The real reason was article 149 & bc Senate made a political play. Ceant had no budget bc it had not been voted by parliament, he said.

On April 15 and 16, as required by the Haitian constitution, Lapin submitted his legal documents to the Senate and House of Representatives respectively, for approval. After his documents are reviewed, Lapin can look forward to the parliament ratifying his statement of general policy:

The decree naming the citizen Jean Michel Lapin Prime Minister of the Republic of Haiti.

President Moïse has insisted that he wants the new prime minister to be someone who sticks more to his role of implementing the president's vision, and focuses more on the country's development rather than political divisiveness. But many, including Etzer Emile, a young local economist, felt that the president's choice of Lapin was not driven by the need to resolve the critical socio-economic crisis. Emile also suggested that the president had not learned the lesson that unattended economic troubles lead to further political instability.

Haiti's currency has continued to plummet, with 85 Gourdes worth just US $1, and inflation has reached 17 percent, the highest since the country's food crisis riots in 2008. In addition, the nation is dealing with a severe energy crisis and rampant insecurity. Intense blackouts and recurring fuel shortages have plagued ordinary Haitians.

Over the past two weeks, the United States-based fuel supplier Novum refused to deliver 150,000 barrels of gasoline until the Haitian government paid US $58 million in arrears to the company. Thus far, the government has accrued a total of US $2.5 million in penalties because of this payment delay. Haitians regard this situation as classic economic and financial mismanagement, coupled with poor governance:

MASSIVE TRAFFIC JAM IN PV thanks to D-“Freaking”-NC gas station dictating when and where people are allowed to drive… How can a country be governed like this??? #UNBELIEVABLE @jacquiecharles pic.twitter.com/cLgZMY8eWe

Insecurity is on the mind of every Haitian as gangs continue to control traditionally violent hotspots surrounding Port-au-Prince, including Cite Soleil, Martissant and La Saline, but have also made their presence felt in other parts of the capital and various provinces.

The Haitian National Police, despite professional praise from the United Nations Security Council's report on Haiti, has consistently failed to dismantle these armed gangs. Over the last three months alone, gangs have claimed the lives of 13 police officers shot dead.

President Moïse recently announced on Twitter that he has met with the relevant authorities and instructed them to take measures to stop the gangs and re-establish a sense of security:

After an important meeting with the highest authorities responsible for the security of the country, I have given formal instructions to take urgent measures to counter armed bandits that threaten home peace and public security.

More than words, however, actions are needed to bring calm and security to Haiti's population.

Lapin was welcomed into his new post on April 16 by the detonation of automatic guns in the areas near the country's parliament building in La Saline, a neighbourhood near Port-au-Prince. While submitting legal documents to the Lower Chamber as part of his ratification process, Haitian media reported that Lapin was asked about the security situation and compared the intense gang activities going on in the country as a guerilla scenario.

After 13 years of UN presence in Haiti, which did not do much to secure stability, the nation will be without a UN peacekeeping force as of October 2019, leaving Haitians to wonder whether the state has the capacity to provide public security. The UN presence was marred with rape scandals and a debilitating cholera outbreak.

The UN is now seeking to establish a special political mission that will essentially focus on development challenges, but unresolved issues may seriously impede its ability to make any significant contribution to sustainable development. 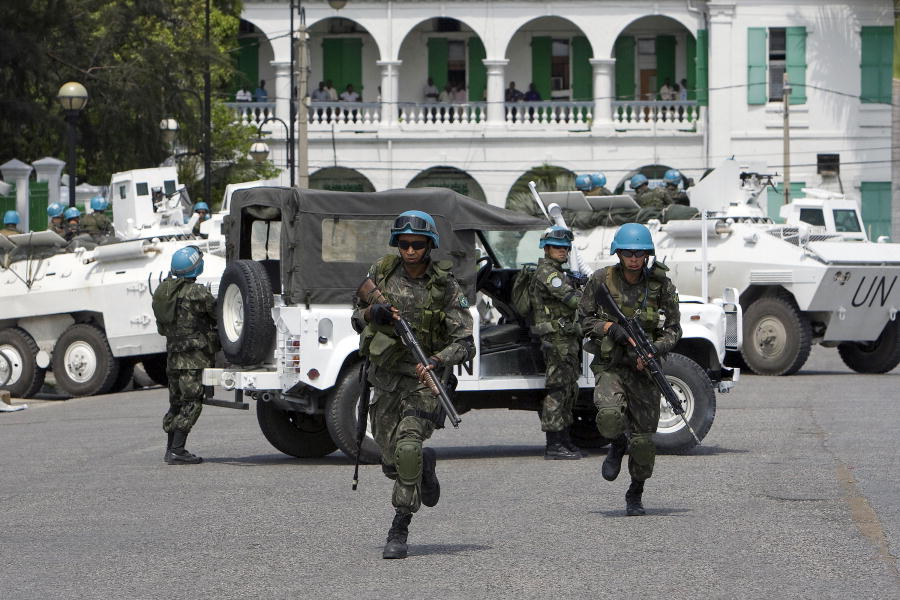 With the possibility of having a new prime minister who will bend to Moïse's desires, the question remains: Will the government now be able to effectively address the issues that matter to Haitians, or will Lapin simply be used to protect the president's political interests?