The message was to replace natural paints with synthetic products. 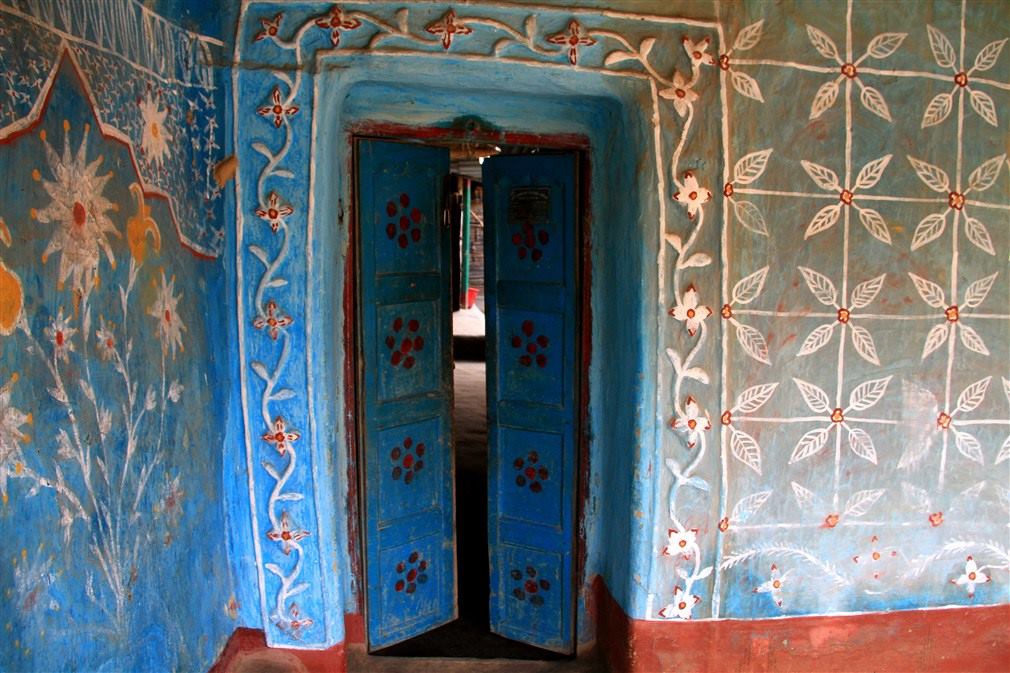 More like painting on canvas than painting on a wall. You can find this style of painting in Tikoil, Gosaipur, and many other villages of northern Bengal. Photo Credit: Tareq Onu. Used with permission.

In Chapai Nawabganj, a district in northwestern Bangladesh, the villages all share one unique characteristic — traditional mud houses painted with colourful motifs known as Alpana.  Tikoil is one village that has gained fame as the Alpana Village.

On the occasion of the Bengali New Year (known as Pahela Baisakh), Berger Paints Bangladesh Limited, a leading manufacturer of paints in the country, has launched a new advertisement campaign featuring Tikoil village. The ad boasts of a synthetic alternative to the traditional paints used by Alpana artists, drawing widespread criticism from the online community. 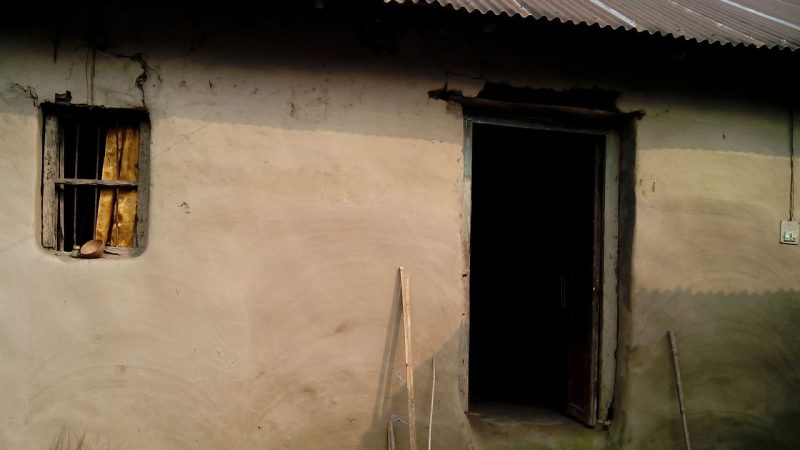 Mud houses are integral to the heritage of rural Bangladesh and found in the highlands and mountainous regions. They sit on raised platforms made of compacted earth and straw mixed with mud is used to build the walls and floors. Unlike other houses, mud houses offer quite a comfortable living environment during the winter and summer seasons as they keep the temperature cool when it is hot outside and warm when it is cold outside. There is one mud house in Naogaon district in northern Bangladesh that boasts of 108 rooms.

The exact history of the tradition of Alpana in this region, which is known as Varendra, cannot be ascertained. However, people say that they have kept it alive for generations. Alpana artists are usually women who create these elaborate motifs during special occasions such as worshipping ceremonies or Muslim and Hindu weddings. Alpana is also painted inside the home.

The process of creating paint for Alpana art is based on an age-old technique. Natural colours are made from curry leaves, red mud, boiled red rice, granular sand, and other leaves.

The Berger Paints Bangladesh Limited ad suggests that the natural Alpana colours do not last long, leaving them prone to fade in rainwater. Instead, the company offers paint products that Alpana artists can use as an alternative to ensure that their paintings last longer.

As soon as the ad aired, many objected to the idea of using artificial colours. Freelance writer and photographer Apu Nazrul writes on Facebook:

When the whole world is switching to organic sources, Berger is offering their synthetic paints to the Alpona artists of Tikoil village. As a result, the artists will no longer need to paint every season, the color will last forever. What a horror! The skills of these artists developed because they had to frequently draw the Alpanas. If the wall paintings become permanent, how will they get the opportunity to practice and where will the different ideas come from?

Tikoil is not the only village in the region that is famous for its Alpana artwork. Artists also paint the neighbouring village of Gosaipur. Blogger, traveller and mountaineer Tareq Onu shared pictures of some photos of Gosipur in a Facebook album: 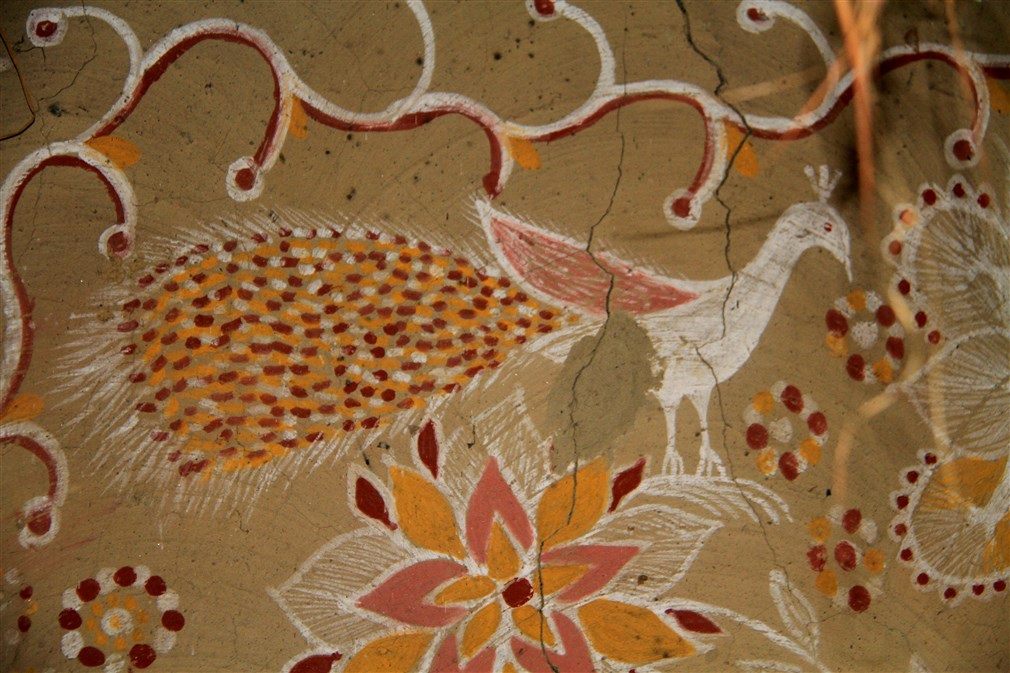 They are not professional painters; however, the walls of the houses have become so colourful with the creativity of the women of the house. Photo credit: Tareq Onu Used with permission. 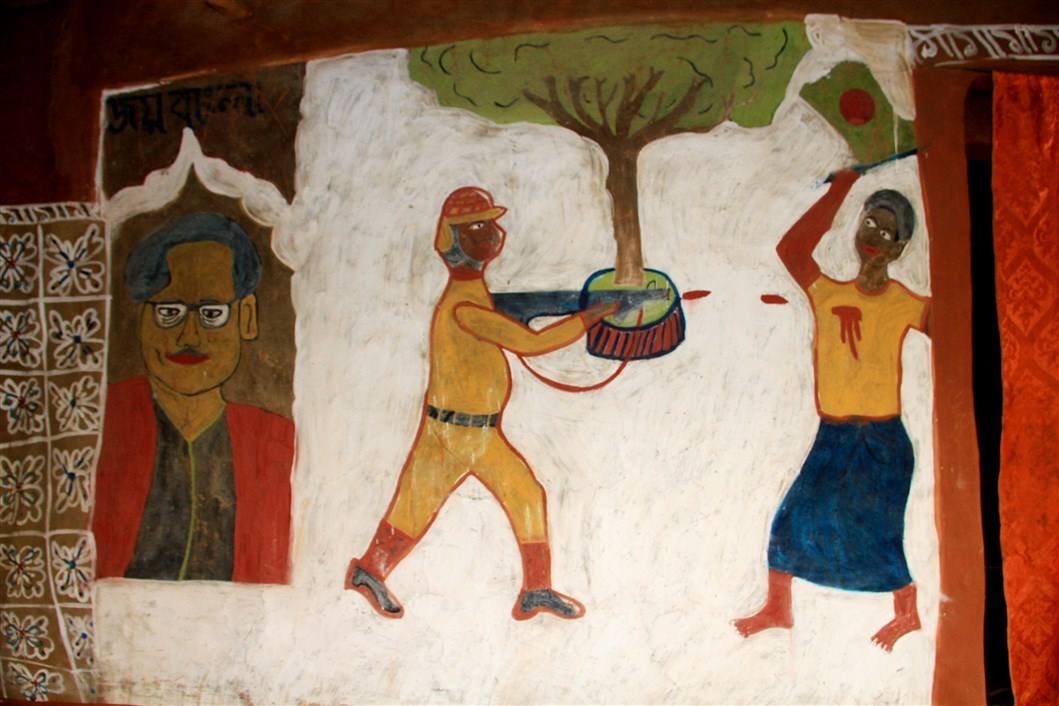 These are not only works of art, but they also teach important moments in history like Bangladesh's Liberation War. Photo credit: Tareq Onu Used with permission. 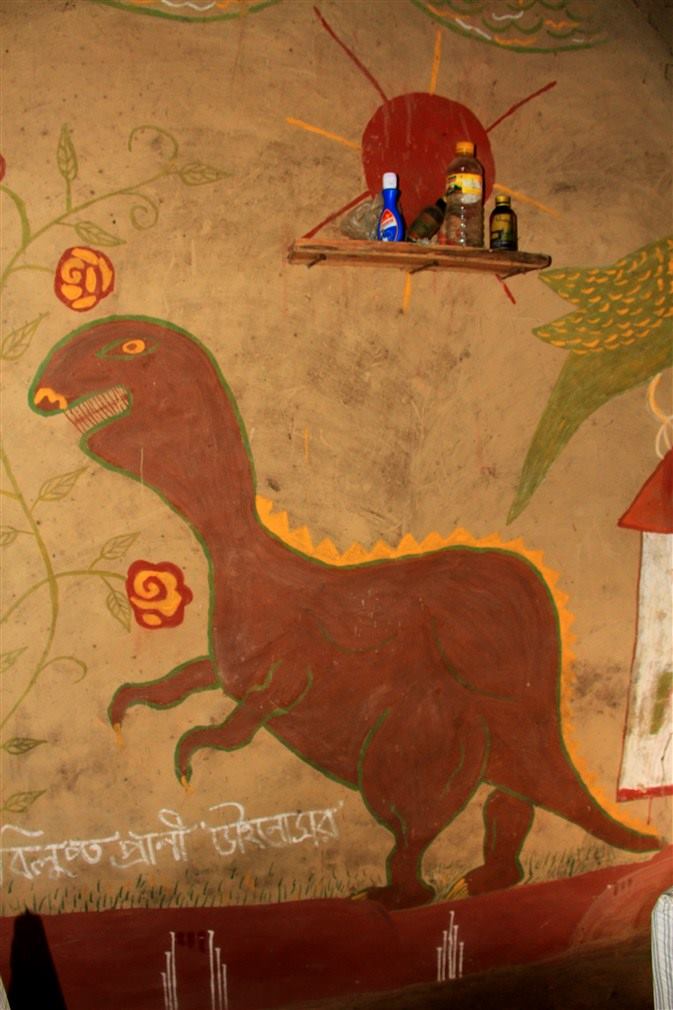 Extinct dinosaurs have also been portrayed in these walls. A schoolgirl painted this one. Photo credit: Tareq Onu Used with permission. 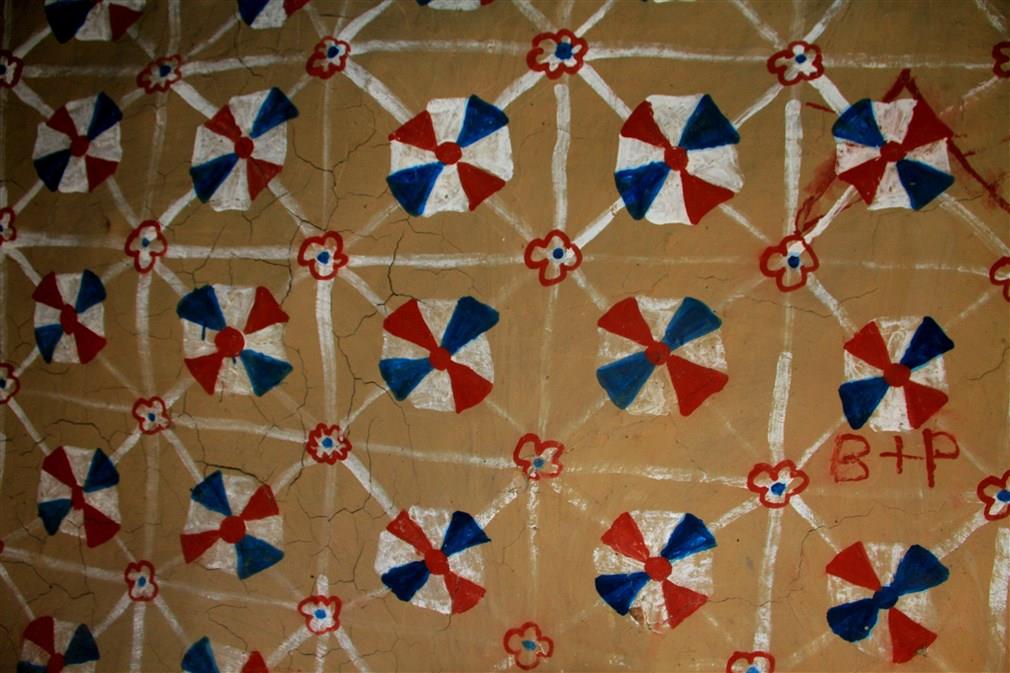 Berger has yet to reply to any of the criticism. They have, however, sponsored the painting of 300,000 square feet (27,871 square meters) Alpana on the streets of Manik Mia Avenue in Bangladesh's capital Dhaka on April 14, 2019, to celebrate the Bengali New Year.