"I went to Africa to Europeanize it but returned Africanized" 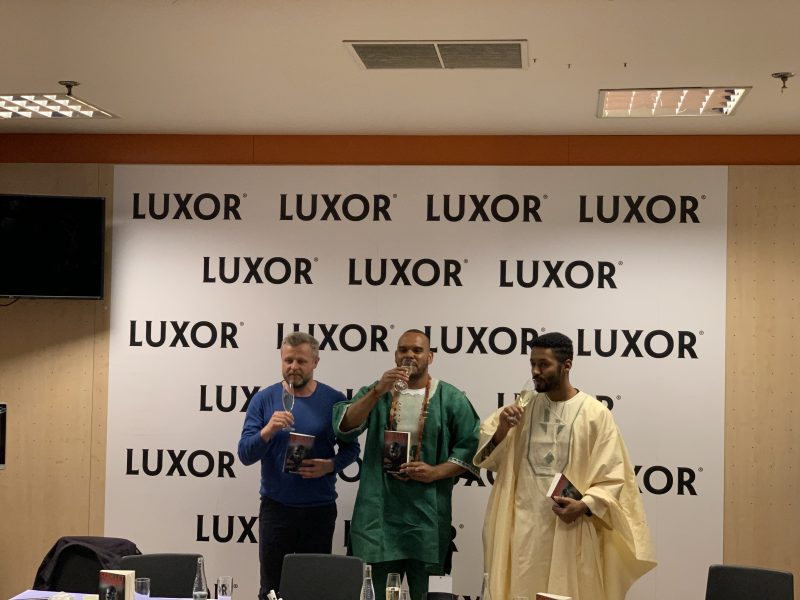 Obonete Ubam (centre) at the public presentation of his book “Sedm let v Africe,” (“Seven Years in Africa” in English) at a major bookstore in Prague, Czech Republic. Image by Filip Noubel and used with permission.

Obonete Ubam is a Czech-Nigerian former activist and author who recently released a new book, “Sedm let v Africe,” or “Seven Years in Africa,” which recounts the years he spent in Nigeria.

Ubam was born to a Czech mother and a Nigerian father, and lived, until the age of 15, with his mother in Bruntál, a provincial city of then-Czechoslovakia, as the only mixed-race child in the community. His parents met as foreign students in Soviet Kyiv but his mother eventually returned to then-Czechoslavkia and his father returned to Nigeria after completing their studies.

Ubam spent one semester in Lagos, Nigeria, at a military school and was perceived in Nigeria as an oyibo — a foreigner or a mixed-race person. He also served as the first Afroczech military personnel in the Czech army and also worked for a number of years at the head of the League of Ethnic Minorities.

At the age of 28, Ubam lost his father and it was his responsibility as the eldest son to lead his family and take care of his father’s business. He spent seven years there and in his book, he narrates how he discovered and embraced his Nigerian heritage, and eventually became a chief in his native Anaang ethnic group.

The Czech Republic, particularly outside of Prague, remains a predominantly white society with very few ethnic minorities, except for Roma and Vietnamese communities, who often experience daily racism and discrimination. While some political parties have an openly anti-Muslim, and anti-refugee agenda, the issue of race is seldom addressed in the public space.

After seven years in Nigeria, Ubam moved to Spain to enjoy more sunny days and also because he felt that he could blend in better in Spain than in the Czech Republic.

Global Voices’ managing editor Filip Noubel interviewed Ubam in Prague upon the publication of his book. 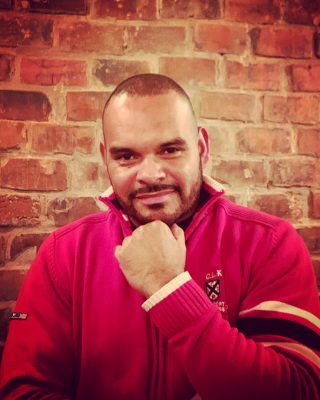 Obonete Ubam during the interview in Prague. Image by Filip Noubel and used with permission

Filip Noubel (FN): You often mention in your book and interviews the huge gap between Czech and Nigerian culture and mindset. Is identity an important issue for you? Has its meaning changed over the years?

Obonete Ubam (OU): Identity was the basic thing because I was growing in a little mountainous town on the then Czechoslovak-Polish border. There were a few mixed-race kids in the county, but back then, we didn’t know each other, and it would have been five such kids in a population of 70,000. I grew up in a very Czech environment and faced some problems. Because when you go out, the world lets you know that you are visually different. When you go back home, your family is composed of people for whom you are also visually different. That leaves you alone, with nothing to relate to. And there comes a moment when you realize you are missing something.

I have lived in the Czech Republic, in Nigeria, now I live in Spain. In every part of the world, you have a different social status, and you need to adjust your behavior. That process changes you. In the end, I developed a different identity for every place where I live. Of course, those identities overlap at a certain point, and that’s where I am really me: I am not the writer from the Czech Republic, I am not the chief from Nigeria, I am not the cool guy from Spain, I am just me.

FN: What is your experience of racism? Do you think attitudes are changing, and if so, toward which direction?

OU: I actually invented the term of Afroczech — because it defines people like me most precisely. Back in 2000, I founded the League of Ethnic Minorities and invented that word. In the late 1990s, the Czech Republic was proudly accepted to NATO and preparing to join the EU. A number of social issues started to be debated, including racism. (…) With a few friends, we created a [digital] info system about ethnic minorities, then expanded our work to launch nationwide media campaigns. Our biggest contribution was to say publicly that being Czech doesn’t equal being white.

On the issue of race, the Czech Republic is actually going backwards. The rhetoric used by certain Czech politicians now would have been unthinkable just ten years ago. … Certain politicians are channeling the frustration of people towards discrimination and attacks. I witnessed that in the late 1990s with the emergence of an extreme-right movement. Roma people died as a result. I attended their funerals, and that’s why we created the League. I then personally received death threats on my phone. Now we are getting back to that, and it’s scary.

FN: As the Czech Republic becomes a more multicultural society, do you witness the emergence of an Afroczech community and/or identity? Following the publication of your book, you have become a symbol of this mixed identity. What are your hopes for this community?

There are probably several hundred, perhaps thousands of Afroczechs, but we are not recognized as an ethnic minority. The majority of Afroczechs I know consider themselves Czechs, and that’s it. There has been no attempt to set a group, establish a census. There is indeed a sense of ‘us’ but not of community. In fact, there are so few of us that we all know each other. Considering how few Afroczechs there are, it is amazing to see what they have been able to accomplish. Yet, there is clearly a glass ceiling: I can’t imagine an Afroczech president, for example.

FN: In your book, you describe how, at the age of 28, your life suddenly changed when you took care of your father's family in your role as akpan — or eldest son — and you embraced your Nigerian and Anaang heritage. What motivated such a commitment? 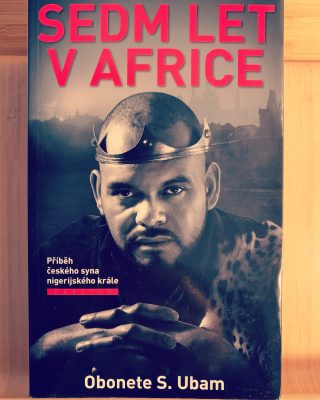 OU: Suddenly, my father was no longer, and as per the tradition, as the eldest son, I was supposed to take over this role. Of course, no one believed I would do it — drop my life my Prague, and go the other way — when so many Africans try to move to Europe.

…It was rough, and yet the best thing that happened in my life. I discovered who I was and was able to help my family overcome tough situations. Initially, I had planned to stay one or two years at most in Nigeria, but I realized I was still needed; I couldn’t leave until it was over. … I rebuilt my personality: I went to Africa to Europeanize it and came back Africanized.

…I hope this book can change people’s mind about migrants from sub-Saharan Africa: The media often shows migrants who are well dressed-up, with iPhones, allegedly coming “to invade our culture”.

When people read my book, they should be able to understand why they leave.