The dam poses numerous threats and protesters won't be silenced 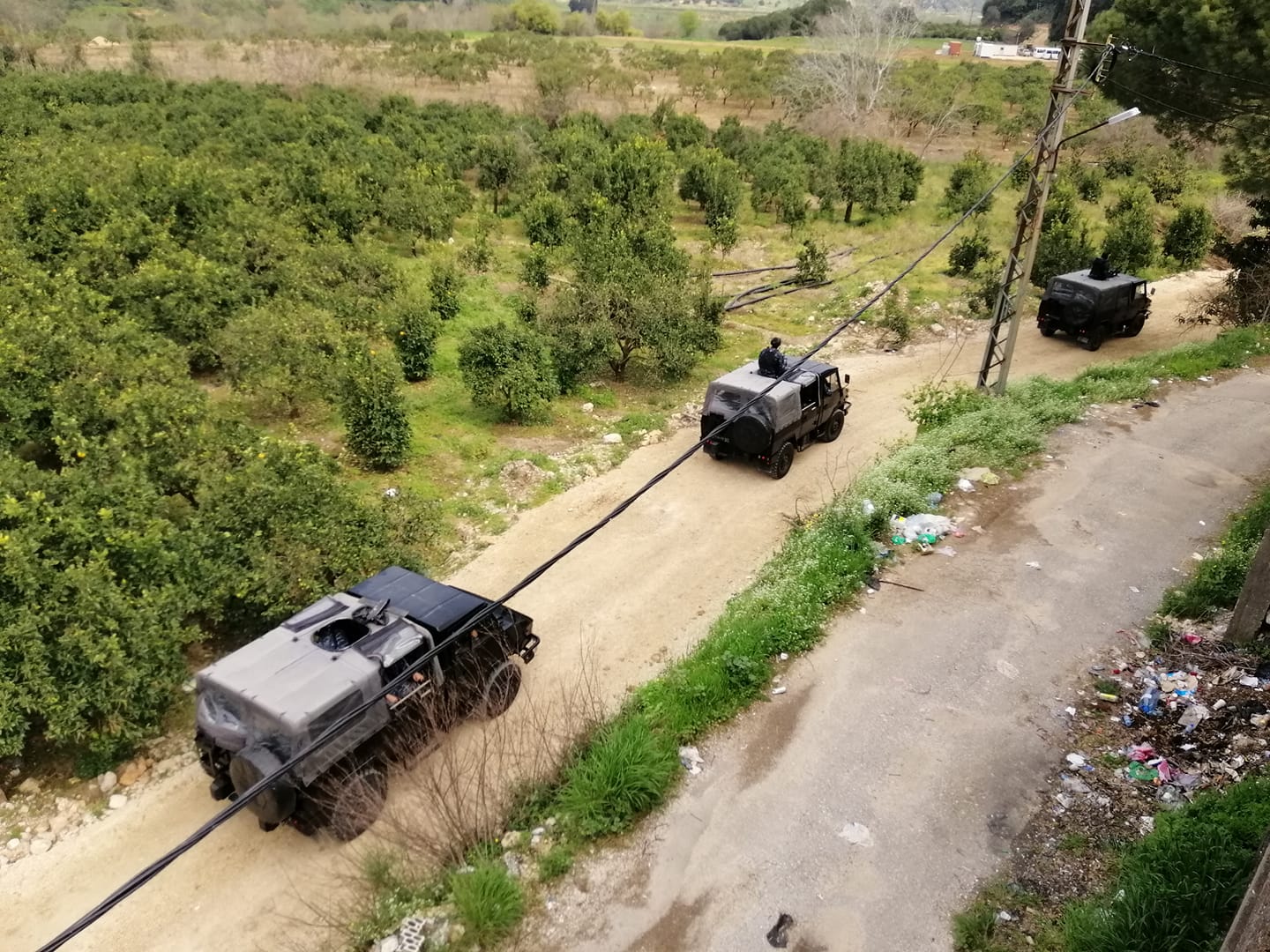 Armed forces enter the Bisri valley to counter protesters on March 24, 2019. Photo by “Save the Bisri Valley”. Used with permission.

A group of activists and protestors calling themselves the Save the Bisri Valley campaign have been organizing and standing against the construction of a Dam in the Bisri Valley in Lebanon. The Birsi Dam is a project mainly funded by a loan from the World Bank.

The group recently disrupted a talk by the World Bank's vice president at the American University of Beirut.

“You and your project are not welcomed here,” an activist told the vice president in English. She then continued in Arabic:

You come to us and patronize us and say that you explained [the dam] to the Lebanese people [but] there are numerous campaigns against the Bisri dam. It is you who are closing your ears and it is you who don't want to hear the people. Your papers and studies were all opposed by other papers and studies. But you don't want to hear anyone. This is your choice because you want to apply your private project. We are against your project, and against everything the World Bank is doing in Lebanon!

Roland Nassour, coordinator and co-organizer of Save the Bisri Valley Campaign, said that the goal of the action was to “contest the World Bank's ill-advised and destructive water policies in Lebanon.”

According to Nassour, the dam's construction hasn't started yet but is planned to begin in a couple of months.

“Most of the lands have been expropriated and the contractor is getting ready to start working on site in parallel with the archeological excavation,” Nassour continued.

The campaign, which mainly communicates through its Facebook page, stands against the dam for several reasons.

According to the campaign, the dam threatens the environment, public health, historic and cultural heritage, agriculture. The dam will also impoverish residents of the region who rely on the fertile lands of the valley, and force them to move out. It will disconnect residents of the area from each other due to the new artificial lake being created between them.

Additionally, the loan given by the World Bank will be added to Lebanon's public debt. Lebanon has one of the highest general government gross debt to gross domestic product ratio (157.8 percent) in the world, according to the International Monetary Fund.

The group also argues that the dam will be threatened by cyanobacteria that already infects Lake Qaraoun in the Bekaa Valley in East Lebanon. Mixing the water of the Bisri Valley and the water of the Qaraoun dam, which is also intended to be sent to the Greater Beirut region, will contaminate the water and risks its usability as a water source.

On April 1, the campaign published a song with the same melody as the Italian resistance anthem “Bella Ciao.” Multiple people sang against the Bisri Dam. A child at the start of the song sings: “We want nature, we don't want to sell it, we want flowers, we want birds, we want gardens and fields.”

Roland Riachi, a researcher at the American University of Beirut (AUB) on natural resources management, food economics, water policies, social and ecological justice, said in an interview with the Lebanese activist group Megaphone that the dam cannot even be filled due to the porous rocks of the region.

He also added that the World Bank already funded dams that failed. He added that geologists believe the project will destabilize the region and may result in earthquakes. According to a paper written by  Dr. V. P Jauhari

The most widely accepted explanation of how dams cause earthquakes is related to the extra water pressure created in the micro-cracks and fissures in the ground under and near a reservoir.

When Riachi was asked about why the government is insisting on the dam project, he answered that dams are profitable to the Lebanese ruling class and serve as symbols of power, comparing the megalomania of Lebanese officials to the likes of Mussolini and Franco.

On March 24, a march to stand against the Bisri Valley was met with militarized vehicles of the Lebanese Internal Security Forces. Nassour said that armed forces weren't used to protect the project in itself,

…but rather to protect the politicians’ interests that lie behind this dam. Evidence of corruption and conflict of interests has been presented to the relevant authorities but no action has been taken until now.

Tarek Serhan, an activist and protestor from You Stink movement, an environmentalist and human rights group in Lebanon, had his megaphone confiscated when he protested alone at the headquarters of the World Bank in downtown Beirut.

Speaking to Global Voices, he said that he made the decision to protest alone when he saw the pictures of the armed vehicles in the Birsi Dam. He blamed the state of finding “easy solutions” that just bring in lucrative deals. “They are not considering serious solutions that will take into consideration citizens’ health and the environment,” Serhan said.

After speaking through his megaphone for nearly an hour, police handcuffed him and brought him to a police station. He was blamed for causing public disturbance, according to him. He was asked by Internal Security Forces to pledge not to protest  again, but Serhan refused to sign it. His megaphone is still confiscated.

As for Nassour, the Save the Bisri Valley Campaign coordinator, he said that the campaign is growing and that it will eventually succeed, adding:

The Lebanese are more and more aware of the project's catastrophic impacts.