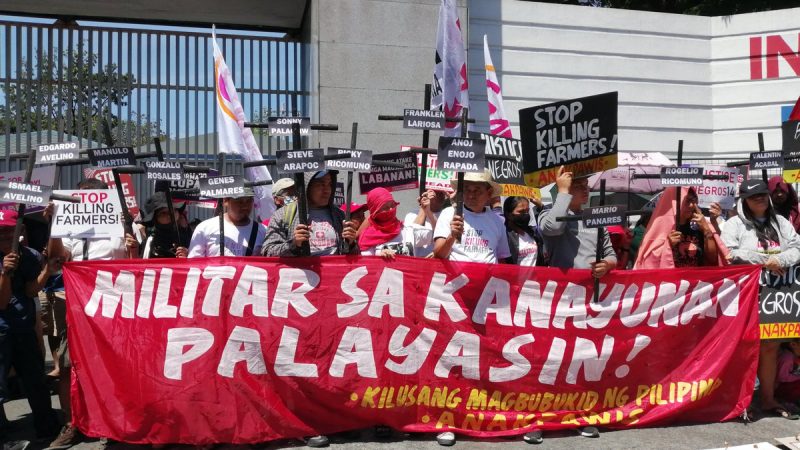 The operation took place in pre-dawn hours in the towns of Santa Catalina, Manjuyod, and Canlaon City. An additional 12 farmers were arrested on the same night.

Police say the victims were communist rebel fighters who had shot at authorities, leaving them no choice but to fire back, or “nanlaban” (a term in the local police lingo referring to those killed for fighting back). Rodrigo Duterte's Presidential Palace has backed their account.

But witnesses tell a different story. The wives of multiple victims say that police came to their homes in the middle of the night, wearing masks. The police ordered the women and young children outside and then executed the men inside their homes. One victim suffered a total of seven bullet wounds, including one to his genitals. Witnesses say local police have not investigated the killings.

Descriptions of the operation resemble the “tokhang” summary executions that have become the hallmark of President Rodrigo Duterte’s anti-drug campaign in Metro Manila.

More than 200 peasant leaders have been killed since Duterte came to power in 2016, with 60 of them, or about 30 percent of all the killings, taking place in Negros, according to the International Coalition for Human Rights in the Philippines (ICHRP).

April 10 has been set as a Global Day of Action by the ICHRP to call for justice for the killings in Negros.

Apparently inspired by the dark lord Sauron in J.R.R. Tolkien’s “The Lord of the Rings,” Oplan Sauron is a code name for joint operations between the Armed Forces of the Philippines (AFP) and the Philippines’ National Police (PNP).

Formally, they're known as “synchronized enhanced management of police operations (SEMPO)” and are part of counterinsurgency efforts against armed rebel groups in the country.

In response to the bombings, Duterte has declared the Philippines to be in a “state of national emergency,” which has provided legal justification for the SEMPO operations.

Duterte initially focused those military efforts in Mindanao and even imposed Martial Law on the island in 2017. But since November 2018, he has signed multiple directives expanding military operations to the islands of Negros, Samar, and the Bicol region in the island of Luzon.

While Mindanao has a few active Islamist separatist groups, small areas in the rest of the countryside are controlled by fronts of the New People’s Army (NPA), the armed wing the Communist Party of the Philippines that has been active since 1969.

At its peak in the 1980s, when it fought against the US-backed dictatorship of Ferdinand Marcos in favor of a socialist state, the NPA allegedly amassed over 20,000 armed regulars. Today the government says their numbers have dropped to just 3,000.

Since the movement’s rise, no leader of the Philippines has successfully negotiated a lasting peace deal with the communist armed resistance. At the same time, labor and agrarian rights groups have been targeted and actively repressed by authorities for suspected association with them.

A flurry of killings and mass arrests

Edgardo Avelino was the chairperson of the local chapter of the Kilusang Magbubukid ng Pilipinas (KMP), a national peasant movement.

This is the testimony of his wife Carmela Avelino, illustrated in 18 panels by the group SAKA, or Sama-samang Artista para sa Kilusang Agraryo (Collective Artists for the Agrarian Movement): 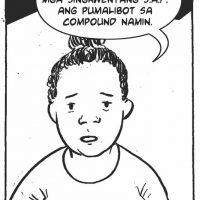 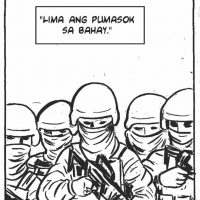 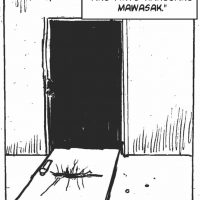 They kicked our door until it broke. 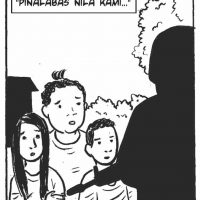 They forced us out. 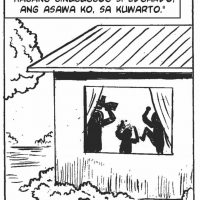 While my husband Edgardo was mauled in the room. 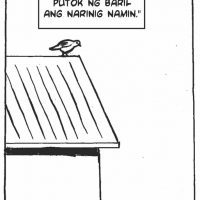 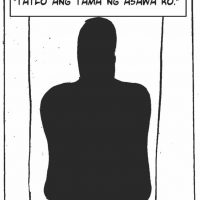 My husband was hit thrice. 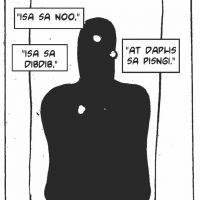 One in the forehead. One in the heart. And a graze in the cheek.

Testimonies by Ismael Avelino's relatives were posted on the Facebook page of the National Federation of Sugar Workers (NFSW), a labor movement.

March 30 dawn, their house’ door was wantonly destroyed by combined forces of the AFP and PNP. While they heard shots in the house of his brother Edgardo Avelino, his wife and children were forcibly led out of the house.

Ismael's ten year old child was the last to see him smile, “Take care of your mother and siblings.”

Eight bullets in his body would take the life of Ismael.

Two other people, Franklen Lariosa and Anoj Enojo Rapada, were killed in Santa Catalina. The four victims in Manjuyod include village officials Velentin Acabal and Sonny Palagtiw, along with residents Steve Arapoc and Manulo Martin. Catholic Bishop Gerardo Alminaza said the victims in Canalon City were part of his diocese’s mission station, and that one was a lay minister.

Twelve farmers were also arrested that night, including the local leader of KMP in Manjuyod town, Nestor Kadusale, 58. Here are some reactions on Twitter:

Farmers are one of the most hard-working laborers known, but are among the impoverished. They are one of this country's top providers, yet they are being slaughtered in return. This is heartbreaking. Only in the Philippines, ladies and gentlemen. #StopKillingFarmers

I wonder if Malacañang realizes that since they call the murder of the #Negros14 a “legitimate police operation” they're actually doing themselves in. Because I've seen photos of the dead farmers, and what I've seen look like executions. So I guess: official police ops?

The island of Negros is one of the many places in the Philippines where peasant struggles have been systematically suppressed.

In Negros, the “hacienda” system of feudal plantations continues to predominate since Spanish colonial times. Vast tracts of land are still devoted solely to the cultivation of sugarcane and production of sugar products for export, thus producing an extreme social divide between a handful of “haciendero” elites who own the plantations and poor landless farmers who work the land.

Long before the current wave of killings, Negros has been notorious for the “Escalante Massacre” when military officers at the order of the late dictator Ferdinand Marcos shot dead 20 poor farmers who took part in a “welgang bayan” (people’s strike) in Escalante City on September 20, 1985.

Paramilitary groups allegedly connected to the armed forces often carry out attacks too.

On October 20, 2018, nine farmers were brutally murdered in Sagay City, Negros allegedly by one such group. The case is now known as “Sagay 9.” The farmers occupied part of the 75-hectare Hacienda Nene, which they claimed was earmarked for redistribution to farmers under the Philippines’ land reform program.

Two weeks later, human rights lawyer Benjamin Ramos, 56, who assisted the victims of the massacre, was gunned down by suspected military men. Before he was shot dead on November 6, 2018, Ramos was vilified as a communist rebel in posters displayed in public areas.

In response to the latest killings in Catalina, Manjuyod, and Canlaon City, various people’s organizations have conducted a National Fact-Finding and Solidarity Mission at the locations between April 4 and 8, 2019.