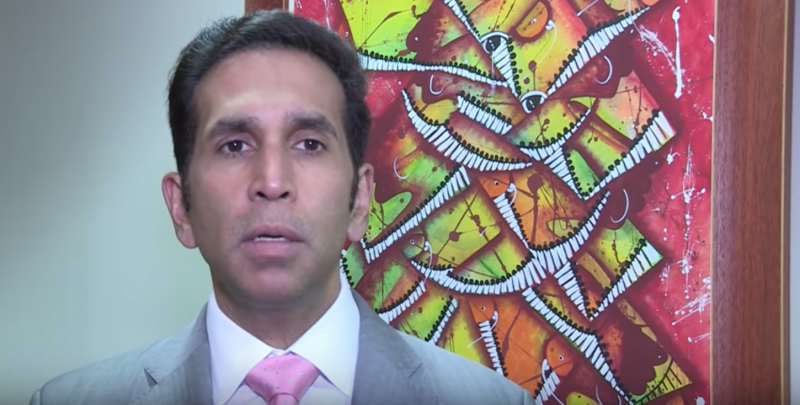 On April 5, 2019, Trinidad and Tobago's attorney general, Faris al Rawi, finished up the parliamentary debate over the Civil Asset Recovery and Management and Unexplained Wealth Bill, 2019. The legislation targets corruption as part of a larger aim to establish an agency responsible for recovering criminal property and restricting ill-gotten assets.

But the bill has come under fire by the country's opposition, as well as some social media users. Al Rawi has firmly defended the bill, however, saying that “innocent people” with nothing to hide should not be concerned.

This is not the first time that such legislation has been proposed. Prior to elections in 2015, when the current opposition party was in government, the then-na­tion­al se­cu­ri­ty min­is­ter, Gary Grif­fith (now the country's commissioner of police), brought a civ­il as­set for­fei­ture document to the cab­i­net. Because the legislation was not passed back then, Al Rawi said he was not surprised by the opposition's reaction to the current bill, which they called “draconian” and “unconstitutional.”

Meanwhile, CoP Griffith maintained that passing the bill would help police tackle white-collar crime, which is rampant in Trinidad and Tobago. He added that it would help to block “gang leaders and criminal elements” from getting state contracts, a fairly common occurrence.

Because the bill is intended to combat crime, it only needed a simple majority to pass, which some on social media, including Facebook user Suzette Louwe, took issue with, saying:

The Opposition represents approximately 350,000 voters in this country who now will have no voice in the passing of this bill at parliamentary level.

Netizens are also concerned about the grounds for conviction that the bill lays out. Facebook user Kuarlal Rampersad acknowledged that it was a “very good law to combat criminal activities, money laundering, corruption and terrorist financing,” but was under the impression that the standard of proof for conviction was no longer based on “reasonable doubt,” but “reasonable suspicion.”

There is A LOT of misinformation being spread about the Unexplained Wealth legislation. It does NOT allow the government to seize and take your property [merely] on the basis of suspicion. To the contrary, seizure is dependent upon the court concluding that the property is criminal property, and was not acquired by its owner for value and without notice of the criminality.

Other concerns include the fact that the law will be retroactive, and there seems to be little confidence in how the state agency will carry out its remit. There have been several online discussions about the potential for abuse of power and some local business chambers have spoken out against the bill, saying that in its current form, it could adversely affect citizens and needed further clarification.

But in a video widely shared on social media, the attorney general explained:

That hasn't stopped the circulation, via unsolicited emails, of a petition against the bill.

Interestingly, much of the official discourse around the bill has focused on targeting the “gold-chain-wearing men that don’t have a job, all day long driving Mercedes Benz and BMWs,” but attorney Justin Phelps made the point that “Unexplained Wealth legislation passed by parliamentarians in Trinidad and Tobago is like Satan outlawing the Devil”:

Because of a docile population, a fraudulent civil society willing to be bought and a plethora of ‘activists’ who are really applying for a wuk [work], being a parliamentarian IS the most profitable game in town. It’s where you go to get rich. Now they want to know how people got rich.

Perhaps there also needs to be stronger legislation preventing the acquisition of such ill-gotten gains in the first place.

Update: To the surprise of many netizens, the Civil Asset Recovery and Management and Unexplained Wealth Bill, 2019 was unanimously passed in parliament — with a few amendments — on the evening of April 8.