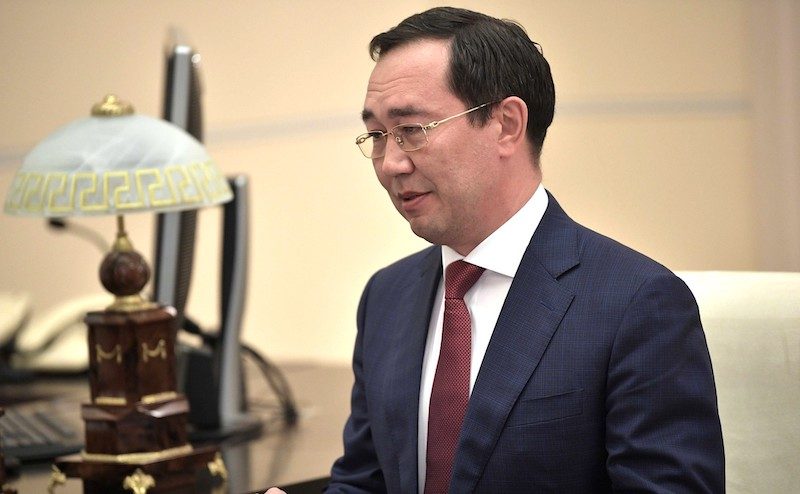 Head of the Republic of Sakha (Yakutia), Yasen Nikolayev, who signed the order banning all migrants from working in the republic on March 27, 2019. Photo: kremlin.ru, CC 4.0

A Moscow-based human rights organization is taking the provincial government of Yakutia to Russia's Constitutional Court over a recent local directive that bans foreign migrants from working in the republic.

Yakutia, one of Russia’s 22 constituent republics, is a remote and sparsely populated region in Russia’s far east. Earlier this year, the locals in Yakutsk, the republic’s capital, staged anti-migrant rallies following a rape case involving a Yakut victim and a perpetrator from Kyrgyzstan, a former Soviet republic which today is among the biggest contributors to Russia’s foreign labor force.

In late March 2019, the republic’s governor, Yasen Nikolayev, signed a controversial order banning all foreign migrant workers from employment in a range of local industries, as well as forcing these industries to fire all already employed migrants within three months.

The Moscow organization, named “The Land Without Racism and Xenophobia,” announced on April on their Facebook page that they'd be filing a case against the province:

We thus conclude that the Head of the Republic of Sakha (Yakutia) Yasen Nikolayev has abused his rights in making a decision not based on objective labor conditions and the need for priority employment for citizens of the Russian Federation.

Experts diverge over the legality of the ban, but it appears that Nikolayev was indeed within his legal rights to introduce it. Russia’s republics have their own constitution and legislative bodies, and this is far from the first such attempt to regulate local labor markets.

In any case, Yakutia’s ban on foreign migrants is unlikely to achieve anything besides quelling the heated protests.

Russia and Kyrgyzstan are both members of the Eurasian Economic Union, which is an integrated single market with free movement of labor. That renders the 640,000 Kyrgyz workers currently living in Russia — according to Kyrgyzstan’s own statistics — exempt from any laws regulating foreign labor.

Besides appealing to the humanitarian aspect of laws and acts that summarily affect hundreds of thousands of people for the crime of one, Russian human rights activists such as “The Land Without Racism and Xenophobia” will have to fight Yasen Nikolayev’s act on purely legalistic grounds, arguing that regulating the local labor market in Yakutia is not actually necessary.