Why are some Czechs claiming Slovakia's president-elect as their own? 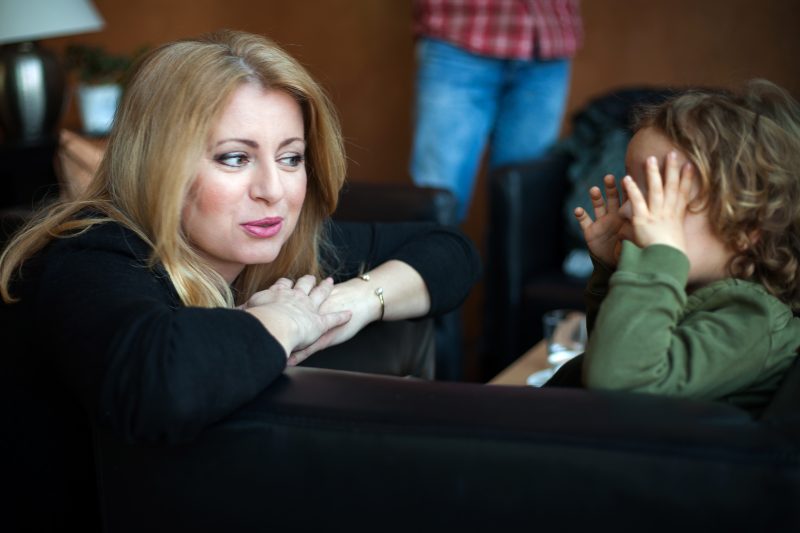 While Slovakia and the Czech Republic officially and amicably split in 1993, their societies still share strong cultural, economic, and political links — to the point that some segments of Czech society are calling Zuzana Čaputová, Slovakia's president-elect, as a “Czech president”.

Čaputová, a 45-year-old pro-EU lawyer and activist, was elected on March 30, 2019, with 58 percent of the total votes. When she takes office in June, she will become Slovakia's first-ever female president.

But why did Czechs react so enthusiastically to her victory?

On paper as well as in many aspects of economic life, both countries have taken rather divergent paths since 1993. Slovakia has faced a more challenging transition to a market economy, enduring high unemployment and low levels of GDP per capita in comparison to its neighbor. And while both countries joined the European Union in 2004, only Slovakia chose to adopt the Euro as its currency (in 2009).

The Czechs’ higher human development levels and abundance of jobs have attracted a steady flow of Slovak migrant workers, who presently amount to over 100,000 people — one percent of the Czech Republic's population and over 10 percent of its foreign workers. Thus, Slovak language is often heard in Prague and other Czech cities, ironically producing a sensation reminiscent of the times of Czechoslovakia when both languages had equal status as official and would be used indiscriminately in both education and the media.

The political connections are even more abundant. The Czech Republic's current Prime Minister Andrej Babiš was born in Bratislava, Slovakia, and as he attended school and university there, he speaks Czech with a slight Slovak accent.

He is also a highly controversial businessman-turned-politician, suspected of having collaborated with communist security services in the past — and of misappropriating European Union funds in the present.

His political line with the ANO party is conservative, often anti-Brussels, openly opposed to take in refugees, and generally supportive of a stronger alliance with Moscow and Beijing. The current Czech President Miloš Zeman, elected in late 2018, shares the same political agenda. 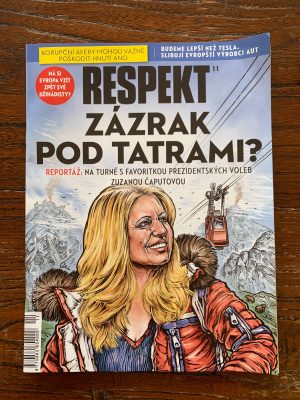 The cover of Czech magazine Respekt featuring an article about Zuzana Čaputová with a headline “The miracle under the Tatra Mountains.” Fair use.

Therefore Slovakia's president-elect Zuzana Čaputová is everything that they're not: she is a lawyer, an environmental activist, a supporter of Brussels’ policies and of the LGBTQ community — and a woman.

This might help explain much of the commentary by leading Czech media and politicians upon the news of Čaputová's unexpected victory.

On March 31, the influential and liberal Czech weekly Respekt headlined an article about Čaputová’s victory as “The Czech President Čaputová.” The editor-in-chief writes:

On Saturday evening, it looked on Czech social media as if Zuzana Čaputová was elected not as Slovak but as a Czech President. People were ecstatic, obviously the ones who didn’t wish for Zeman's victory a year ago. One could think that such celebrations are naive, senseless, but it is not so. Slovakia has indeed provided some hope for the Czech Republic.

Another distinction that was immediately evident to Czech audiences is Zeman's and Čaputová's view of the media. The Czech President is notorious for his inflammatory attacks of journalists, while Čaputová has openly supported a criminal investigation into the murder of Slovak journalist Ján Kuciak.

All ruling Czech politicians, including the president and the prime minister, congratulated Čaputová on her success. In addition, Jiří Pospíšil, head of the opposition TOP 09 party, tweeted:

I believe the friendly relations between our countries will continue. We congratulate Miss Čaputová and hope that we will soon deserve a decent president who looks forward and is not burdened by the past.

In line with both countries’ brotherly relations, Čaputová first visit to a foreign country as president will be to the Czech Republic.