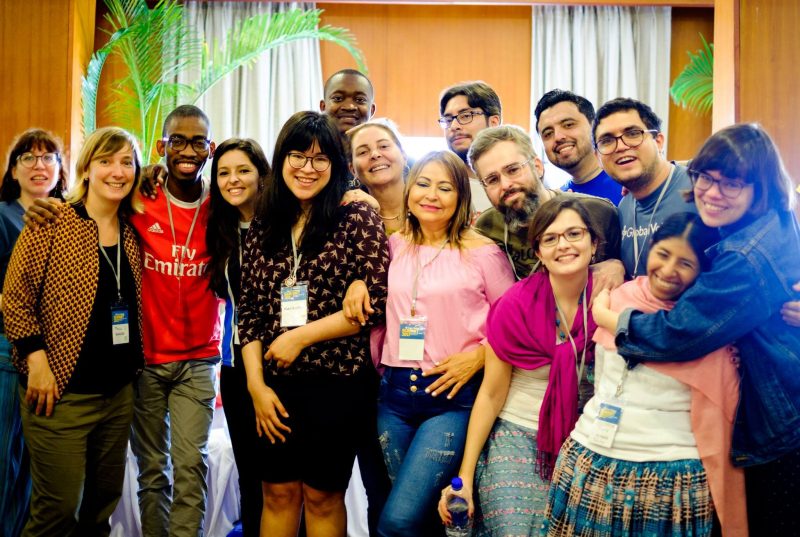 Part of our Global Voices family with Luis Carlos (on the right) during our Summit in Colombo, Sri Lanka. Photo by Jer Clark's public Facebook images, used with permission.

Journalist, online activist, humanist, geek and much more besides, Luis Carlos Díaz Vázquez is a much-loved figure in Venezuelan journalism who, over the course of a decade, has achieved international prominence thanks to his invaluable participation in international human rights and digital rights events.

Luis Carlos made many headlines and had us glued to social media when he was detained in mid-March 2019. The massive mobilisation in response to his detention demonstrated the magnitude of the digital network he's been weaving over the course of his years of activism, a network he calls the “swarm”.

For members of the Global Voices community, which Luis Carlos joined exactly 12 years ago, Luis Carlos represents certain characteristics and qualities, the most prominent of them being strength,  resilience in the face of obstacles, solidarity and commitment to human rights and—let's not forget—a rather brilliant and idiosyncratic sense of humour. 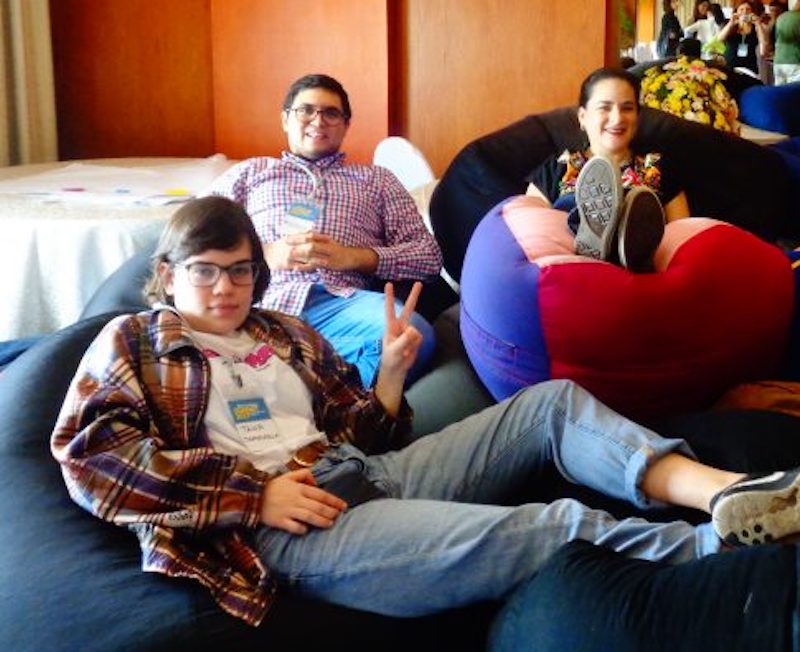 Luis Carlos with Taisa, our news editor, and Elízabeth, then one of the Latin America editors, at our Summit in Sri Lanka in 2017. Photograph by Romina Navarro, used with permission.

In this space, we would like to share views, anecdotes and reflections about Luis Carlos from the perspective of various members of our community. 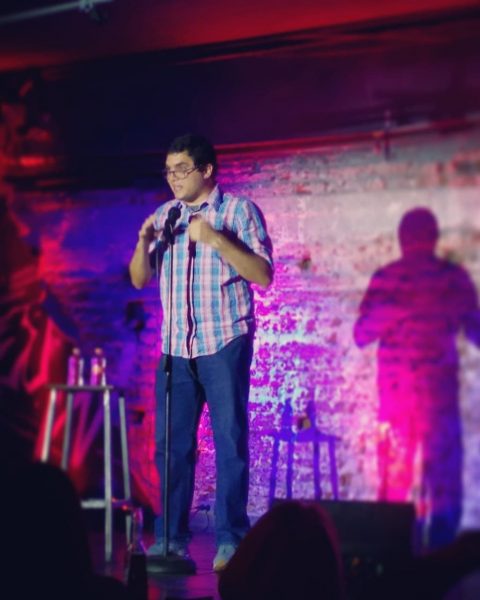 Luis Carlos during the talk in Mexico City, 28 February 2019. Photo by Giovanna Salazar, used with permission.

He visited us in Mexico City and performed his talk/stand-up show “Venimos del Futuro” (We Come from the Future). It was a joy. We laughed, we cried and we reflected as a group. A beautiful experience in which Luis Carlos got us to walk us across the multiple bridges that connect Mexico and Venezuela. One of these is solidarity, support and a social commitment to seeing our countries happier, more united and stronger.

I met Luis Carlos IRL for the first time at the Budapest GV Summit back in 2008. Venezuela was a name on a continent for me before Luis Carlos and dear roomie Laura Vidal. I remember a deep conversation with him and [Egyptian activist] Alaa in the Budapest hotel lobby. From afar, I had trouble telling who was who with those two. Maybe a common activist DNA? And I remember him rushing off looking for a stable connection for radio items or Skype. Budapest-Caracas. Ten years back, it was still glamorous and adventurous.

I had a conversation with Luis during the last Summit in Colombo. It was one of those group dinners we had in one of those restaurants. I recall asking him why he had not left Venezuela, despite having more than enough opportunity to do so. And his response struck me: his love for his country was so evident. He chose to remain because he is convinced of the greater service he will render staying back at home rather than being a migrant in another country.

This was quite edifying for me. Luis’ decision is heroic and a great lesson for many of us. As activists who labour to see the best for our countries and the world in general, Luis is a model worthy of emulation. Our countries are ours, and we have to take care of them. That's what Luis taught me. A stance that he has made his life project. And his labour shall not be in vain!

I met Luis Carlos in person in Colombo, Sri Lanka. I knew of his fame, which I'm sure everyone in Global Voices knows about, but I had never been in communication with him, let alone had a conversation. Until he arrived at the meeting of our community in Colombo. We shared a table for one of the breakfasts or lunches. He offered to accompany Lourdes and I to go shopping and stroll the streets of Colombo. Halfway round, we met a large group of other Global Voices friends. We returned together on the train, as evening of this unforgettable day was falling.

For Human Rights NGOs [in Venezuela] Luis Carlos has been our social media teacher since they started to become popular in Venezuela. In 2010 I was detained during a protest in Maracay and it was a message through Twitter that called the attention to our case nationally and internationally. After this, it was Luis Carlos who explained to me, patiently, the logic behind all this connectivity in social media and its potential for human rights work. He would become our regular visiting teacher for social media workshops organized by Venezuelan civic society.

I admire Luis Carlos’ tenacity, his engagement with journalism, his professionalism, but mostly, his big heart. I have get to know Venezuela through his eyes and words. His love for his profession and his country is undeniable. He's always ready for a good conversation, I'm honored to be his friend.