Is Algeria considered "less worthy of attention" in English-language media? 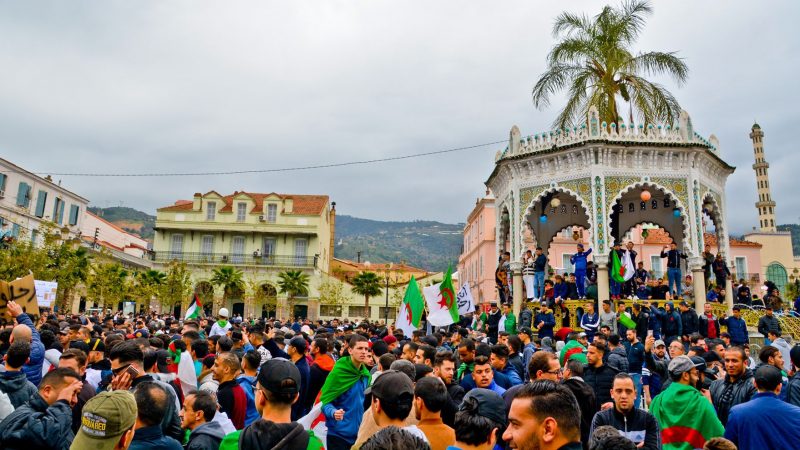 Editor's note: Since the original publication of this article, the Algerian president Bouteflika has officially resigned from his post.

Since February 16, 2019, protests have rocked Algeria as citizens fight against President Abdelaziz Bouteflika's candidacy for a fifth presidential term. On March 11, Bouteflika announced that he would not run for office again.

Since then, large-scale protests have continued. In the meantime, the government has announced that a national conference will be held to define a new constitution that would, by the end of 2019, allow Bouteflika to extend his fourth term, set to end on April 27, 2019. This amendment is drawing objections from the country's population in an increasingly tense face-off with uncertain outcomes.

The uncertainty gives rise to various interpretations of the possible scenarios. Western media, alarmed by the unprecedented protests, is trying to decipher the reasons why Algerians have taken to the streets.

Yet English- and French-language media use fundamentally different approaches, seen notably through the use of particular keywords observable on Media Cloud, an open-source platform for analyzing media ecosystems.

Media Cloud makes it possible to quantify, evaluate, and refine journalistic coverage of the protests based on geographical location or linguistic distribution worldwide. Media Cloud confirms the disparity in media coverage of Algeria.

Over the same time period, the percentage of articles in French-language media mentioning the protests ranged from 0.4% to 4.5%. Granted, France's colonial, historical ties to Algeria have played an important role in this disparity. To put the countries’ ties in context, Algeria became a French colony in 1830 with the invasion of Algiers and remained a colony until 1962, under a variety of governmental systems. Algeria obtained Independence following a prolonged, deadly war from 1954 to 1962 that left many scars. Still, the average gap between English- and French-language media on the coverage of the latest Algerian events remains considerable:

Another notable difference is that events in Algeria are considered “less worthy of attention” in English-language media when compared with French.

Kamel Daoud, a columnist for Point and Le Quotidien d’Oran, or the Oran Daily,  wrote that Algeria must free itself from the judgment of foreign media:

Above all, an unfortunate reality is obvious: we are not free from France if its reaction matters so much to us, to the point of pushing us into a frenzy or nationalist fervor (…) Asking, demanding, shouting about obligations of recognition or denouncing a lack of knowledge only proves one thing: we are still not completely free and capable of freedom. Our country cannot be built by this dependence, nor by voluntary confinement in a childish demand for global “justice.”

Here are the top keywords most often cited in English-language media on the subject of the Algerian protests:

French-language news sources emphasize the issue of the president's terms and highlight the parallel with the movements in France and law enforcement. The English-language sites, on the other hand, link the events to the upcoming elections, mentioning Trump, Venezuela, and Sudan.

In the New York Times, Adam Nossiter reflected on an insular group's grip on power in Algeria, quoting a protester who described the government as “like a clan.” On Al Jazeera, Youcef Bouandel put Algeria in the context of the Arab Spring in 2010. For the BBC, Ahmed Rouaba chose to focus on the impact of social networks:

The demonstrations are being organised on social media — and while the trigger has been Mr. Bouteflika's re-election bid, anger is also being expressed about perceived deep-rooted corruption among the ruling elite.

In the Nouvel Obs, Pierre Haski wrote about the strange silence of the French government during the unrest. For France 24, Marc Daou reviewed the reactions of neighboring countries: in Tunisia, the government believes that the “Algerian people have the right to express themselves,” while in Morocco, according to Daou, “many Moroccans have welcomed with some satisfaction what they consider to be a withdrawal of the Algerian president in the face of the country's youth.”

In short, English-language newspapers seem to be returning to well-established narratives, while the French-language media are trying to adapt to a constantly changing reality that has a definite impact on the region.

This more complex vision in the French-language media is supported by refined analysis and extensive coverage of demonstrations by Algerian journalists who are on site and thus able to give a more diverse perspective.