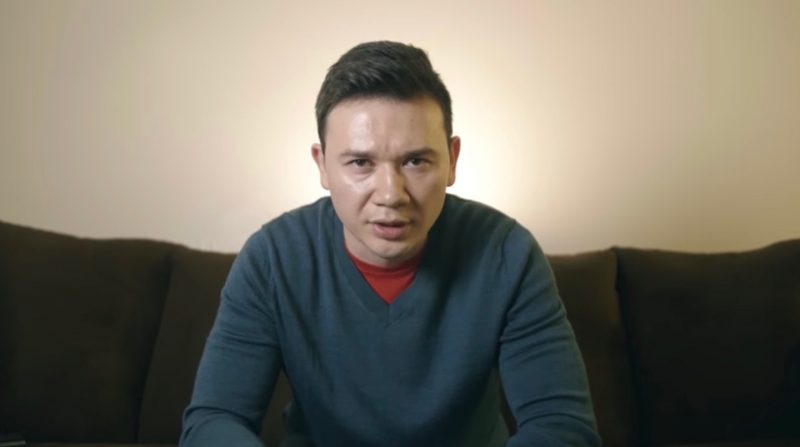 Mirshad Ghalip, an Uyghur man born in China has made an impassioned video to save his mother, 58-year-old Zumret Awut [1], from what he calls a Chinese “concentration camp.”

Ghalip believes that Zumret Awut is one of more than a million prisoners stuck in China's dystopian system of “re-education” in Xinjiang. He admits, however, that he cannot be sure she is still alive.

His mother was interned into the system in 2017, the same year that stringent population controls went into effect across Xinjiang under the leadership of regional communist party boss Chen Quanguo.

China has described Xinjiang's “vocational and education centres” as being voluntarily attended and aimed at combating separatism and religious radicalism.

Mirshad Ghalip's powerful testimony shows that anybody can end up in these centres, even if they had never come under suspicion of the state before.

To be viewed as in need of “re-education”, it is sufficient to have links with foreign countries — both Mirshad Ghalip and his sister study abroad.

As the largest non-Han ethnic group in the region, Uyghurs are believed to make up the majority of residents in China's internment centres.

Until recently, however, many Uyghurs outside China have been reluctant to speak up about the suffering of their relatives in Xinjiang.

Kazakhs — the region's second-largest non-Han Chinese group — have benefited from more vocal and better-organised representation [2], mostly due to the work of [3]activists [3] in China's Central Asian neighbour Kazakhstan.

The #MetooUyghur campaign [4] did much to change the broad Uyghur silence that Ghalip says “is exactly what the Chinese Communist Party wants.”

But Uyghurs and people of the other majority-Muslim groups hailing from the region continue to express disappointment over weak diplomatic efforts on Xinjiang.

In a move highlighting the extent of China's economic leverage in many parts of the world, the Organisation of Islamic Cooperation — a body consisting of 57 Muslim states — affirmed that it “commends the efforts of the People’s Republic of China in providing care to its Muslim citizens” as part of a resolution [5] adopted during a gathering of foreign ministers this month.

Diplomatic dynamics of this nature leave Mirshad Ghalip and others like him no choice but to speak out louder and campaign harder for the freedom of their loved ones.

The Xinjiang Victims Database [6] is the largest searchable English-language database relating to victims of the ongoing repression in XUAR.