Is the Haitian parliament's revocation of Prime Minister Céant another feat of zero-sum game politics? 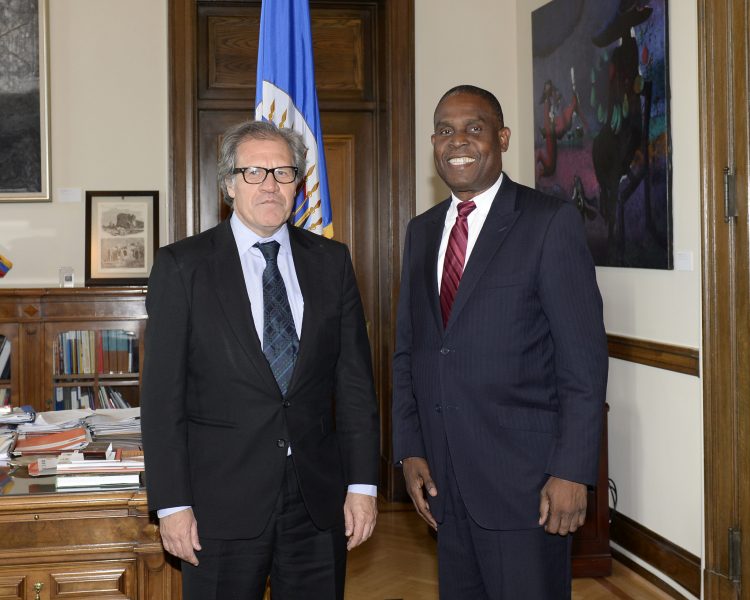 It is a tradition of modern Haitian politics that the prime minister serves as a buffer to the president and is usually the one to be sacrificed when the government is under pressure. Jean Henry Céant is that buffer. As president Jovenel Moise's pick for prime minister (who hoped he was the right man to reverse the country's socio-economic crisis), Céant took office in September 2018. Now, six months later, the Haitian parliament sealed his fate, just as it did with his predecessor Jacques Guy Lafontant.

On March 17, the Lower Chamber handed down a vote of no-confidence in Céant, with 96 deputies voting to remove him. A minority of six lawmakers voted in his favour, while three others abstained:

#Haiti‘s Lower Chamber of Deputies just voted 93 to 6 with 3 abstentions to fire PM @jeanhenryceant and his government. Céant was not present in the chamber and there was no debate, which is unusual for a chamber that likes to talk.

The crisis has undoubtedly worsened since Céant took charge, but even though his measures were struggling to take effect, the prime minister showed interest in tackling its underlying cause.

At times, he even displayed leadership, like in his address to the nation after the street protests, in which he adopted a more conciliatory tone than President Moise, whom many felt missed the opportunity to show that he had a good grasp of the nation's troubles. As far as the public was concerned, it was the prime minister's speech that brought some appeasement after the 10-day riots, not the president's.

Céant is not the first to face such an undignified dismissal. In April 2008, the Haitian Senate, bolstered by mob pressure, conducted a special session to end Prime Minister Jacques Edouard Alexis's tenure during President Rene Preval's second term in office, after he failed to respond to intense food riots that were consuming the nation.

Alexis’ successor, Prime Minister Michelle Duvivier Pierre-Louis, lasted just one year in charge. The Senate removed her in October 2009 over allegations that she had not addressed the crisis as promptly as expected, as well as for mismanaging 197 million US dollars that had been allocated for emergency relief following the devastation caused by four hurricanes that struck the country in 2008.

Haiti's Lower Chamber also showed prime minister Lafontant the door because he could not manage the social unrest provoked by the government's attempt to raise fuel prices last summer.

The situation is slightly different this time, though. The violent protests that shook the country in February were calling for a clean slate and the resignation of President Moise. Nobody was demanding the head of the prime minister, which has led many to assume that the cause of Céant's dismissal may not have been rooted in public dissatisfaction, or related to how the population thinks he managed the crisis:

They came to censure the PM, not to interrogate him about anything else. This was not really an interpellation. There is nothing the PM could have done to gain a vote of confidence from the lower Chamber. Too late now. We are back to installing a new PM for 6 months. pic.twitter.com/61BuNg5jmD

At first, Céant tried to fight back, saying that the revocation of his post was illegal and unconstitutional, and that he was still the prime minister. As it turns out, his uneasy cohabitation with the president may have cost him the job:

@jeanhenryceant said: “The president @moisejovenel must work with me to find #KotKòbPetroKaribeA [Where is the PetroCaribe money]”.

According to Gary Bodeau, the president of the Lower Chamber, the focus is already on finding a new prime minister who will not be a challenge to the president or his priorities:

The way @garybodeau is speaking on @Magik9haiti on the profile of next #Haiti Prime Minister sounds like he already has a name not just a description of this “technician who can combat corruption, contraband” “and not be in conflict with the president.” https://t.co/zX3J3w5gbm

Ceant's situation is mostly similar to Garry Conille who served for four months as prime minister during Michel Martelly's presidency. Conille resigned in February 2012 due to political infighting with president Martelly and his insistence on the audit of millions of dollars of post-earthquake contracts held by the previous administration. The Martelly circle opposed this move as that could affect people associated with the president, which obliged Conille to resign.

On March 21, as President Moise nominated his minister of communication, Jean Michel Lapin, as the new interim prime minister, Céant finally submitted his resignation letter, leaving Haiti's political establishment up for a new power struggle while the country's real economic crisis bubbles on the back burner.

This new reshuffle is impacting the government's capacity to provide timely and effective response to the crisis. On March 7, the International Monetary Fund (IMF) agreed to provide 229 million US dollars to the country at zero per cent interest rate over three years, but the IMF has announced this money will not be disbursed until a new government is in place:

No I warned that this was going 2 happen in my story on the firing of @jeanhenryceant and impact of #Haiti’s poor timing. It’s costing the government $100 M that it currently doesn’t have given that fuel boat now on day 24 at cost of $20K-$25K per day https://t.co/zX3J3w5gbm https://t.co/aZLI7QRCFb

United States Senator Marco Rubio recently travelled to Haiti to reinforce his country's position as a firm supporter of the Haitian president's call for dialogue. Moise was among the Caribbean leaders invited by US president Donald Trump to Mar-a-Lago, Florida, on March 22 to discuss opportunities for investment and stronger cooperation:

Met with President of #Haiti @moisejovenel to discuss the importance of dialogue towards elections in October. Thanked President Moïse for his support on #Venezuela and spoke about exploring opportunities to partner on economic development & stopping drug trafficking. pic.twitter.com/3V4N84FPGu

This continuing support has surely strengthened President Moise's hand in the shaky chessboard of Haitian politics, but the new change in government may very well indicate a desire to gain firmer control of the state apparatus to protect narrow political interests at the expense of finding lasting solutions to the country's ongoing crisis. The moment that former prime minister Céant expressed a willingness to address issues sensitive to president Moise, like the PetroCaribe controversy and the recent arrest of armed US citizens in Haiti, he may have engineered his own downfall.