In India, a video brings awareness to children suffering from mumps

The mumps vaccine is not included in the Immunization Programme 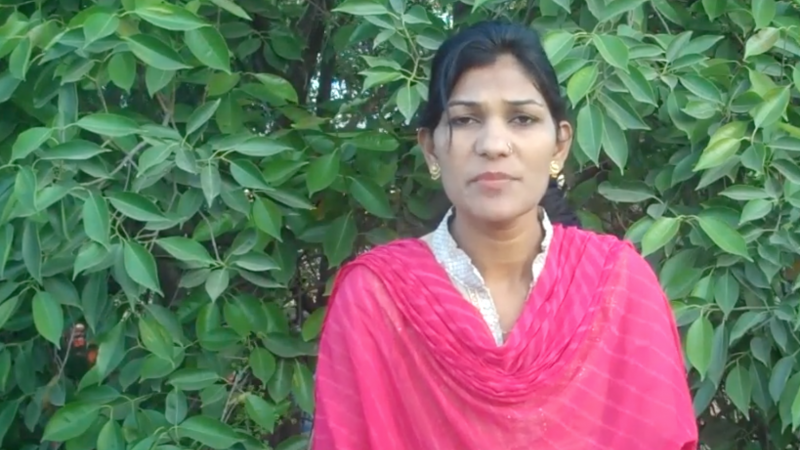 This post was written by Grace Jolliffe and originally appeared on Video Volunteers, an award-winning international community media organisation based in India. An edited version is published below as part of a content-sharing agreement.

Mumps, a highly contagious viral disease, continues to spread unabatedly in India, mainly because the widely available vaccine is not included in the free Universal Immunization Programme (UIP) of India. Video Volunteer Community Correspondent Shabnam Begum produced a video reporting the outbreak of illness at a primary school in Danganj Bidur village, Varanasi which brought widespread attention to the problem.

Shabnam, formerly a teacher, hails from Varanasi, Uttar Pradesh. Here is her video:

“When we looked at the attendance roster, we realised that many children were absent. We found that the children had mumps,” says Ramchand, a teacher at the primary school.

According to the WHO, mumps is an infection caused by a virus and spread human-to-human via direct contact or by airborne droplets. It is a mild childhood disease, most often affecting children between five and nine years old. However, the mumps virus can infect adults as well, and when it does, possible complications are more likely to be serious. Complications of mumps can include meningitis (in up to 15% of cases), orchitis and deafness. Very rarely, mumps can cause encephalitis and permanent neurological damage.

Vaccines to prevent the diseases have been available since the 1960s and globally, 120 countries have included the mumps vaccine in their national immunisation schedule. India, however, is yet to follow suit.

After Shabnam produced the above video highlighting the outbreak of the disease, she screened it to the doctors at Cholapur Community Health Centre at Cholapur block in Varanasi. The doctors then visited the school where all the students underwent a thorough check-up and were given medication.

Shabnam who works on health, education, sanitation, and gender says that she would like to continue using her camera as a tool to amplify the voices of marginalised members of her community. And to continue to create awareness and mobilise her community.