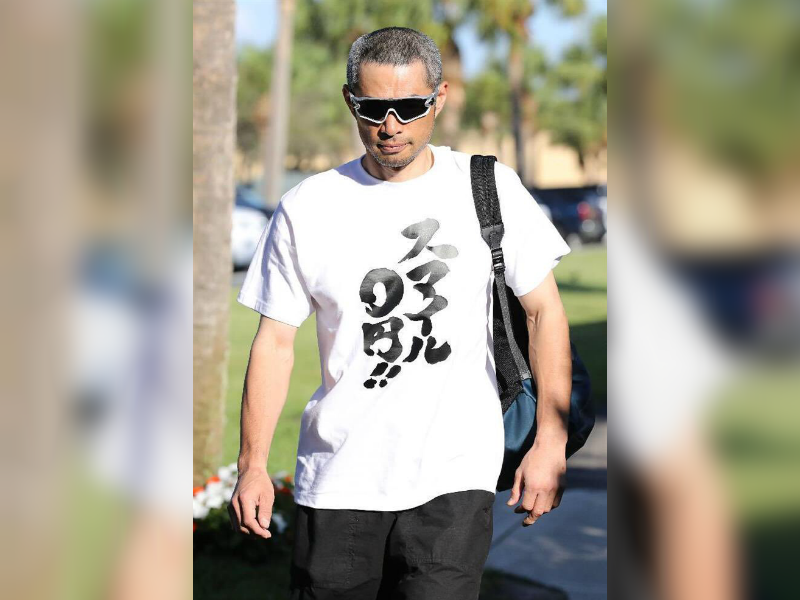 On Thursday, March 21, Ichiro Suzuki, the most prolific slugger in baseball history, announced his retirement in front of fans at a Major League Baseball (MLB) exhibition game in Tokyo Stadium.

A baseball icon on both sides of the Pacific, Japanese fans both lamented the end of his baseball career and remembered one of Suzuki's more colorful idiosyncrasies: his habit of wearing extremely odd t-shirts to baseball practice.

In the day or so following Suzuki's retirement announcement the hashtag #イチローＴシャツ (“Ichiro T-Shirt) reappeared as a trend on Twitter.

Many thanks, superstar! ✨ #Ichiro  #IchiroTShirt

Now 45, Suzuki, known simply by his first name “Ichiro” to fans in Japan and around the world, started his professional career playing for Kobe's ORIX Buffaloes before playing for the Seattle Mariners in the American major leagues. Suzuki played short stints with the New York Yankees and Miami Marlins before returning to Seattle to finish his career. Along the way he developed a reputation for methodically stripping away everything from his life except baseball.

As a result of his focus, hard work and innate talent, Suzuki has set multiple batting records, including the American Major League Baseball (MLB)'s single-season record for hits, and ten consecutive 200-hit seasons, the longest streak by any baseball player in history.

Suzuki has also bemused fans with the unusual t-shirts he wears to training camp.

Twitter user Tatsuno Shinji has compiled a series of tweets that document many of the unusual t-shirts Suzuki has worn over the years.

Here's a selection of Ichiro t-shirts sent to me by a friend (who has no connection to Suzuki, nor is the owner of these images)

At a press conference announcing his retirement, Ichiro was inevitably asked about the meaning of his t-shirts:

When asked “What message are you trying to convey when you arrive at training camp wearing your unique t-shirts?” Ichiro replies, “I think it would dispel some of the magic and intrigue if I started talking about the t-shirts, so I think it's better if I don't say anything at all. It's up to the fans to interpret what the t-shirts mean. Sometimes fans can figure out what I'm trying to say, sometimes they come up with their own, original interpretations.”

More of Suzuki's amusing and offbeat t-shirts can be found on blogging site Naver Matome, on Twitter and on various blogs.