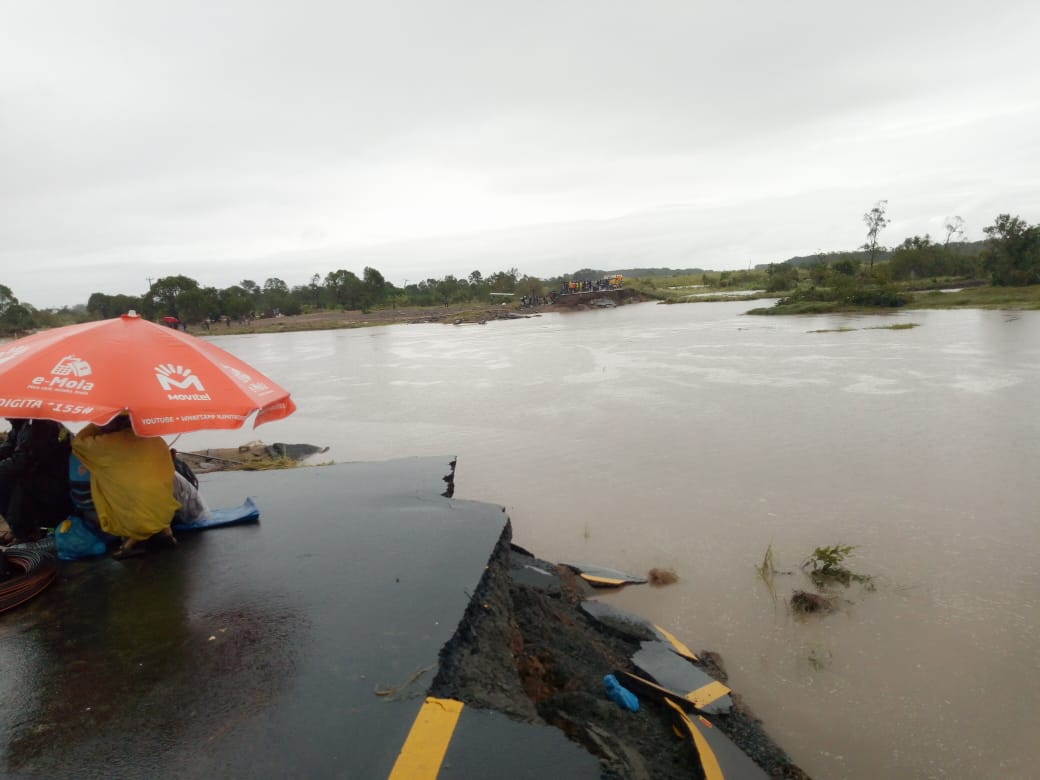 The aftermath of the cyclone in Beira. Photo by Juliano Picardo (19 March 2019), used with permission

Cyclone Idai hit southern Africa between 15 and 19 March and has already left over 350 dead and more than two million homeless across the region, specifically in Zimbabwe, Malawi, and Mozambique, with the latter being one of the most affected.

The category four cyclone formed on 4 March in the Mozambique Channel and hit the continent at the coastal city of Beira, the second largest in Mozambique with over 500,000 residents. Winds of 180 to 220 km/h were recorded, and over 160mm of rain caused sudden floods.

The number of deaths confirmed in Mozambique exceeds 200, according to the government, but it is thought to be much higher. The government estimates that more than 350,000 people are in a “state of constant risk”. The Red Cross reports that Beira could have had 90 per cent of its infrastructure destroyed, saying that “the scale of devastation is enormous.” The Mozambican provinces of Manica, Tete, Zambézia e Inhambane were also affected.

Provisional figures indicate the destruction of 23,000 houses, 616 classrooms, 30 clinics, bridges, and other infrastructure, alongside electricity cuts, and devastated agricultural land across 274,131 hectares. The collapse of telecommunications towers has also cut telephone and internet connections in the region.

Idai is the most violent cyclone to hit Mozambican territory since 2000. The United Nations said that the disaster left in its wake could be the worst ever in the southern hemisphere.

On Tuesday night, 19 March, the Mozambican government declared a state of emergency and national mourning for three days. While torrential rains and strong winds had been foreseen, the magnitude of the disaster was unexpected, and it has lead President Filipe Nyusi to cut short his state visit to the Kingdom of Eswatini. 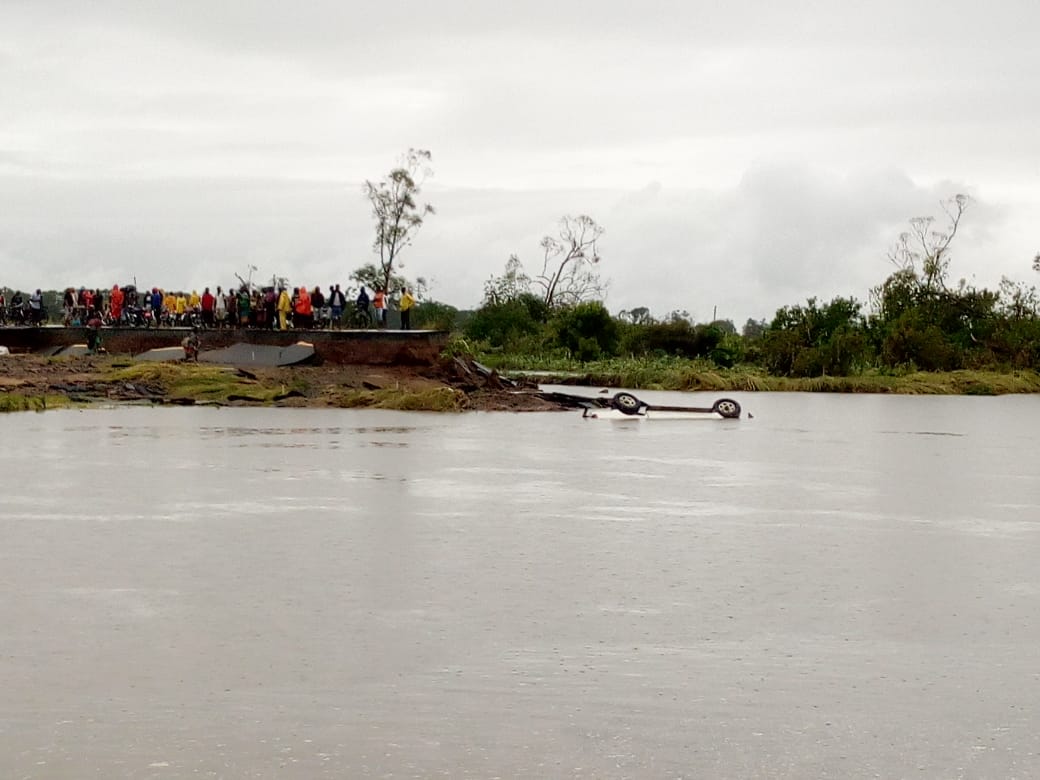 The aftermath of the cyclone in Beira. Photo by Juliano Picardo (19 March 2019), used with permission

“It is really a humanitarian disaster of great proportions” was how Nyusi described the situation in a statement to the nation broadcast live on the state television channel, Televisão de Mocambique.

After having flown over the most affected areas, Nyusi explained that in Nhamatanda district, Sofala, rivers’ waters burst their banks due to the high water flow in the water basins of Búzi and Púnguè:

The waters of the rivers Púngoè and Búzi overflowed making entire villages disappear and isolating communities, you can see bodies floating, and roads totally surrounded by the waters

“It is all destroyed”, lamented the Minister of Land, Environment and Rural Development, Celso Correia.

“The brutal force of the waters was such that it managed to destroy what for us had been unthinkable,” commented the Minister of Public Works, Housing and Water Resources, João Machatine, about the destruction of the new National Road No. 6. The road had opened only in late 2018 and connected the Port of Beira to inland regions. Machatine said that it had “toughness that was supposed to withstand any type of bad weather”.

The spokesperson for the UN World Food Program Hervé Verhoosel, told AFP “I don’t think that the world (has) realised the scale of the problem yet”.

On Tuesday 19 March, in a river in Manica province, ten bodies were found, most likely of people who tried to flee the intense rains by making the crossing. On that day, numerous people in Buzi were still holding on to buildings calling for help:

United Nations in Mozambique: Images taken this morning in Buzi District by the team of the National Institute for Managing Disasters. Rescue teams are searching with the support of United Nations

Rescue teams reported seeing children clinging to trees, and when they lost strength, they were swept away by the current.

In order to minimize the suffering of the displaced populations, various international and national teams are in the affected areas to deliver assistance. Despite the cyclone having passed, the victims continue to struggle with heavy rains, making the arrival of aid difficult, as was recounted to DW África, on a story dated 18 March, by the spokesperson for the National Institute for Managing Disasters, Paulo Tomás:

Our storehouses were destroyed. It is necessary to deliver food aid by air to some areas where it is not possible to travel by land. There are also difficulties for communications with some places. These are the biggest difficulties at the moment. And the city of Beira has no energy, so there is no water available.

Faced with the inaccessibility of land routes, India decided to divert naval ships to Beira, a port city, to deliver immediate aid to and help those affected. The ships hold food, clothing, and medicine, as well as three doctors and five nurses to give immediate medical assistance.

South Africa sent more than 100 divers supported by three helicopters to rescue families who found themselves trapped by the overflowing waters of the Búzi and Púnguè rivers. Verhoosel, who is coordinating the humanitarian response of the United Nations Mozambique, made an appeal for the collection of around 40 million US dollars alongside other partners.

The European Union made 150,000 euros available to the Red Cross of Mozambique, while the Portuguese branch of Caritas, a charitable Catholic Church organisation, announced the donation of 25,000 euros. The oil company Anadarko pledged to give 200,000 dollars. 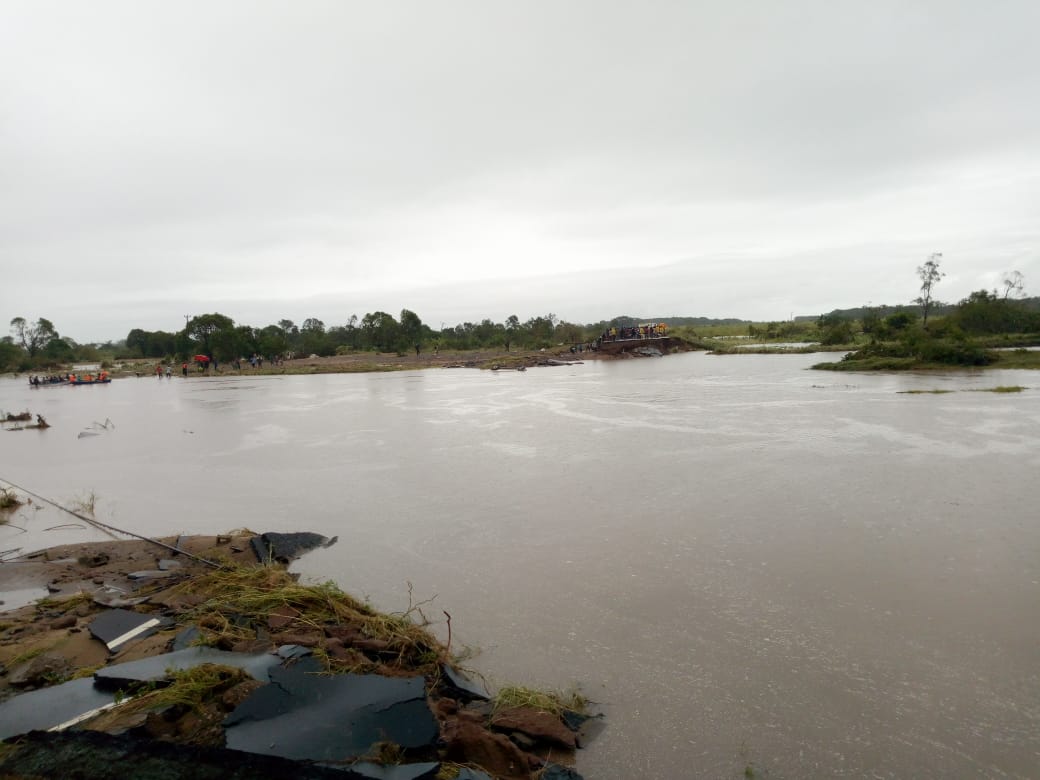 After the cyclone in Beira. Photo by Juliano Picardo (19.03.2019), used with permission

A plane with UN food aid landed on Sunday, March 17 in Beira with 22 tons of fortified biscuits to feed 22,000 people for three days:

Response to #CycloneIdai in Sofala: @WFP rushed four tonnes of high-energy biscuits early today to assist people stranded in #Nhamatanda district after rising floodwaters burst a major dam on Saturday. It's part of 20 tonnes airlifted into Beira on Sunday from @unhrd in Dubai. pic.twitter.com/ymVs5ZCse9

On social media there have already been numerous appeals and fundraisers organised by Mozambicans to help the victims of the cyclone, such as this one from Porto de Maputo:

Porto de Maputo announces a ship for the transport of humanitarian aid for victims #IDAI “we call for the goods to be delivered as early as possible, between 7:30 and 16:00 to the Port’s Cabotage Depot (access by Av. Mártires de Inhaminga)”