This cocoa butter is made from chocolate scraps 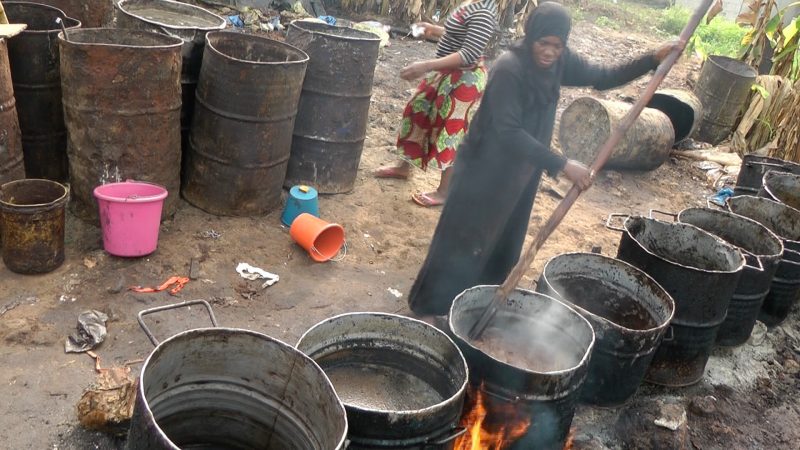 Traoré, who lives in the major metropolitan city of Abidjan, buys several tons of chocolate scraps every few months from a chocolate factory in Youpogon, a neighborhood of Abidjan.

The factories have sold the majority of the cocoa paste to companies in Europe and discard the plastic bags which stored the chocolate. Once home, Traoré scrapes the small chocolate scraps from the bags and collects big piles of the fragrant dark chocolate paste on a tarp.

Using wood fire to boil multiple metal cauldrons of water in the tropical heat, Traoré melts down the chocolate scraps and renders the cocoa butter. In December 2018, Lemke narrated and shot this video to explain the entire process, with an in-depth interview with Traoré.

The cocoa butter is a sought-after commodity in the region. Traoré sells her butter mostly to women who use it to make the Kabakrou soap, famous locally for being an effective and cheap product to wash clothes or kitchen plates. The original Kabakrou soap is a hard, ball-shaped soap usually made from palm oil and caustic soda mixed with water. 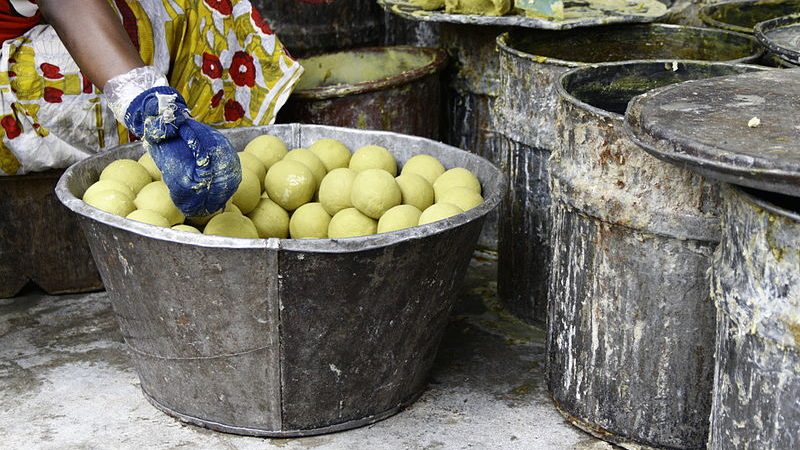 The soap can be sold in bulk or on a per unit-basis in several cities of Côte d'Ivoire as well as in neighboring countries of Mali and Burkina Faso. The price of one big unit is 200 CFA Francs (0.346 USD). Traoré's cocoa-based soap is an intriguing alternative to the more standard palm-oil based Kabakrou soap.